He has surfed 20-foot waves, is strangely becalmed when being pummelled by breakers and has an uncanny ability to capture it all in pictures. Surfer, photographer and cinematographer Jon Frank is a story in himself. 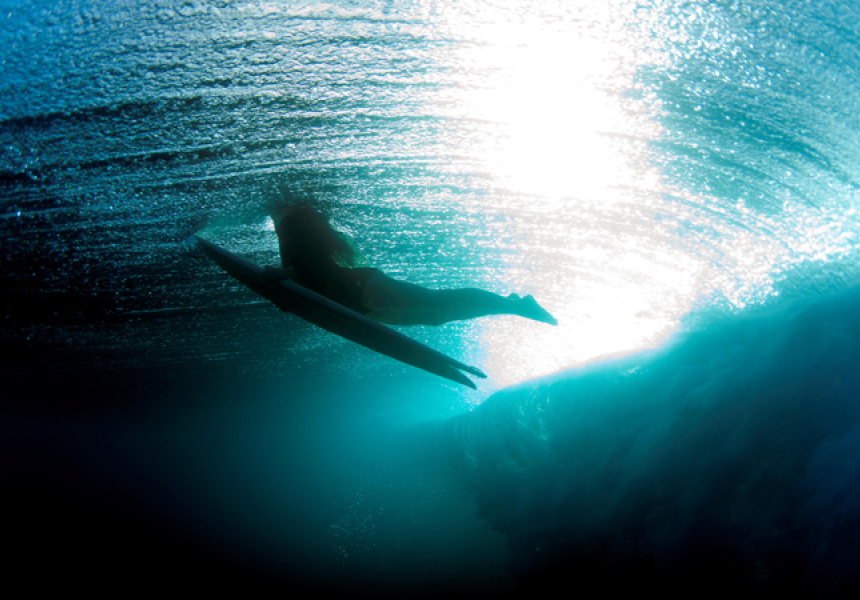 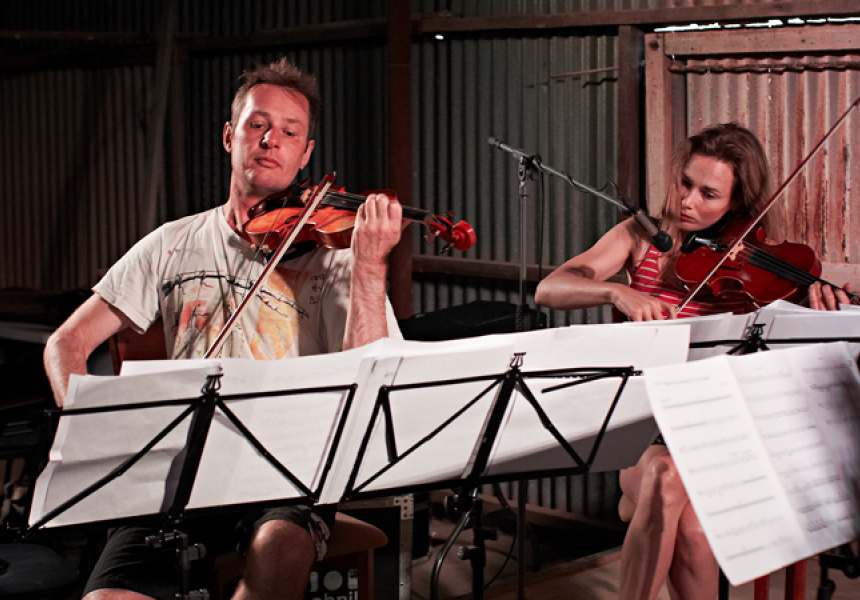 Jon Frank had his own Puberty Blues moment when he was just 10 years old. It was the 1980s and the recently arrived young Londoner was wandering along the main street of Cronulla, wide-eyed and gaping at the bronzed blonde surfers with their chicks in crocheted bikinis following in hot pursuit.

It didn’t take long for Frank to immerse himself in that very surf culture, and surfing quickly became an addiction that would shape the rest of his life. But even in his wildest dreams, Frank could never have foreseen the doors that surfing would open, from working on the biography of dual world champion and Australian professional surfer Mick Fanning to ongoing collaborations with violinist and festival director Richard Tognetti (also an accomplished surfer).

Frank fell into surfing in his early teens, while the rest of his friends were diligently studying. He dropped out at 17, working factory jobs and night shifts to fund his growing obsession with the water. It was during his long days and early mornings in the surf that it slowly dawned on Frank exactly what he wanted to do with his life: photography.

“When you’re surfing, you’re immersed in your environment, literally in it,” he says. “I was privy to some pretty incredible moments in the water, some stunning natural scenes. The light would catch my eye and I would see things I’ve never seen reproduced in any other way. It’s really naff and clichéd, but the world looked right when looking through a viewfinder.”

He enrolled in a TAFE course in film and television, borrowed his older brother’s Pentax SLR and began experimenting, slowly earning a reputation through his work as a photographer for American Surfer Magazine, Australian magazines Surfing World and Waves and illustrating numerous books. Of course, he kept surfing all the while, chasing the waves around the world from Hawaii to Tahiti and Indonesia, befriending some of the world’s top surfers (he considers Fanning and local professional surfer Nathan Hedge among his closest mates), documenting what he saw from behind the lens. His extraordinary photos, which go far beyond surf photography to document the power and beauty of the ocean itself, have won numerous awards in Australia and abroad.

As much as he loved his photography, it was proving tough to pay the bills. While his colleagues diversified into wedding or fashion photography, Frank decided to start shooting motion pictures. He was shooting the award-winning musical surfing documentary Musica Surfica on King Island when he met Tognetti, a surfer with similarly eclectic tastes to Frank. The pair hit it off immediately. It was during Frank’s visit to Tognetti’s Maribor Festival of experimental music in Slovenia that he was invited to collaborate with Tognetti on a project with the Australian Chamber Orchestra.

That was in 2009 and the pair has now worked together on five projects, including The Glide, The Crowd and The Reef, their most ambitious undertaking to date. The Reef combines music, surfing and nature and is the result of a crew of surfers and musicians who undertook a two-week safari to Gnarloo Station in Western Australia, where the ocean meets the desert. Frank’s stunning sequence of images and footage on and under the water and from the land form a backdrop to the orchestra as they play music as diverse as the images behind them, from Beethoven and Ligeti to Seattle grunge band Alice in Chains, American folk singer Pete Seeger and original compositions from Tognetti, Steve Pigram and Iain Grandage. It is a surprising and engaging sensory experience: music that enhances the visuals and imagery that heightens the sound.

Nonetheless, it has not been to everyone’s taste. Last year the ACO’s regional touring and development orchestra, ACO2 premiered the work and, while it was well received critically, it had a mixed response from some of the orchestra’s more traditional followers. “Some people get pretty upset when you start projecting images up behind the orchestra,” Frank says. “Classical music can get pretty rarefied and pretty elitist and pretty full of shit, like so much of the art world. [But] Richard is a bit of a renegade and he’s quite happy to turn it all upside down. And why not?”

It may not be considered highbrow enough for the musical elite, but the surfing community has embraced it with The Reef this week awarded the surf cultural award at the Australian Surfing Awards in Sydney. Such was the demand for The Reef that the concert itself will, on Sunday, continue a national tour from Melbourne, this time performed by the main company, the ACO.

“If I think about the trip to Gnarloo, all I can think about is being out in the water with the desert wind, the spray coming off the back of the waves,” says Frank. With poetry like that who could argue?

Dates & venues for The Reef: