When a florist and a candle maker team up, the result is nothing short of hedonistic. Florist and artist Lisa Cooper met candle maker Elise Pioch of Maison Balzac at a whiskey-themed dinner party, when the pair were seated beside one another. The coupling was near instant creative harmony. One has a penchant for only the wildest, most enchanting blooms, the other a particular talent for evoking memories, time and place through scent. By the end of the evening a collaboration was planned, and scheming for a new fragrance and candle began.

The result is 1642, a rich aromatic recipe of violet, blackberry, cedar, patchouli and peony. “It was my role to conceive the candle and it was [Elise’s] role to create the candle,” says Cooper. Created to awaken the perfumes of a 17th-century still life by Flemish Baroque painter Adriaen Van Utrecht titled Vanitas – Still Life with Bouquet and Skull. The candle is an experiment in olfactory experience, encouraging you to smell rather than see the painting, engaging alternate senses.

“We both wanted to create a scent that really pulled you into the painting,” Cooper says. “I chose that painting because of all it represents about my perception of flowers and my approach to flowers and how they remind us that we live and we die.”

The creation of the scent and production of the candle was precise – a series of test concoctions followed by a fractioning process whereby Cooper and Balzac would experience the scent by half and by quarters before realising how the fragrance would react to wax. “There was a great connection between us with this candle,” Cooper says. “For two people that are so definite about their aesthetic, it was pretty amazing.” 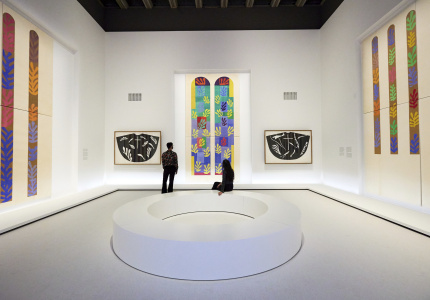