At the Australian Design Centre’s Transformative Repair exhibition there’s a lounge incorporating fashion designer Bianca Spender’s fabrics, a revamped Vespa that once belonged to actor Yael Stone and an axe donated by environmentalist Tim Flannery. It shines a light on sustainability, and the practice of mending rather than discarding. 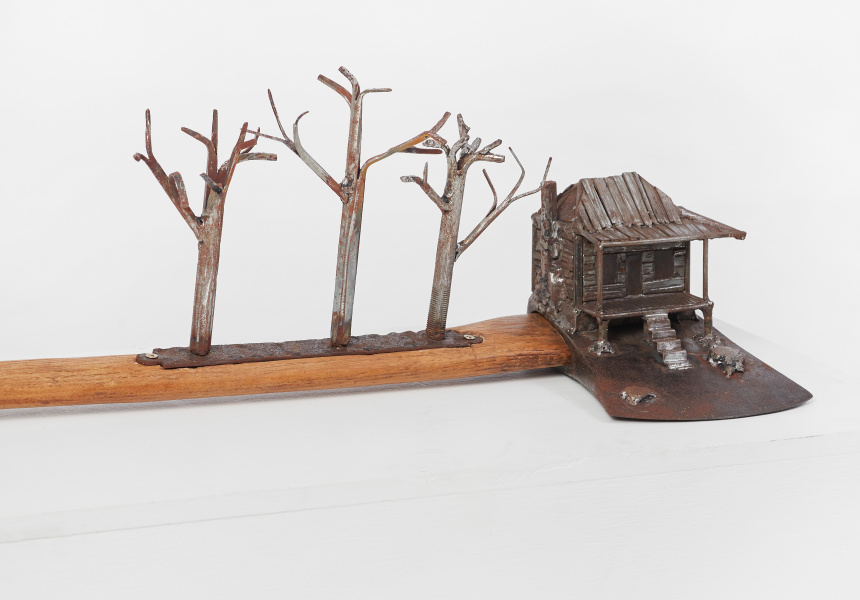 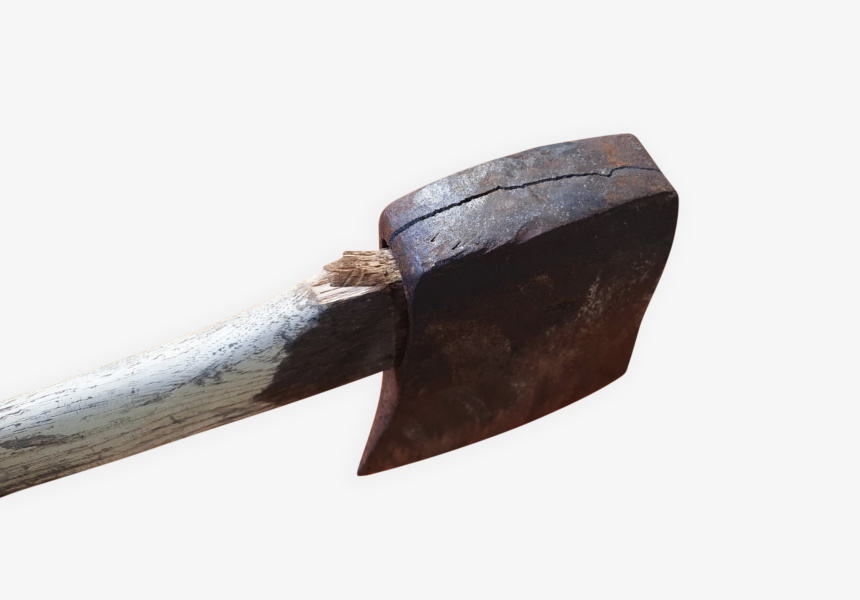 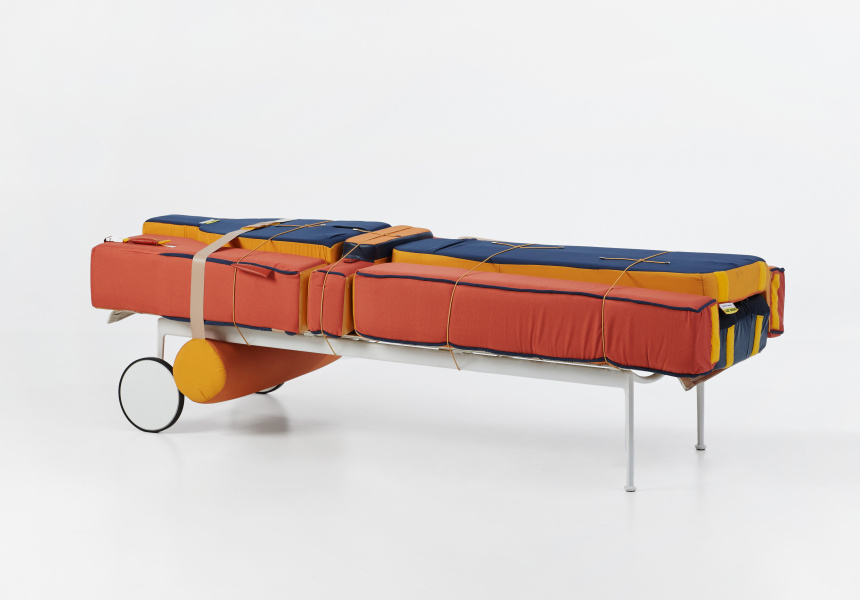 For years Orange Is the New Black actor and environmental activist Yael Stone loved nothing more than zipping around Sydney on her red Vespa, attending auditions and catching up with friends. But over time it began to break down. Her attempts to have it repaired proved futile, so it hung lifeless in the front of her house, leaving her with pangs of guilt each time she passed it.

When Trent Jansen, Stone’s friend, fellow activist and artist, suggested she donate the Vespa to an industrial designer to repair and repurpose, she leapt at the chance.

Stone’s Vespa is one of nine preloved objects that have been donated by leaders in the arts, fashion and climate activism for Transformative Repair, an exhibition and auction at the Australian Design Centre in which local designers and artists use their creative skills to create beautiful “new” art and design objects.

“We took Yael’s scooter to David Caon, a transport-automotive designer who has a car obsession [and] the right skill set to do the technical work,” says organiser and enterprise fellow at UniSA Creative, Guy Keulemans. “It was a bit of a puzzle for him because it had some difficult electronic issues, so it took months to work out.”

The Vespa – transformed from bright red to elegant blue-grey – is now in beautiful working order and available to buy. “It had a lot of sentimental value to Yael but she’s philosophical and happy for it to have another life,” says Jansen, an artist and lecturer at UNSW Arts, Design & Architecture.

Other items have been donated by designer Bianca Spender, designers Campana Brothers for Edra, and Flight Facilities musician Hugo Gruzman.

Scientist, explorer and conservationist Tim Flannery contributed a much-loved but cracked axe, which has been completely transformed (and repaired) by Nyikina artist, metalsmith and craftsman Illiam Nargoodah into an exquisite artistic tableau featuring a little diorama of a woodcutter’s hut. Los Angeles-based Australian artist Lucy McRae has taken unsold garments by Spender and a vintage Knoll chaise longue and used them to create a lounge built for “emotional survivability” – after removing the cushions, you can actually lie inside it.

“It feels like a hug,” says Jansen as he reclines in the lounge cradling the cushions to his chest.

The idea for the exhibition, for both Keulemans and Jansen, took shape early in their careers. “As a designer I’ve always struggled with the environmental cost of making, even back when I was doing my [undergraduate degree],” Keulemans tells Broadsheet. “So I started developing my own personal repair practice – creative forms of repairing an object, such as a chair, as an artform rather than just having a functional purpose.” Jansen, an adaptive reuse designer in his own right, was the natural partner to curate the exhibition.

A smaller-scale project was run by Keulemans in Canberra in 2016, in which around 30 broken objects were loaned from locals and successfully repurposed by Australian designers before being returned to their owners. Transformative Repair takes the concept one step further through an exhibition and auction, ideally proving there is a market for innovatively remodelled designs.

Other objects in the exhibition include the Campana Brothers for Edra pendant lamp rebuilt using only original parts by acclaimed furniture designer Adam Goodrum, and a delicate silver, red and white crown designed by jeweller Kyoko Hashimoto using materials from a beloved model aeroplane owned by Gruzman.

The pair hope the exhibition will tackle head-on our culture of mass consumption and our tendency to discard, rather than repair, broken objects. “Sustainability underpins it all, but you can’t hit people over the head with sustainability and expect them to want to do the right thing, because it’s such a complex issue. You have to entice people and build desire, and that’s what this is about,” says Keulemans, who adds that the exhibition also creates crucial additional income streams for the artists and designers involved.

There will be an artist talk on June 4, and the exhibition culminates in an auction on June 9 run by renowned auctioneer Andrew Shapiro. Prices range from $1500 to $22,000, with 85 per cent of the money going to the artists themselves and the remainder to cover costs at Australian Design Centre.

“Through artists’ toil and ingenuity, you’ve taken things that are worthless and made them into objects that are truly valuable and collectors’ items,” says Jansen. “There’s something really beautiful and poetic about that.”

Transformative Repair runs until June 10 at the Australian Design Centre in Darlinghurst. The auction will be held at 6pm on June 9.