Paul Davies’ latest exhibition is an exploration of modernist architecture and landscape painting – taking the humble stencil to his bright, colourful houses. 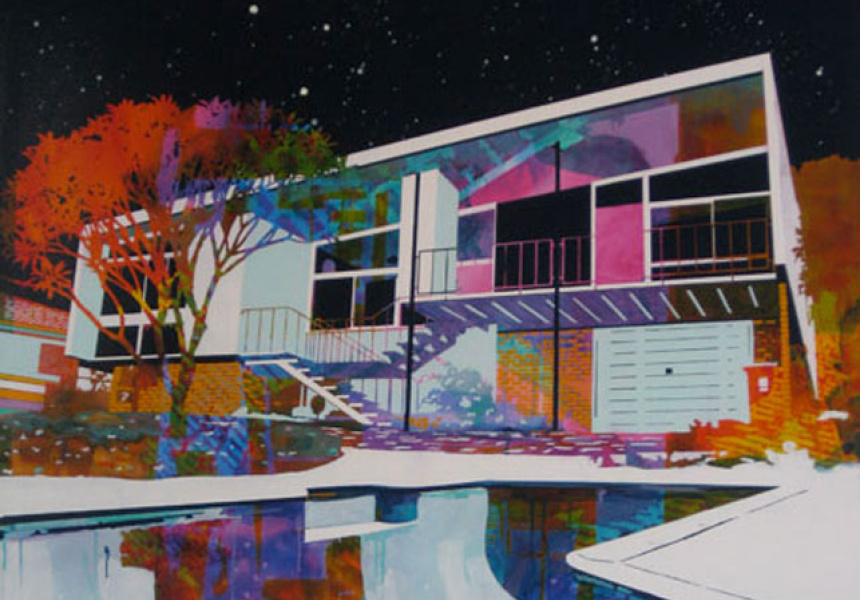 Australian multidisciplinary artist Paul Davies is returning to Tim Olsen Gallery in Woollahra for ArtMonth in March. The title of Davies’ exhibition, Pentimento, refers to the visual effect produced by layering stencilled backgrounds, yet here Davies takes it a step further by integrating freehand painting into the mix and this interplay of techniques forms a technical basis for much of the exhibition.

In Pentimento Davies also deals with themes of isolation, dislocation and the relationship between the natural and built environments, which seem to be a topic of fascination for him. Uninhabited modernist houses and buildings take the foreground in many works, with looming, imposing trees intricately carved into bronze stencils and transferred to canvas.