In the '90s Kathleen Hanna was the all-singing, finger-pointing, feminist wunderkind who hung out with Kurt Cobain and gave Pussy Riot a precedent. Now, after battling Lyme disease, Hanna is back on stage and touring Australia as The Julie Ruin this summer. 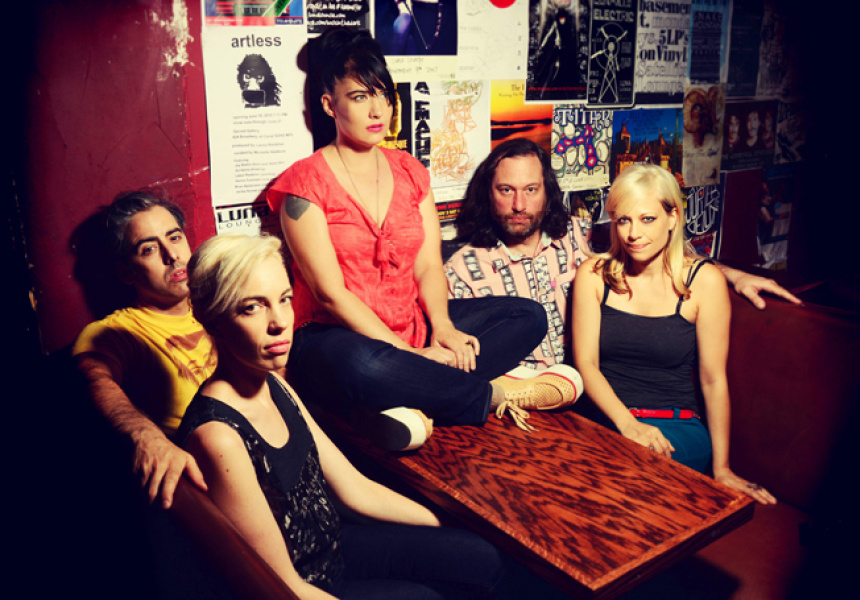 Kathleen Hanna worked on numerous punk zines, gave spoken-word performances on sexism, headed three different punk bands – Bikini Kill, Le Tigre, and The Julie Ruin – and was all but unstoppable until, without warning, she had to. “I got Lyme disease,” says the punk singer. “And I was really, really sick. I didn’t know how long I had so I started looking back at my life.” And so started what might be called Hanna’s retrospective period, a period that culminated with the new album Run Fast, by her band The Julie Ruin.

It’s just as raucous as always but the lyrics have become more abstract and vulnerable: “Years later we’d be told we weren’t real punks/by boys in bands who acted like our dads when they were drunk.” She sings on the title track; a song that explores her '90s punk years, memories of which she says she had buried until now. “I always ran away/I didn’t want to be the girl from Le Tigre/or that girl from Bikini Kill/but now I look back and feel proud of it/ Now I can understand what it meant to me.”

Whatever the '90s meant to Hanna, it meant the world to punk rock. Hanna got together with Billy Karren, Kathi Wilcox, and Tobi Vail in 1990 and formed Bikini Kill, which became known for caustic lyrics and Kathleen’s up-yours delivery. It was at about the same time that her ex-boyfriend started stalking her and she reached out to a friend of a friend – the now legendary Kurt Cobain. “He was the only one who believed me,” she later explained. The pair became friends and it was Hanna who wrote “Kurt smells like teen spirit” on Kurt’s wall, referring to Teen Spirit the deodorant, but accidentally leading Nirvana to rock star immortality. It was at about that time that Hanna began working with three girls from another band called Bratmobile on a punk zine titled Riot Grrl and for many, the space created by Bikini Kill and Riot Grrl set off the third-wave feminist group of the same name: Riot Grrl.

“On bad days I worry if my music was just a '90s thing,” she says, of her legacy. “But mostly I just feel lucky that people still know who I am.” And she explains that this was something Lyme disease – a bacterial infection passed on by ticks – helped her to achieve. “I started archiving and wrapping shit up. I let someone film me for a documentary [The Punk Singer, 2012] and in that way the illness became a part of my work.” According to Hanna, it also affected the way she wrote songs. “Lyme disease actually affects your mental state so some of my lyrics became a bit abstract. But the band liked that so the lyrics stayed.” Accordingly she was able to make an album that would have otherwise been out of reach, both in style and emotional honestly. “I’m proud of it,” she says. “I feel really good about where I am and what I’m doing. It just took getting sick to get here.”