After an annus horribilis the arts centre has returned with a bang, with more than 50 artists taking over the public space with video installations, tarot-card readings and much more. 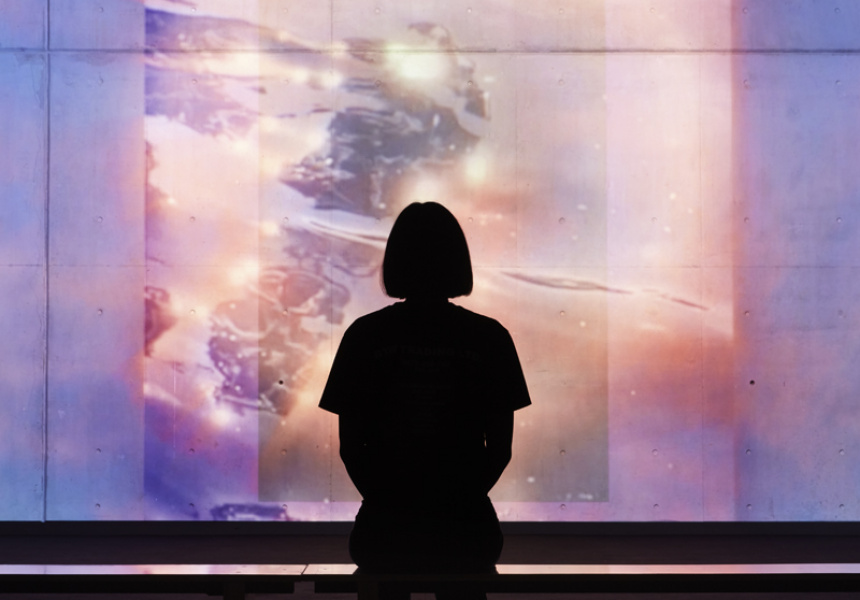 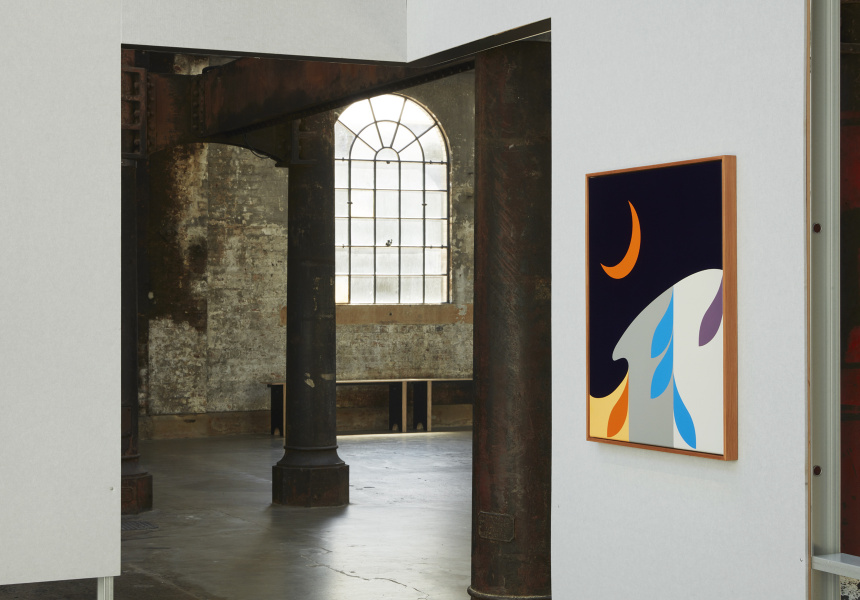 Tom Blake, ‘holding on to the stream’, 2021 for Firstdraft. Installation view ‘No Show’, 2021, Carriageworks

A strange thing happened as I was standing in the pitch-black darkness of Carriageworks’ Bay 19 watching Jodie Whalen’s large-scale video installation A New and Different Sun. Somehow the calm, meditative images of the Sydney sun and sky suddenly thrust me back into preschool, aged five, standing in the classroom in an art smock creating marble art. It was a beautiful memory and a reminder of the joy of creativity, felt even as a preschooler, yet a memory I hadn’t had in the decades since.

Whalen is delighted when I convey my reaction. “That’s kind of what I want the work to do – trigger memory and nostalgia, which can be quite emotional,” she says, adding, “I really enjoy hearing that, particularly in the last year when conversation around work has kind of [stalled].”

If live exhibitions were paused during 2020, then the new Carriageworks exhibition No Show is proof they’re back. And how. The free multimedia showcase presents the works of mostly early-career NSW artists and writers from 11 independent artist-led collectives.

“The show was conceived in December, connected to the Restart NSW funding, as a way of supporting emerging artists. We thought [the best way] of doing that was to support the organisations that support emerging artists and ideas: artist-run initiatives [ARIs],” Carriageworks curator Aarna Hanley, who refers to herself as No Show’s “organiser” (as opposed to “curator”), tells Broadsheet.

The work of more than 50 artists from NSW-based artist-run spaces, studios, digital platforms and online publications is presented in Carriageworks’ public space and Bay 19. Ranging from sculpture to installation, performance, film and writer residencies, No Show promises to enliven a space that largely lay dormant in 2020.

The brief was open-ended. “We asked each [organisation] to present around five artists, saying ‘We want the space to be active, with things changing and happening but also to best represent what you do, your purpose, your goal’. They all responded quite idiosyncratically. It’s been busy, but fun,” says Hanley.

ARIs are a crucial part of the ecology that makes up the creative industries, as Carriageworks CEO Blair French notes. “Artist-led organisations ... operate at the heart of experimental and critical practice in NSW ... providing emerging as well as established practitioners with opportunities to connect with each other, find their audiences and experiment with ideas and practices that drive the future of contemporary arts in NSW.”

Sydney architecture practice Youssofzay + Hart has designed a light, modular and transparent exhibition structure, made from recyclable materials. Hanley insists she wanted to avoid having the space feeling like an art fair. It does, but in the best way, offering visitors a tasting plate of various ARIs, each contained within a mini gallery, but with the friendliness of other artworks and artists being within eyesight and earshot.

Wandering through the space you can appreciate completely diverse practices and art forms. Firstdraft, Australia’s longest-running artist-led organisation’s works are splintered across the space, from Leo Tsao’s video work in the back airlock to Jazz Money’s poem responding directly to Carriageworks, and Amy Claire Mills’s beautiful, vibrant, tactile rugs decorated with the deceptively cheerful silvery wording, “Are you sure it’s not in your head?”.

There’s the newest ARI, Pari, which opened in Parramatta in late 2019 and shuns the white cubed gallery space by continually painting its walls in bright colours. Pari is presenting 5 from 5, a retrospective of its first year, with the work of one artist from each of the five exhibitions represented, including Kath Fries’s living mushrooms that need watering three times a day with 20 sprays.

There’s a delightful interactive exhibition from social enterprise Studio A, which supports artists with intellectual disabilities. Performance artist Skye Saxon will read your tarot using cards she’s created herself, while Jaycee Kim invites you to create your own rainbow plait keyring, a miniature version of a large-scale plait he’s creating to help him transport between identities.

Whalen says being invited to create a new video installation for digital moving-image platform Prototype marked a welcome return to creating immersive site-specific work. Her short film was shot in and around her Parramatta neighbourhood and features a thoughtful skyscape, accompanied by her own soundtrack.

“This is my first time exhibiting at Carriageworks, which has been amazing. Coming out of Covid and thinking work would only exist online means it’s great to have the opportunity to make work that’s going to go up in a space.”

No Show runs Thursdays to Mondays at Carriageworks from February 12 until March 7.