Photographed across Miami, Los Angeles and Sydney, the series reimagines the urban every day as an ethereal, sublime dreamscape. 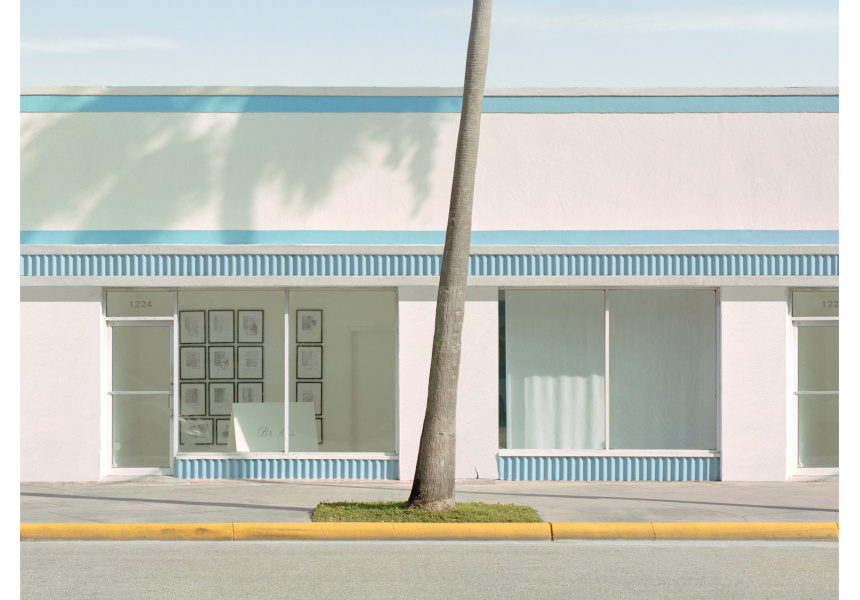 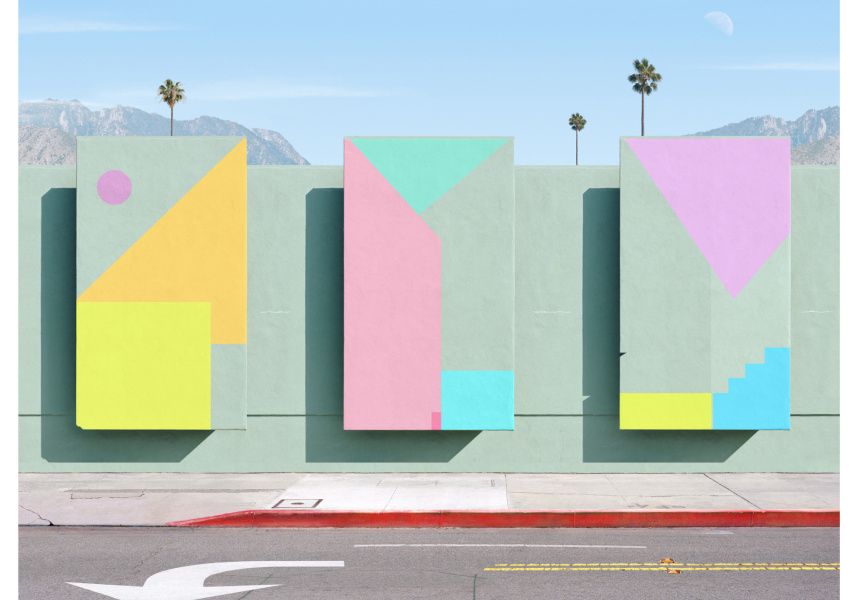 “I’ve held a few exhibitions during Covid, but this one will be like nothing I’ve ever gone through before, being back in Australia and welcoming people after all we’ve been through. I think there’s going to be a lot of therapy going on,” says George Byrne from his hotel room in Sydney. It’s day 12 of his second 14-day quarantine, and very few people can find the calm in chaos like Byrne.

The artist and photographer is back for his first hometown show in two years: Innervisions, which opens at Olsen Gallery on October 27. The series reimagines the urban every day as an ethereal dreamscape, immersing the viewer in a parallel universe that is both familiar and strange. Whether it’s a pristine public swimming pool or a palm tree’s shadow on concrete, the seemingly unremarkable becomes “a portal for escapism”, in which the heaviness of current reality is enlivened through Byrne’s signature luminous pastel colour palette.

Moving to LA more than 10 years ago to pursue his visual arts career, Byrne’s photographic style is now strikingly recognisable to fans across the world. His images have an aesthetic language unto themselves, developed partly by his formal fine-art training and partly by his flair for music and composition. Perpetually inspired by the possibility of the sublime in the everyday, his practice has evolved from recording the environment to collaging the environment, and now to inventing it in Innervisions.

Byrne reflects that his stylistic evolution has been an intuitive one, inspired by the possibilities of the photographic medium. “It took me a while to find my flow, but I really felt this sense of excitement as I was creating these works. It felt like I was doing something new, something I hadn’t seen done the way I was trying to do it,” he tells Broadsheet.

Big surprise, 2020 was an “indoor year” for Byrne, a fateful opportunity to revisit his archives and repurpose some of the analogue and digital content he has shot in California, Miami and Sydney over the years. The result is an experimental and technically complex series achieved through pencil drawings, digital manipulation and collaging.

The idea of producing a show during a pandemic – with a gallery on the other side of the world, and no access to your photo lab or regular production team – would send most photographers into hysterics. But, Byrne says with a laugh, “That’s just the way it all turns out sometimes, so I just went with it.

“Like all my shows, I don’t get to see my works at full scale beforehand – especially this time, because I couldn’t go to the lab for the whole year,” he says. “The first time I’ll see the show is when I walk into the gallery, and I’ll be just as curious as anyone else strolling through.”

With 140,000 Instagram followers and his own published monograph, Post Truth, Byrne’s practice is influencing an emerging generation of wide-eyed creatives on social and digital media. A follow-up to other exhibitions he has staged throughout the pandemic (no, this isn’t the first), Innervisions will treat his Australian friends and fans to an experience of complete escapism at a most opportune time.

“The response from people who’ve been through my work during the pandemic is often this sense of relief. They’ve just been dying to engage with art again, and I’m so happy to play a role in that return to normalcy.” 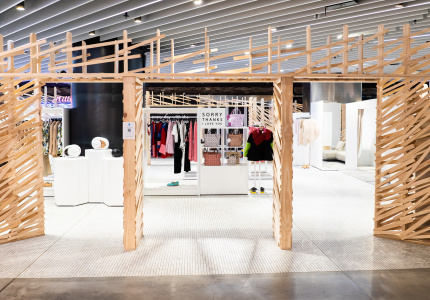