An Old-School Barber and His Charcoal-Chicken Secret

One Bourke Street shop in Redfern straddles the past and present. 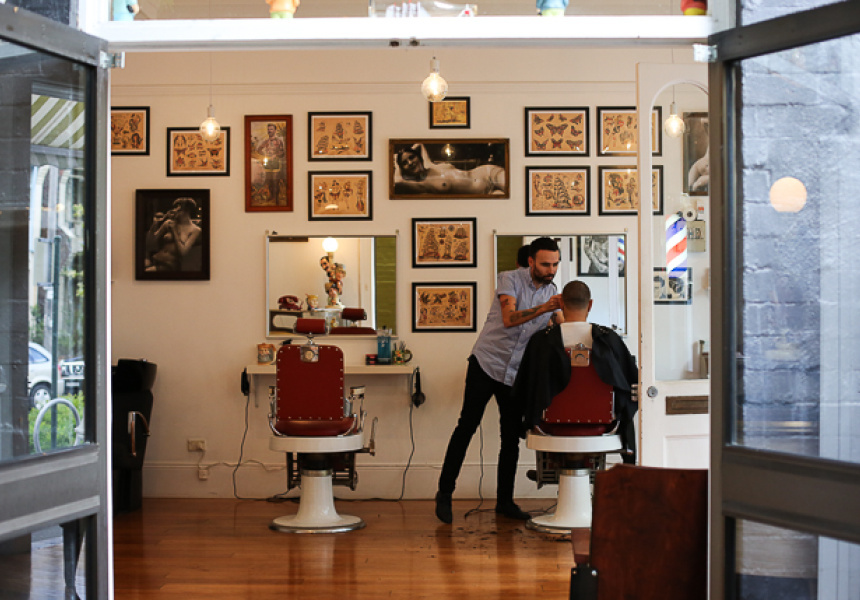 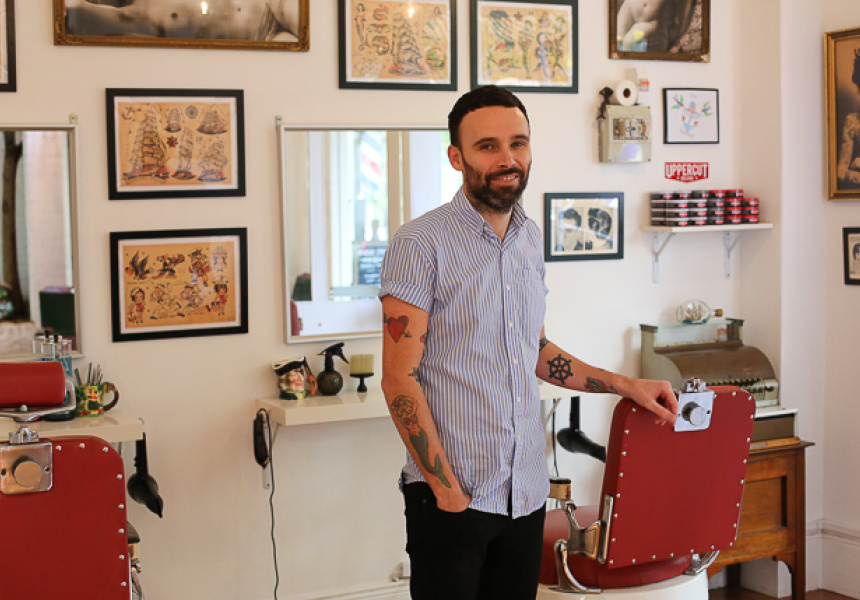 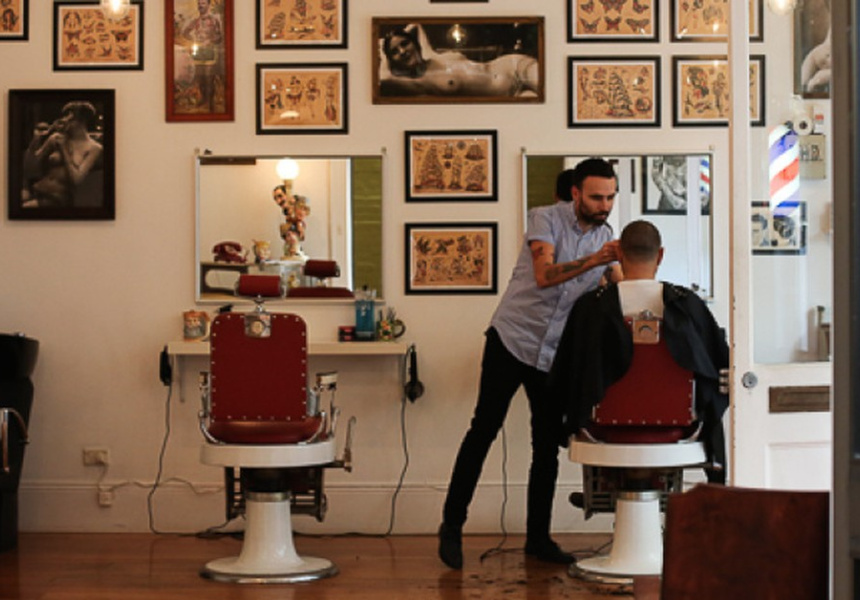 One look inside Nathan Meers’s business on Bourke Street in Redfern and you’d be forgiven for thinking he runs an old-timey tattoo parlour. The walls are adorned with 1940s-style illustrations and images of inked men, rosy-cheeked sailors and nude pin-ups in various states of repose. But instead of surrounding tattoo guns they sit above barber’s chairs and razors.

In one respect Meers’s barbershop is a nod to The Simpsons – a tattoo joint on the show was called The Happy Sailor Tattoo Parlour. It’s why he decided to call this The Happy Sailors Barbershop. But it’s also a sign of his eye for collecting.

And it’s not just confined to the walls. Meers’s clients wait for their haircuts here on vintage emerald-green cinema seats imported from England. The classic red barber chairs with footrests were sourced from Melbourne. Retro red, white and blue barber poles twirl in the windows. A mini-doorman figurine doffs his cap by the welcome mat. “I’ve been collecting for a long time,” says Meers of his accessories. He also sources the picture frames and replaces the images with his own preferred finds. That process is kept local – all pieces are framed at Funktion Framing, just 300 metres up the road.

The Happy Sailors Barbershop has a noticeably calm vibe compared to the loud chatter of many hairdressers. Meers says that’s what most of his clientele want. “Guys aren’t going to hair salons now,” he says. “You get the same service and haircut [at a barber] for half the price. And they can talk more freely, about whatever they want. It’s very intimate here. I do little kids, grandpas, businessmen, all the trendy guys – that’s what I wanted here.”

The barber says he sees a mix of regular haircuts and old-fashioned cuts at The Happy Sailors Barbershop, his specialities being side parts, slick backs and French crops. Meers also cuts women’s hair, but only short styles.

The spot is as much a meeting place for Bourke Street as it is a standalone shop. Many of the local business owners come in for haircuts. When he’s not cutting hair, Meers hangs out at nearby St Jude Café with other barbers in the area. But his favourite venue in Surry Hills is Pablo’s – a charcoal chicken shop at the Cleveland end of Crown Street. In fact he claims to have lunch there every day.

Being such a cosy community, Meers feels in tune with the ebb and flow of the neighbourhood. “At 10 past three every day all the kids from the local primary school come in on their way home,” he says. “They take a couple of Fantales and walk out again. Sometimes they say hello and have a chat about their day.”