Now Open: A New History Museum in Sydney – With More Than 18,000 Historical Artefacts

The Macquarie University History Museum holds two of the southern hemisphere’s biggest collections of historical artefacts, tracing 5000 years of human existence. It includes 800 Aboriginal artefacts, as well as objects from the 1880s and the Crusades. 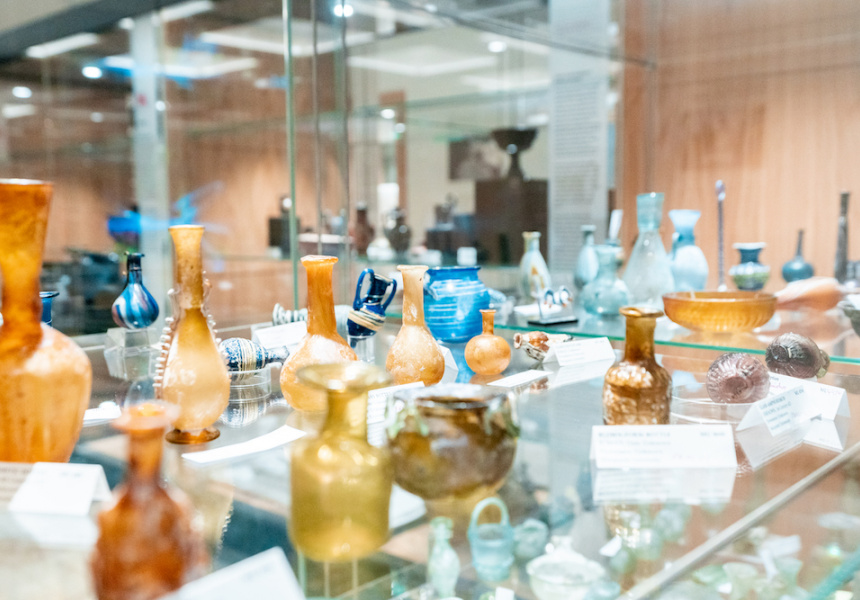 For more than 50 years, researchers at Macquarie University have been quietly gathering a monumental collection of historical artefacts. Up until now, these objects were showcased, mainly for teaching purposes, across two separate on-campus museums: one dedicated to Australian history and the other to ancient cultures, including Egypt, Greece and Rome. But the university has now brought them all together under one roof in the newly opened Macquarie University History Museum.

“During the years those objects have gained some value, and it’s not safe to have them in some kind of makeshift museum. So when the university built the art precinct, they took the opportunity to build a dedicated museum for those collections,” Macquarie University’s museum director, Martin Bommas, tells Broadsheet. “Bringing both collections together has enabled us to create a social history museum.”

The new museum is home to more than 18,000 objects – including the largest collection of ancient manuscripts on papyrus and ancient glass in the southern hemisphere – although only about nine per cent of the total collection is on display at one time. There are more than 800 artefacts and archival documents related to Aboriginal and Torres Strait Islander history and cultures, as well as quirkier artefacts, such as a 1950s vacuum cleaner. “It’s to display the advancement in technology in Australia and how technology really drives us,” Bommas says.

There’s also a 10-metre-long display focusing solely on the topic of cultural heritage. It showcases how people in two very different parts of the world – Sydney and Nubia, a region in north-eastern Africa – lived in the 1880s. “We tried to find out via artefacts how people came up with different or similar solutions to challenges in their life at the same point in time, but divided by more than 9000 miles,” Bommas says. “This is exciting because it was a period of time where people weren’t in touch with one another – there was no internet or Whatsapp – but still people had to face similar threats and difficulties.”

The museum is currently hosting its first temporary exhibition, East Meets West: The Crusades and the Age of Decolonisation. It tells the story of a tumultuous but defining time in human history through pieces such as a 13th century copy of the Qur’an from Egypt’s Mamluk period, which is displayed next to a copy of the Bible from the 14th century. There are also “crusader bowls” hailing from the 12th and 13th centuries that feature shades of electric green and remnants of barnacles, having being recovered from shipwrecks.

“They just speak history,” Bommas says. “The Crusade was a pivotal era in history; it took place [for] almost 200 years between 1095 and 1301. It was based on a jihad, a religious war caused ... by the Catholic Church. After that period of time people were so fed up with the Vatican, it was the beginning of nation-building, religious-free concepts. And despite those wars, people came together … this lasted, sadly, only 50 years before the plague hit, then everything fell apart.”

Littered throughout the museum are also Bommas’s personal favourites: 3D-printed versions of repatriated objects in Ferrari red. “While the originals are back in Italy or Egypt, we retain these plastic objects and they’re like red flashes throughout the museum,” he says.

The Macquarie University History Museum is located at 25C Wally’s Walk, Macquarie Park, and is open Monday to Friday, 10am–5pm. The East Meet West: The Crusades and the Age of Decolonisation exhibition is on display until September. Entry is free.