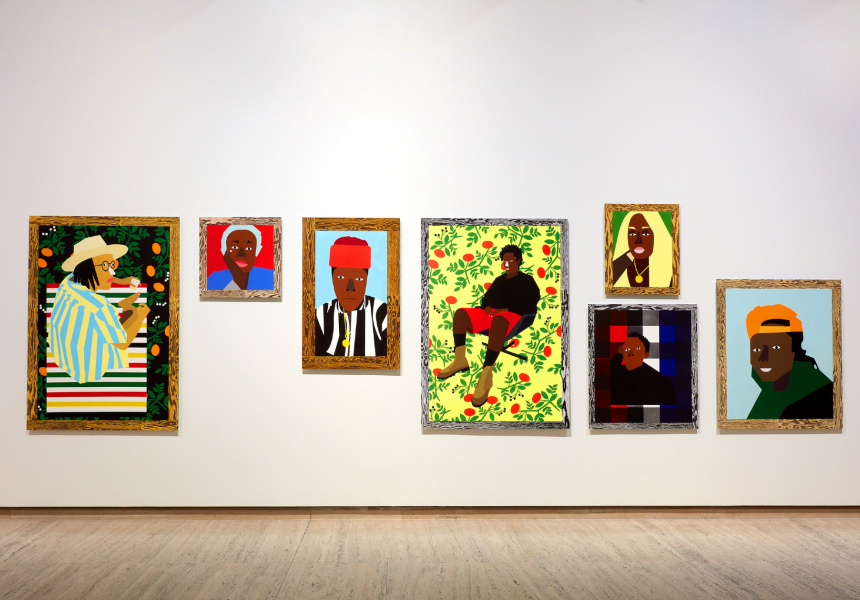 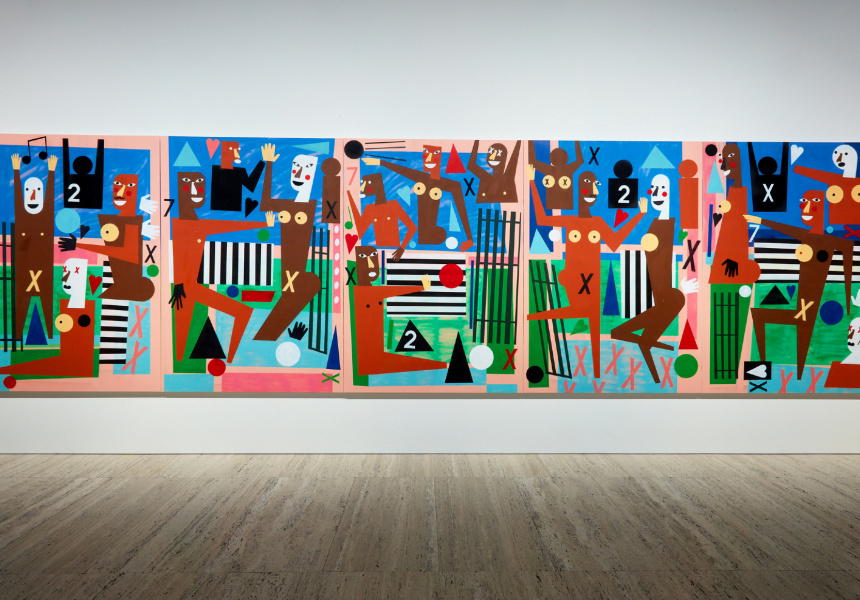 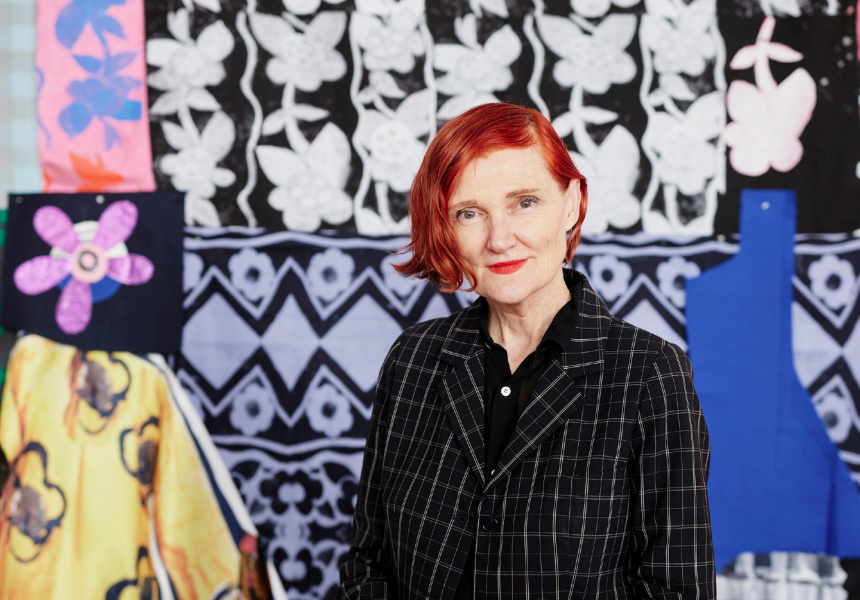 The huge Sydney-exclusive exhibition Matisse: Life & Spirit Masterpieces from the Centre Pompidou, Paris has been in the works for close to two years now. The Art Gallery of New South Wales will be showing more than 100 works by French artist Henri Matisse when the ticketed exhibition opens on November 20. Before then – and until April 2022 – you can explore colourful, sculptural contemporary works that have a direct or indirect connection with the life and legacy of the painter, sculptor and printmaker.

Matisse Alive works like a choose-your-own-adventure. As you step off the escalators at lower level two, you’re drawn in multiple directions with different themed rooms to explore. As co-curator Justin Paton put it: “We really wanted a floor where you can look to any point on the compass and see this wonderful Matissian colour and have in a sense that Matisse is alive.”

Abney’s portraits titled Framily Ties are tributes to the friends we call family. In the 39-year-old artist’s case, that’s portraits of her mates in their homes. They’re joyful, celebratory, gender fluid, multicultural and shape-shifting. “She’s making them into icons – she’s saying you are beloved, you are treasured, you deserve a place in art,” says Paton.

Abney also plays with more abstract imagery, using the idea of Matisse’s famous dancing scenes. The Illinois-born artist brings in conversations of race and symbolic “X” marks that, as Paton says, have us seeing darker themes in what appears to be joyful on the surface.

In the next room, with a nod to Matisse’s tendency towards domestic scenes, is the intricate work of New Zealand artist Robin White and collaborator Ebonie Fifita. The series of tapa (cloth made from bark of the paper mulberry tree) shows imagined worlds by White as though Matisse had experienced them.

“If you took an intake of breath as you came in here, that’s very fitting,” says Paton. The artist lived in Kiribati in the central Pacific Ocean for 17 years and her imagined spaces include subtle details that tell big-picture stories about Matisse’s time in Tahiti in the 1930s. There are Matisse’s shoes, freshly brewed coffee on a table, a crawling hermit crab, a straw hat, vanilla beans – each one a comment on what the artist’s life and relationships were like in that period.

All four new commissions by AGNSW asked the artists to respond to the upcoming Matisse exhibition and his experiences in this part of the world. Melbourne artist Sally Smart responded to the assignment with gusto, filling a room with hanging textile curtains. The artist chose to honour the role of female assistants who worked with Matisse in his later life.

Titled The Artist’s House, the collaged curtains are accompanied by a video work of choreographed cutting, plus smocks imagined by Smart as the assistants’ uniforms. “She has always referred to the historical avant garde, and specifically the women working with the historic avant garde,” says co-curator Jackie Dunn. “The key motif in the textiles here is the bed, which is Matisse’s bed in Sally’s mind.”

The French artist in 1941 would engage with female assistants from his sick bed. Visitors should look for the black and white photographs of the assistants’ feet at the bottom of the curtains. “Those are the people Sally wanted to draw attention to here,” says Dunn.

Sounds of drumming and gushing water capture our attention in the next room. The Pearl is a video work by Sydney artist Angela Tiatia, which includes shell-shaped plastic paddle pools that open and close with the beauty of a Busby Berkeley musical. The Samoa-born New Zealand artist is referencing Matisse’s sculpture Venus in a Shell (1930), while also commenting on how the female body in Polynesia has been colonised and ostracised.

She is making a home for the Pacific female body, Dunn tells us. “Water was particularly connected in Angela’s thinking about Matisse, and what he saw when he looked at the light in the Pacific and the people within it.”

The Pacific in Matisse’s imagination is further explored in a display of Polynesian quilting called tivaevae – loaned to the gallery by women from the Cook Islander community of south-west Sydney. Dunn tells us the textile tradition profoundly influenced Matisse’s late great works.

“This is a continuing living practice where women are creating these works of absolute vibrancy and some of the works are older, treasured gifts to family,” says Dunn. Each piece of cloth is cut “snowflake-style” into intricate designs, often of flowers. “We know that there are these moments where these textiles had an impact [on Matisse],” says Dunn. “There’s no one-way influence here,” she says. “The hope of situating the spread of shows in Matisse Alive is to indicate this flow of information from the work of 1930s Pacific women into the work of Matisse into the work of someone like Nina Chanel Abney.”

Providing context for one of the world’s most famous artists within the art of the Pacific is what the exhibition is all about. Maud Page, deputy director and director of collections at Art Gallery of NSW, says: “These magnificent textiles with their symmetrical flowers, fruit and fronds leave no doubt as to their impact on Matisse’s cut-outs. For us it is a way to honour women’s work that is celebrated throughout the Pacific.”

Matisse Alive is open until April 3, 2022. Entry is free. The exhibition space will also host performances, workshops and late-night programs.