Now Open: A Marketplace and Workshop for Marrickville

A hub for emerging artists, fashion and designers. 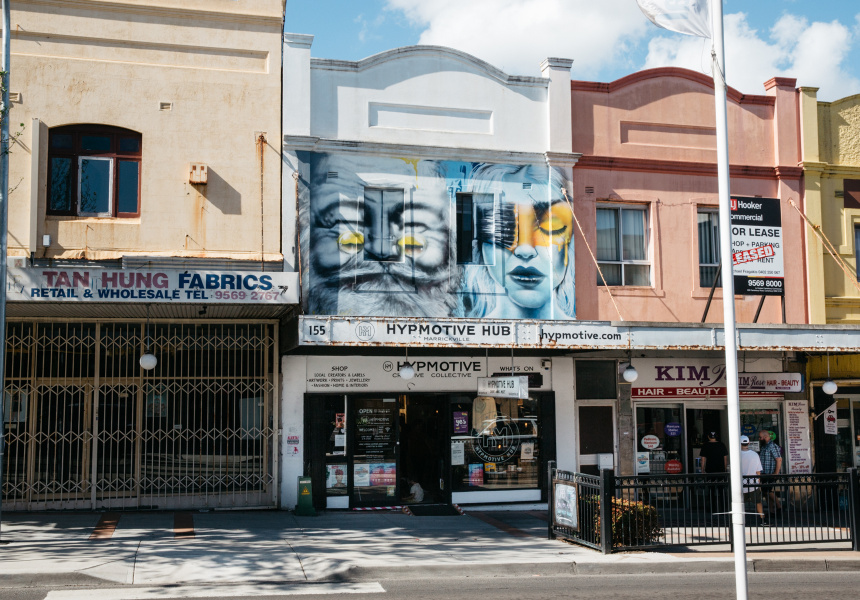 “We wanted to create a new word,” laughs Hypmotive co-owner Renee Russo, who founded the creative marketplace with her husband, Jake. “We liked ‘hip’, and we’re all about moving forward, and so we thought ‘motive’ sounded right.”

The idea for Hypmotive (pronounced hip-motive) – a retail platform for emerging Australian artists and creatives – struck after the couple moved to the inner west and found themselves regularly visiting local markets.

“We found that so many people had great-quality items, but wondered how else they could get exposure and grow their business,” Russo says. “We also wanted to help make locally made art more accessible to the community.”

As well as selling products in its online store and assisting with social-media marketing, Hypmotive gives artists a bricks-and-mortar store to stock their wares.

“It’s been really organic in terms of the people we represent, and I think that’s partly because of Marrickville,” says Russo. “It’s just buzzing with so many amazing artisans and makers.”

The pair has completely transformed the store, a space that previously housed a vintage-clothing business and is now reminiscent of a sleek gallery. Inside is a carefully curated selection of homewares, fashion, jewellery and artwork from all over Australia.

There’s handcrafted jewellery from Marrickville silversmith Metal by Mitch, ethically produced tencel womenswear from the Sunshine Coast, artwork by Dave King (a self-taught artist from Orange who works with charcoal) and Indigenous art from the Utopia region in the Northern Territory. The Russos have just kicked off a series of workshops in their upstairs studio, including kokedama (an ancient Japanese technique that binds a plant’s root system with moss and string) and resin art classes. The space is also available to hire for exhibitions, and will host a Meet the Makers market in November.