Nobody Here But Us Birds

A radio play about crows (that features Marcus Graham). Stay with us, because Like a Writing Desk will reward you in ways you never thought a podcast could. 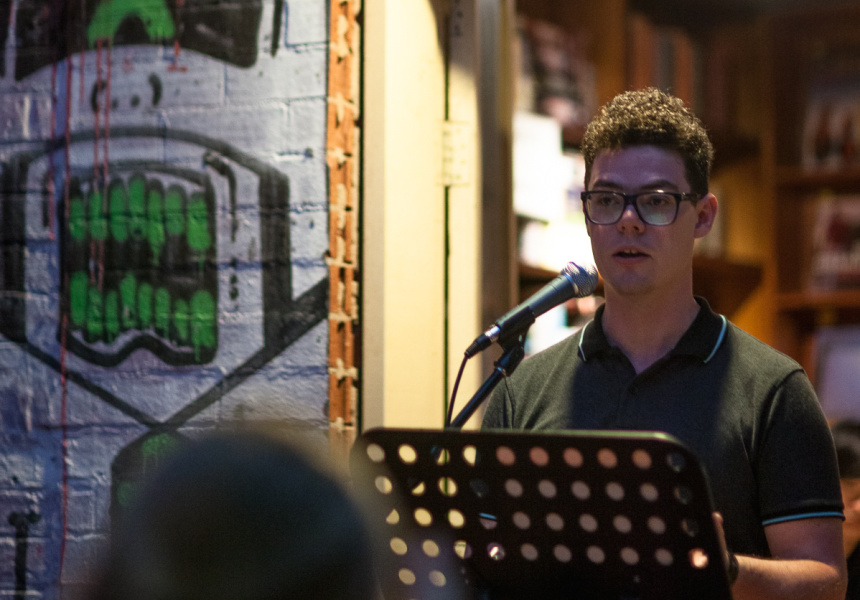 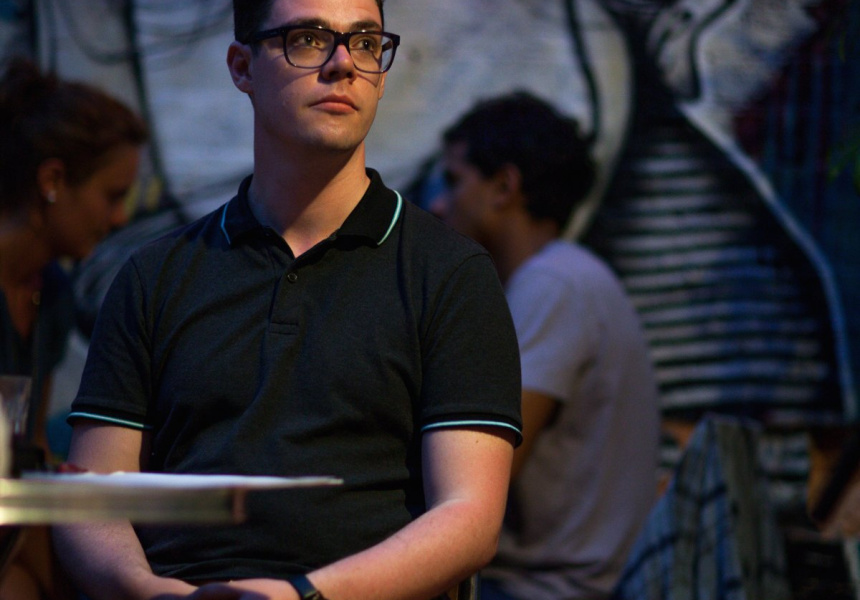 The question, “What is the true crow?” is rather like the riddle posed by the Mad Hatter in Alice in Wonderland, “Why is a raven like a writing desk?”

Aden Rolfe asks both questions in his latest play for Radio National’s Radiotonic, yet answers neither. What we hear instead is a darkly funny exploration of “crowness” in many of its forms.

Like a Writing Desk is the product of three years of research and writing for Rolfe, who can’t pinpoint the precise moment he stopped being merely interested in crows and started making them a feature of his work.

“I guess I was thinking about crows as a synanthropic species,” says Rolfe, speaking to us while at the Emerging Writers’ Festival in Melbourne, where his play featured as an event. “Alongside possums, ibis, rats and cockroaches, crows live alongside human settlements and feed off waste. They’re dumpster divers, they’re carrion eaters, they’re the perfect post-capitalist animal, they will survive us long past our demise.”

The many definitions of crow dominate the play, as the characters find themselves in scenarios with real and imagined birds, from a major city gallery where Bella Radcliffe (voiced by actor Zoe Carides) is curating an exhibition called True Crow, to the suburbs where characters Grace and Charles Brenner (Caroline Brazier and Marcus Graham) are disturbed to find their house steadily filling with birds who appear to be “grooming” their child to become one of them. The play confronts cultural perceptions and misconceptions of these birds and takes a very Hitchcockian turn, filling houses, galleries and our ears with flapping, clawing, cawing crows.

“The genus name for crows, corvus genus, used to be known as true crows,” explains Rolfe. “I don't know what false crows are,” he laughs. “Bella’s search for the true crow is a play on that idea of the corvus genus, but it's also an organising principle around which she can create the different faces, if you will, of crows as they occur in different mythologies.”

Interspersed in the narrative is an often forgotten aspect of the Noah’s Ark parable, in which the raven is sent out before the dove but never comes back, “And so it roams,” as the character of Bella says in the play, “back and forth, looking for the boat, all the time calling ‘Ark. Ark.’”

“The dove becomes the symbol of hope, if not peace,” says Rolfe. “Whereas the raven is depicted as a self-serving bird. It flies to and fro, effectively feeding off carrion, and doesn't need to come back to the boat. It's not part of the salvation narrative in any positive way. In terms of how we read animals and how we write about animals, we’ve got those kinds of negative or dismissive or malicious ideas around crows and ravens coming through really early on.”

Rolfe’s research, part of which was published as an essay in The Lifted Brow, shows that these myths are present in many cultures, and feature in biblical, Greek and Indigenous Australian stories. He has also found that crows turn up in everyday conversations.

“You sit down with anyone and tell them that you're writing about crows and they say, ‘I've got a story for you’,” Rolfe says.

“When you start to watch crows and how they behave in a space, you can appreciate that there's a lot going on behind that face, behind those white eyes,” says Rolfe. “A complexity of animal behaviour starts to emerge and a multiplicity of potential motivations emerge.” One of these possibilities is that crows actually don’t care. “I think that's where we get to,” says Rolfe. “That's what people are afraid of: that animals simply don't care about us.”

It’s this thought permeates this otherwise entertaining and cheeky work. The success of Like a Writing Desk is its ability to take us on a journey while confronting us with the big questions. Not just “what is the true crow?” but “what is the crow to the human?” and vice versa.

“I'm interested in the ongoing interrelations of human and non-human animals,” says Rolfe. “I’m interested in how our interactions with animals are not misguided so much as they are based on complete misreadings and complete misunderstandings of animals.”

Rolfe’s play deftly sidesteps the often sentimental relationship that we have with companion animals by focusing on one that lives alongside us, but that is so often avoided or ignored.

“No one really comes out of Like a Writing Desk as a success except for the crow,” says Rolfe. “In that way it has similarities with the story arc in Alfred Hitchcock's The Birds where there are no winners, except the birds.”