The Next Generation of Frank Green

With monogramming, a new ceramic range and a US launch, this Australian brand specialising in reusable vessels hopes to change people’s single-use buying habits. 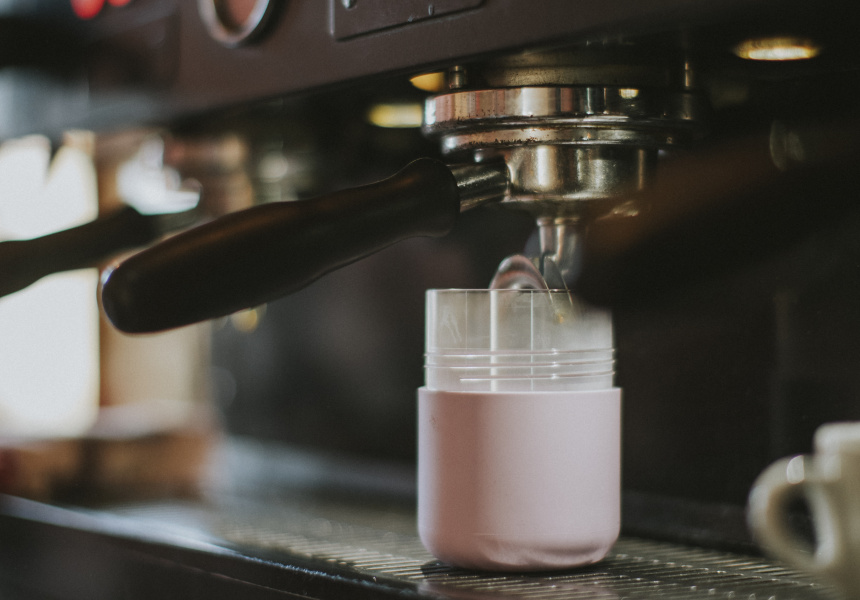 In 2017 just one per cent of Australians were taking reusable cups to a cafe for their daily takeaway brew. This year, the figure has risen to almost seven per cent. These statistics come from surveys done by Frank Green, a Melbourne-born reusable cup and bottle brand that has been working to reduce the amount of single-use-plastic in circulation since 2013.

“Australia has done an amazing job,” says Frank Green founder Benjamin Young. “There’s a 300 per cent increase because of all the amazing work the guys did with [ABC TV series] War On Waste.”

But Young says there’s still a long way to go, and reckons Frank Green can help reduce it further. His answer? Style and personalisation.

The brand recently introduced the option to have its sleek reusable products monogrammed. “Frank Green’s mission is to stop the manufacturing and use of single-use products and we’ve realised that people want to personalise their products to make them more special,” says Young.

In a Broadsheet exclusive, Young says Frank Green is also introducing a new ceramic range, which will see ceramic lining added to the inside of its stainless-steel cups. “Some consumers want glass, some want ceramic because that’s how they have their coffee in the cafe. So rather than fighting them and trying to change their habits we’ve invented it,” says Young.

While Frank Green is driven by the fact that “43 per cent of Australia’s landfill is made up of single-use coffee cups or beverage containers”, and aesthetics are central to its business model. As is convenience.

Earlier this year it introduced a world first: an embedded Visa pay-wave chip – two years in the making – in its Original range. Young says it’s about giving the cup owner a “rock star cafe experience”, which hopefully leads to people changing their daily habits.

Young was just at the Los Angeles Coffee Festival to launch Frank Green in the US. Armed with interest in the classic co-polymer cup, the Next Generation Original range, and a new straw lid designed to cater specifically to Americans, he is looking to return stainless-steel manufacturing technology to Australian shores.

While the Frank Green co-polymer range is produced in Melbourne, the technology required to produce the stainless-steel range has forced overseas manufacturing. Its production left Australia 15 years ago, but Young intends to put out a challenge to bring it back.

When asked what’s next for Frank Green, Young says Google the top-10 things that go to landfill. “We’re working down that list.”

There will be a Frank Green stall at The Big Design Market. Over the weekend it will load up $50 credits randomly on its Next Gen cups.

Frank Green will be at the The Big Design Market in Sydney on December 7 & 8. To get a Frank Green monographed cup, order one here. Monogramming is $5.