Experimental pop videos. Julia Roberts without a face. Salt pouring from above. A huge new multi-venue exhibition celebrates the latest in Australian art. House of Discards by Tony Albert

House of Discards by Tony Albert 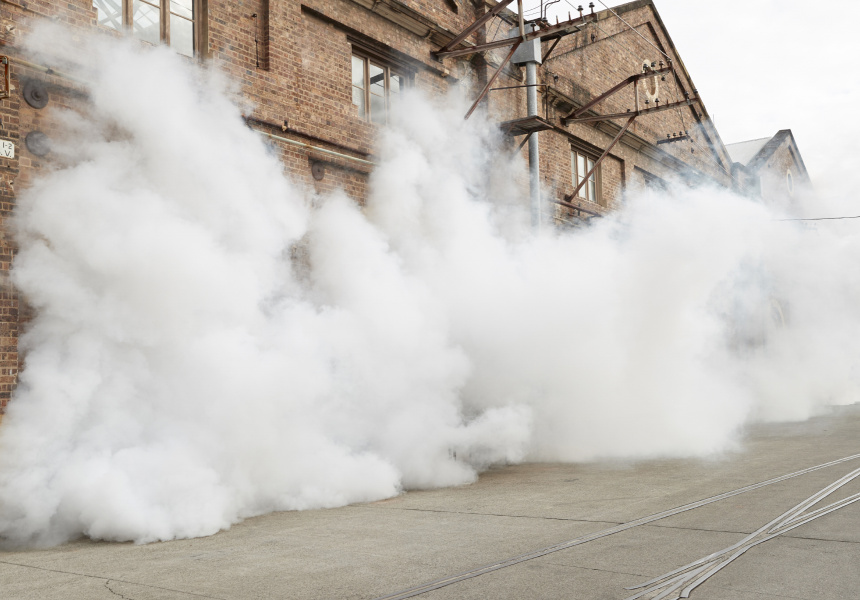 In 2017, three of Sydney’s major galleries – Carriageworks, Art Gallery of NSW and MCA – presented the first installment of the The National, an ambitious look at contemporary art in Australia.

Far from a quick snapshot of the art world, The National is a six-year project encompassing three shows at three galleries every two years. It features more than 100 emerging, mid-career and established artists. Each iteration speaks to the present, charting a brief arc in the story of Australian contemporary art.

Daniel Mudie-Cunningham, senior curator at Carriageworks, has worked on his section of the show for two years. He travelled around the country to meet artists and find new voices to add to a list of already-established names.

“There are connections between what we’re doing,” Mudie-Cunningham says of the three galleries and their curators. “Often there’s a particular zeitgeist, or political themes that recur.”

There are 65 artists involved in The National 2019. Here are five to seek out.

At a glance: A Townsville-born mixed-media artist and Archibald finalist, Albert’s striking contemporary works examine Australia’s colonialist legacy and are held in the collections of several major Australian galleries including the NGA in Canberra, and AGNSW.

You may have seen: His sculpture of four, seven-metre-high bullets at the Sydney Hyde Park War Memorial commemorates Indigenous soldiers. “He has a big investment in history, and in Indigenous culture,” says Mudie-Cunningham. “He’s a bit of a leader – a great mentor to younger artists.”

What he’s known for: Albert came from a painting background, but eventually his decades-old collection of “Aboriginalia” crept in. Aboriginalia is Albert’s term for the kind of kitsch object that once filled tourist shops – playing cards, tea towels, ashtrays, wall-hangings, mugs – depicting cringey stereotypes of Indigenous people. As a child, these items were almost like family to Albert. Now he understands their deeper connotations: how they co-opt and disempower Indigenous voices. “The material he’s using is problematic,” says Mudie-Cunningham. “But it’s almost like he’s rescuing it, turning it around into something meaningful.”

For The National: House of Discards is a large sculpture that incorporates some of Albert’s collection into houses of cards, and is now showing at Carriageworks.

You may have seen: Her intricate, mathematically precise webs of spun polyester thread (or spider’s silk or paper) that cling to gallery walls like vines. She also works with light and video projection and is truly multidisciplinary; she has a side gig as one half of dream-pop band Primitive Motion.

For The National: Selig is showing three works at AGNSW: a series of poems made by cutting into the contents pages of books, making something new by creating voids; a wall filled with an enormous charcoal drawing built around geometric shapes; and a live work using a punctured bag of table salt as a medium, creating Spirograph-like geometric patterns on the floor. Subtle gestures yielding unpredictable, one-of-a-kind results.

At a glance: A Sydney-based artist who doesn’t start with a blank canvas but builds on existing images, interacting with and subverting the past. She has appeared in exhibitions here and overseas.

What she’s known for: Her watercolour and gouache “interventions” on vintage postcards, which merge colour and surrealism with sepia-tinted images of young women. Her 2018 exhibition at Brisbane’s Edwina Corlette Gallery, Balancing Actress, featured vintage images of nude dancing “girls” with their faces obscured, bathed in pastel textures.

For The National: Her work starts with a more recent jumping-off point, and an angrier, more overtly political tone. For her piece, Coming Attractions, Marynowsky found 35-millimetre reels of ’90s Hollywood film trailers, including Pretty Woman, Shakespeare in Love, Species and Indecent Proposal, and took to the negatives with a knife, scratching each frame. It’s a labour-intensive and imprecise process. When the film is scanned and played back the result is a series of frenzied animations. Julia Roberts’s face is removed, making her almost monstrous. Gwyneth Paltrow is given a Medusa-like head of snakes. The dodgy gender politics of each film is subverted by force.

At a glance: Wolf is based between Melbourne and Berlin. She makes performance and video art that draws on pop culture, sexuality, economies and the commodification of the body.

What she’s known for: Multimedia pieces, installations and live performances that are immediate, feminist and potent. In 2017 she created an eight-hour performance piece – set in an indoor basketball court – that was filmed in a single take.

For The National: Wolf’s film work Oh Yeah Tonight takes on the visual language of music videos, and is dubbed with an avant-garde sound collage of Wolf’s voice saying only the words “Oh yeah tonight”. You’ve heard lyrics like these in countless pop songs, but not like this. Expect choreography, costume, multiple identities and Auto-Tune. It’s a performative game, a breathy seduction and a threat all at once, and it’s achieved with one body and one voice.

At a glance: A painter from the remote Indulkana community 400 kilometres south of Alice Springs, who won one of Australia’s most prestigious art awards – the Sir John Sulman Prize – in 2018.

What she’s known for: Striking, colourful paintings that blend language and community with pop-culture obsession. Whiskey blurs imagination and real life; she might deploy her favourite female pop icons in distinctly Australian landscapes, or depict Wonder Woman and Tina Turner having a picnic with a stegosaurus.

For The National: Whiskey presents a new piece painted straight onto a bullet-riddled sign directing drivers to the Iwantja Arts Centre (where Whiskey is an artist resident) and a selection of older works.

See The National at Carriageworks, Art Gallery of New South Wales and the Museum of Contemporary Art until June 23.