A New Kind of Novel

Get a little closer to existing in a fictional universe with new novel/app The Silent History from former McSweeney’s managing editor and publisher Eli Horowitz. 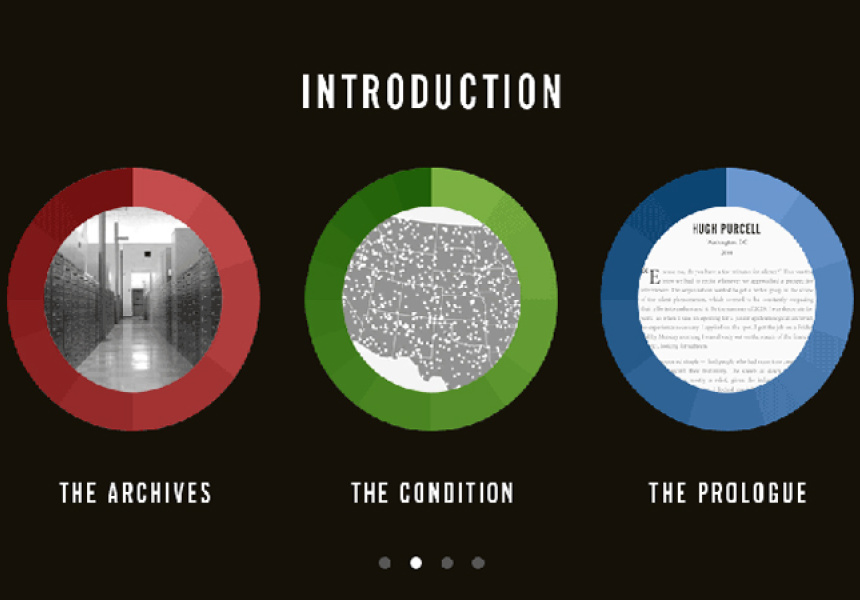 You don’t have to be a print fetishist to find e-books to be an anaemic imitation of the real thing. Even without romanticising the fundamentally pleasurable experience of reading a book, the ability to load up a library’s-worth of literature onto a tablet to read on the bus to work isn’t exactly the Apollo 11 of publishing technology.

However, there now exists a book that frees the story from the page in an entirely new way, without resorting to frustrating gimmicks. The Silent History is a serialised narrative designed specifically for the iPad and iPhone. It tells the story of an epidemic, which sees a generation of humans born without the ability to use language. Reminiscent of the days when novels were introduced via excerpts in magazines before being published, it was released through a structured series of dispatches, or ‘Testimonials’, every weekday.

Co-authored by Eli Horowitz, former managing editor and publisher of McSweeney’s, author Kevin Moffett and designer Russell Quinn, the project started with a lot of “walking around and having rambling conversations with friends”, says Horowitz.

“We tried to come up with stories that would mesh well,” says Horowitz. “Sometimes the form would push the story and sometimes the story would push the form.” Evoking nostalgic memories of Choose Your Own Adventure novels, The Silent History planned to avoid the instant gratification that comes from swallowing large chunks of a novel quickly.

In addition to addressing a disappointment in the way the medium of the e-book was progressing, the project gave its authors the ability to fulfil the storyteller’s desire of allowing the reader to ‘exist’ in the world they created. So, if when reading about zombies you might happen to speculate on how quickly the epidemic in question will affect other countries, or how long the sewage system would run, you’re in luck – as The Silent History also contains Field Reports tied to a physical location IRL. Field Reports are contributed by the reader and before you bemoan losing out as a result of our geographic isolation, Australia actually has the highest per capita concentration of these in the world.

The novel’s fractured format also allows for different reader experiences – particularly now the serialisation is complete. There’d be those who dutifully digested each daily release since its inception in October 2012 and those taking the approach familiar to any typical TV series marathon viewer, watching several dispatches at a time. “There’s never any one right way to read the thing,” says Horowitz.

Recognising that “bingeing” on content isn’t generally what readers want, Horowitz’s next project will explore how serialisation can work on these devices in the future. “We’re only scratching the surface. [I will look at] dynamic serialisation, or the possibility of adjusting the pacing to the individual user, so the schedule is personalised, but without being entirely in your control.”

Speaking of publishing in general, Horowitz doesn’t see the digital environment as the future of literature perse, nor does he want it to replace the paper book. “This is a field with a lot of possibilities, [but we] can’t leave it to the tech companies or big publishers to figure this out for us,” he says. “There’s an opportunity for publishers to think about what else they can do, through collaboration and using different skills.”

You can buy The Silent History on iTunes here.