Produced by Broadsheet in partnership
with Bendigo Bank.

A New Invention Grows Plants on Your Bench

A Sydney-based startup hopes to revolutionise the home garden. In partnership with Bendigo Bank, we find out how they’re putting it all on the table. 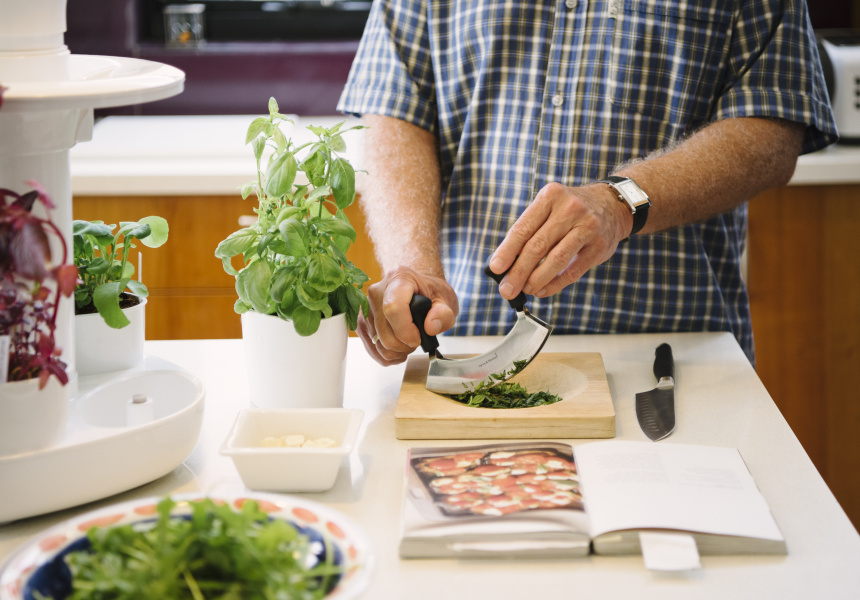 From the Hills Hoist to wi-fi, Australian inventions have helped shape modern life. Sydney start-up Urbotanica hopes its flagship idea, the Urbipod, will be next.

Part indoor-plant feature, part benchtop herb and salad garden, the Urbipod is a portable unit featuring inbuilt growth lights and a self-watering system. It aims to put an end to finding cold, limp leaves from the supermarket in your refrigerator, and inspire people to grow their own – especially those without an outdoor garden.

“We’re seeing higher-density living in most major cities now,” says Neale Anderson, co-founder and chief commercial officer of Urbotanica, the startup behind the UrbiPod. “And there’s a high level of interest in home growing and home cooking. So we thought the UrbiPod was a good product to develop a whole new brand of healthy living around. It’s designed to sit in your kitchen and produce fresh herbs and salads all year round.”

Instead of soil, the UrpiPod’s growing medium is compressed coconut fibre, a by-product of coconut cultivation. The lighting is commercial-grade LED lights “that are pretty low energy usage”, and the main unit is manufactured in Australia from high-grade plastic.

First blooms
Anderson says since launching in June 2017, the micro-garden is already appealing to a broad range of customers. “Some are pensioners who can’t do the gardening anymore and like having fresh herbs in the house,” he says. “One of our selling guys is 17 and loves sharing it on social media.” So far Urbotanica has sold around 250 UrbiPod units. A short-term goal, Anderson says, is to “sell our first run of the few thousand we’ve manufactured. When you’ve got a new brand you need that visibility. Getting exposure has been a challenge.”

A boost
The Clovelly Community Bank® branch of Bendigo Bank has been a key ally for getting that exposure. The UrbiPod was recently displayed at the Clovelly branch for six weeks and Urbotronica was also asked to promote the product at a sustainability forum the bank hosted in Sydney’s eastern suburbs. “We were invited to speak and promote our business,” says Anderson. “We got some great social-media content out of that. You don’t get that from others.”

Future goals
Urbotanica’s long-term objective is to develop a range of Australian-made products in the “health and wellness” space. Once established locally, Anderson hopes to then launch internationally. First on the list is Singapore. “There’s a strong interest in home eating and growing in Asian countries,” says Anderson. “You look at a place like Shanghai; it’s got 22 million people and most live in apartments. It’s a natural fit.”

Such lofty goals require time. Anderson, who has a background in corporate consulting, says he’s determined to make it work. “There are so many things to do when you’re starting up a business – the supply chain, manufacturing, design and marketing,” he says. “Our view is if you can’t devote the time to make it successful, don’t do it.”

This article is produced by Broadsheet in partnership with Bendigo Bank. Bendigo Bank and its Community Bank® partners have contributed $183million to help boost local communities and businesses right across Australia. Make the switch.

Produced by Broadsheet in partnership
with Bendigo Bank.
Learn more about partner content on Broadsheet. 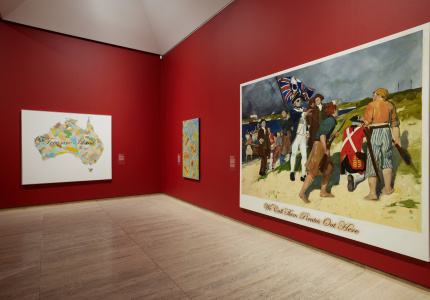