The New Australia Pavilion Opens at the 56th Venice Biennale

Australia opens its new $7.5 million home at the world’s most famous art exhibition. 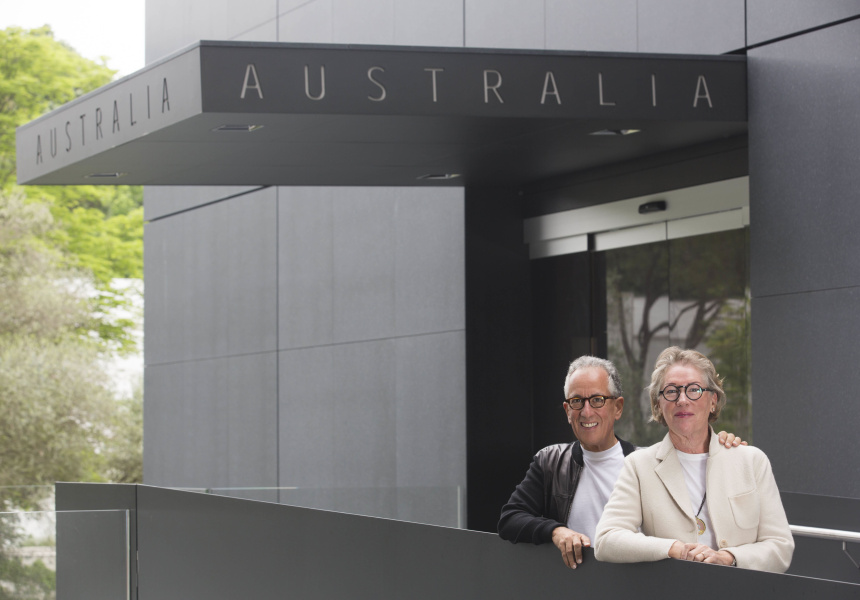 Every two years, in early May, Venice and its famous canals are overrun with art world glitterati for the Venice Biennale. The exhibition is considered the most prestigious event on the contemporary art world calendar and having started in 1895, it is also the oldest.

Australian artists have taken part since 1956. In 1988, Australia debuted its own national pavilion, designed by Philip Cox. That structure, however, was always intended to be temporary.

Melbourne-based architects Denton Corker Marshal won the competition to design the new permanent pavilion, which opened on Tuesday in Venice. It occupies one of only 29 coveted permanent sites in the historic exhibition gardens, known as the Giardini.

“This is a significant part of Australia’s arts infrastructure which directly faces international audiences and some of the world’s most influential artists, writers, curators, collectors and gallerists,” said Rupert Myer AM, chair of the Australia Council, which contributed $1 million to the project.

Denton Corker Marshall’s design is a two-storey black box, made of concrete and steel and clad in granite. The structure cantilevers out over the Rio del Giardini canal and represents the sole 21st-century pavilion in the gardens.

“We asked for a building that was distinctive, durable, resilient, and breathtakingly simple. It was key that artists could claim the space,” the Australian Commissioner and lead donor for the new pavilion, Simon Mordant AM, said in a statement.

The bold and minimalist structure was built with the help of $6.5 million in proceeds from 80 private donors (Simon Mordant and his wife Catriona contributed $2 million) including actress Cate Blanchett, gallerist Anna Schwartz and Santo Cilauro of Working Dog Productions.

“It reflects not how the world may see Australia, but how many Australians see ourselves, as a modern, forward looking nation,” Blanchett said in a statement about the pavilion. She officially opened Australia’s new biennale home in Venice, alongside Attorney-General George Brandis.

“The Venice Biennale is a place to engage in the international dialogue and to contribute to the conversations and trends of our time,” Blanchett added. “Many Australians have supported this project because they believe, like I, that art is important to our future.”

One of the most popular parts of the giant art extravaganza, which runs for seven months, is the national pavilion section, in which countries showcase the work of a single contemporary artist.

Arthur Boyd, Bill Henson, Howard Arkley and Patricia Piccinini have represented Australia at past biennales. This year, Adelaide-based artist Fiona Hall won the honour. Her multi-sensory show, Wrong Way Time, features 200 works of art and in her words is, “A minefield of madness, badness and sadness in equal measure.”

It was Melbourne restaurateur Ronnie Di Stasio who several years ago kick-started the conversation to build a new, permanent Australian complex in the biennale grounds.

The International Art Exhibition of the Biennale di Venezia officially opens May 9 and runs until November 22. Fiona Hall’s Wrong Way Time will show over the same period.