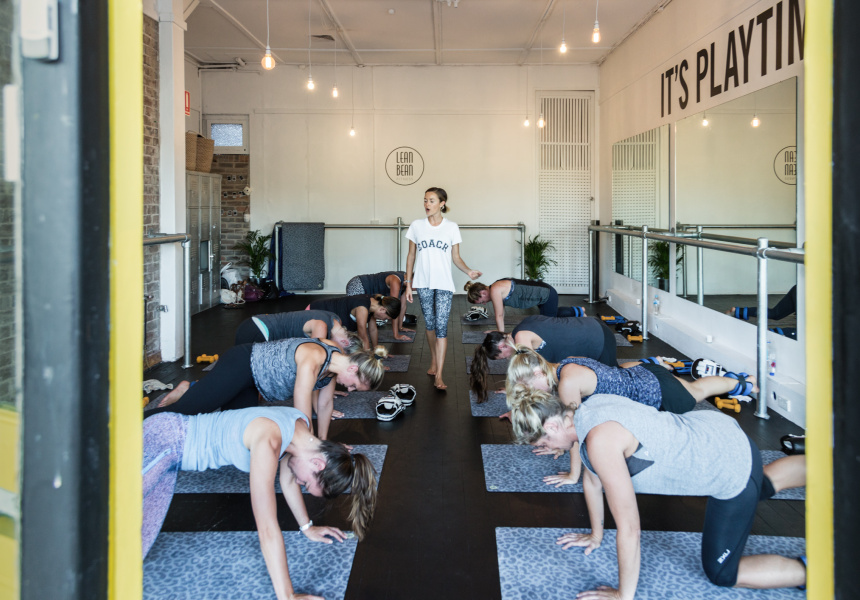 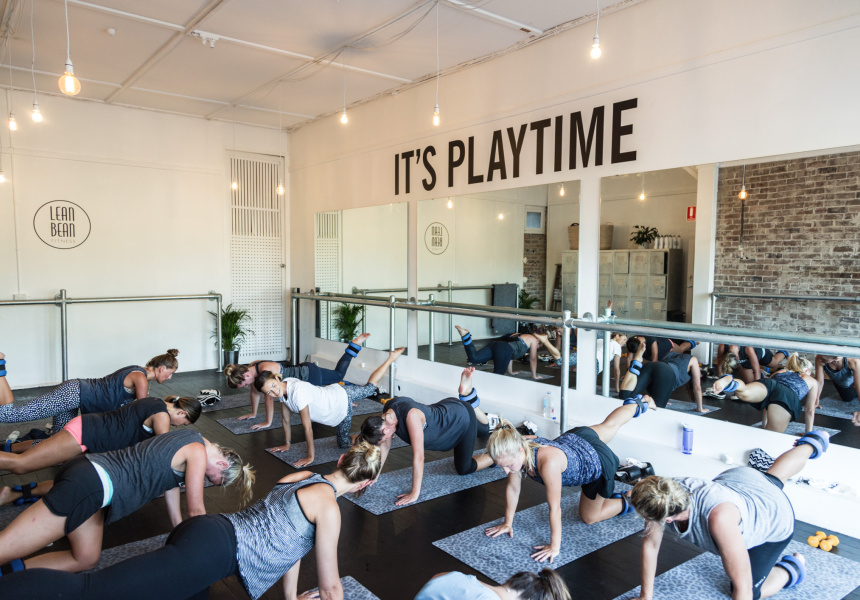 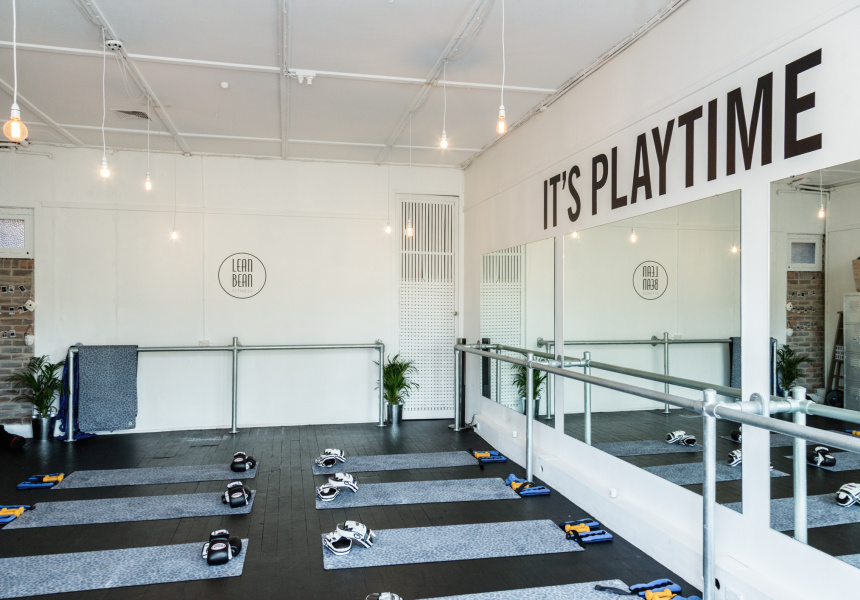 Lean Bean is an all-girl fitness studio founded by Lizzie Bland, a London-born, Sydney-based personal trainer who specialises in training women. Her studio is a girls-only space.

“Originally I set up a boot camp to make friends, that’s how Lean Bean started,” says Bland. “When I came to Australia I decided that I just wanted to train girls – I think and hope that’s what I do best. I know the female body so much better.”

But the overall feel of the studio isn’t “girly”. “It’s not feminine, it’s girls only just because that’s what I like doing, but I’m boy power just as much as I am girl power. I’m a bit of a tomboy myself. Boys are allowed in on Saturdays because every now and then it’s fun to have boys.”

While Lean Bean still conducts weekly boot camps on Bondi beach, the studio allows Bland to expand the types of classes she offers.

Classes are high intensity. Power Beans is a back-to-back cardio and resistance class that gets the heart rate up. Same goes for Boxing Beans, where cardio sessions are interchanged with boxing. Dancing Beans, taught by hip-hop professionals, involves a simple routine that’s fun but testing.

“I like high intensity mostly because I don’t see the point in going to an exercise class twice in one day. You should be able to come in, go hard, then go home and not feel like you’ve got to come back again.”

The studio space has exposed-brick walls, clean lines accomplished by heavy metal pipes, polished-timber floors and exposed, dangling lighting. There is a Ricky Gervais quote on one of the walls.

“It says, ‘The best advice I’ve ever received is that no one else knows what they’re doing either’. I friggen’ love Ricky Gervais. I don’t know what I’m doing most of the time, which is fine, and no one else does. So when you’re in the Dancing Beans class thinking, ‘What the hell is this? I’m not getting one move [right]’ it’s okay because no one else is.”

If for no other reason, go to a class to hang out with Lean Beans’ mascot, Artie the black miniature poodle. He likes to lie on your abs while you’re doing sit-ups.