It's your last chance to see 24 brand new works on film created by artists, filmmakers and choreographers. 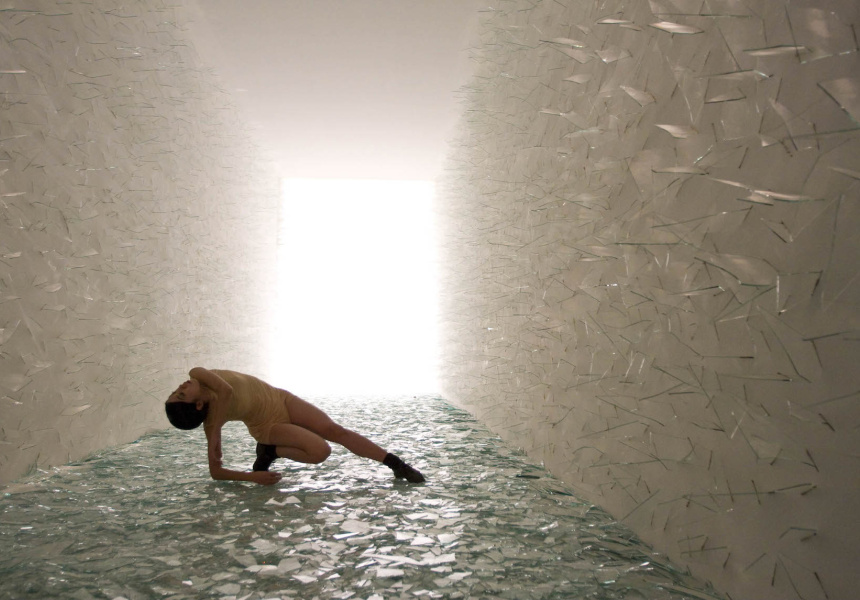 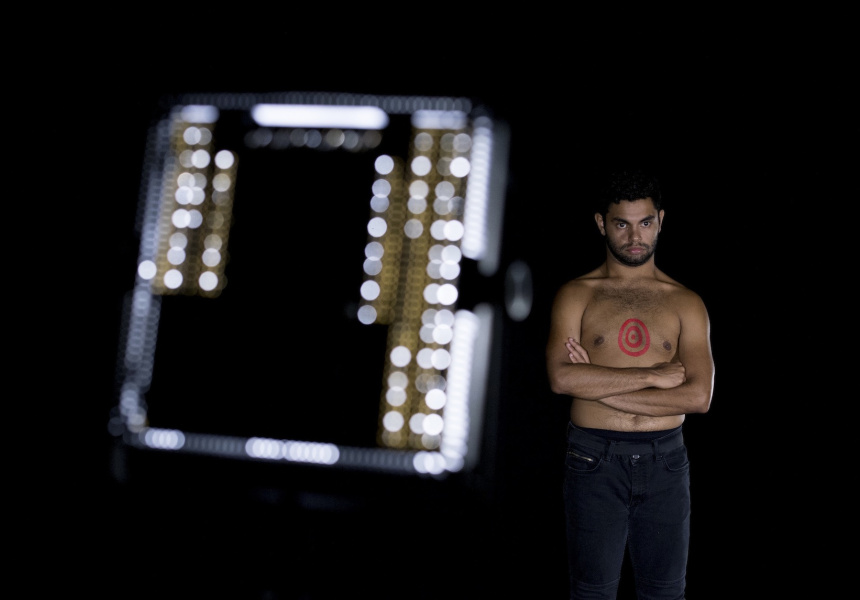 For six weeks in June, some of the cavernous spaces of Redfern’s Carriageworks will be transformed into a custom-made gallery, hosting 24 commissioned artworks.

24 Frames per Second is one of the most ambitious projects the performing arts venue has produced to date, a three-year project involving 24 artists from Australia and the world.

Some of the most respected artists from the worlds of dance, film and the visual arts are taking part in 24 Frames per Second. The project pairs artists from disparate disciplines to create new works on screen that promise to provoke, enlighten and entertain.

The exhibition is a response to an increasing shift towards cross-artform collaborations. Internationally this has been noticeable in cities such as London, New York and Paris, where gallery directors have invited choreographers and dancers to create works for these previously hallowed gallery spaces.

“Traditionally, the boundaries around the art forms have been quite defined and they’re now becoming increasingly porous,” says 24 Frames’ co-curator Nina Miall who, with Beatrice Gralton, has commissioned and overseen the works. “More and more there’s been this vivid dialogue happening. That’s the most experimental frontier of artistic practise at the moment: collaborating across disciplines.”

Although many of the projects involve dancers and choreographers the exhibition is not simply dance on film. The only requirement the artists were given was the final product was to be a moving image work that involved dance, movement or gesture.

Paris-based Australian visual artist Angelica Mesiti was immediately intrigued when approached to be part of the exhibition. Mesiti, whose video The Colour of Saying is currently on display at Anna Schwartz Gallery in Sydney, trained as a dancer at the Laban Centre for modern dance in London before deciding to go to art school. “I’ve been interested in the idea of choreography but outside dance, through screens or movement or performance within a space,” she says.

For 24 Frames, her as-yet-untitled work explores the North African tradition of hair thrashing which is performed as part of a larger dance at weddings and induces a trance-like state. Mesiti collaborated with local Algerian-born dance teacher Saddia Souyah who has spent a lot of her own dance practice researching and developing Arabic dance.

Her video features Souyah with four fellow North African-born Parisian women in an hypnotic, silent projection of the women performing part of the hair thrashing ceremony.

“I was interested to see if it was practised by Moroccan/Algerian communities in Paris and how certain cultural practices get transported and transferred through migration,” Mesiti says. “It was an interesting process. Saddia was an incredible source of knowledge and we collaborated, developing the idea.”

Adelaide filmmaker Sophie Hyde, has worked with Restless Dance Theatre for abled and disabled dancers and actors. Sydney-based Lebanese artist Khaled Sabsabi worked with Western Sydney Wanderers fans, looking at the choreographed nature of their anthems contrasted with the solitary figure of an Indonesian shaman working himself into a spiritual state of ecstasy. UK choreographer Siobhan Davis and filmmaker David Hinton have filmed a woman running for 10 seconds and shared the film’s 250 frames between artists and dancers who have each made choreographic and visual interventions on the background.

While Sabsabi’s work will feature in Carriageworks’ main public space alongside performer Brian Fuata’s video installation, the remainder will be shown in a purpose-built “gallery” in the former railway yards’ bays 27 and 28. Some films are five minutes, some 40, some are arrestingly loud while others require silence; all of which poses a challenge for Miall and Gralton.

“We’re doing a very ambitious build, it will have a very experimental feel to it, quite dynamic,” Miall says. “Any exhibition that involves entirely new works is a leap of faith, but we always wanted it to be daring and risk-taking. I hope people will be excited by where experimental artistic practice is.”

24 Frames Per Second runs at Carriageworks from June 18–August 2.