From the photographer's own collection, images of the changing face of Sydney have broken records at auction. 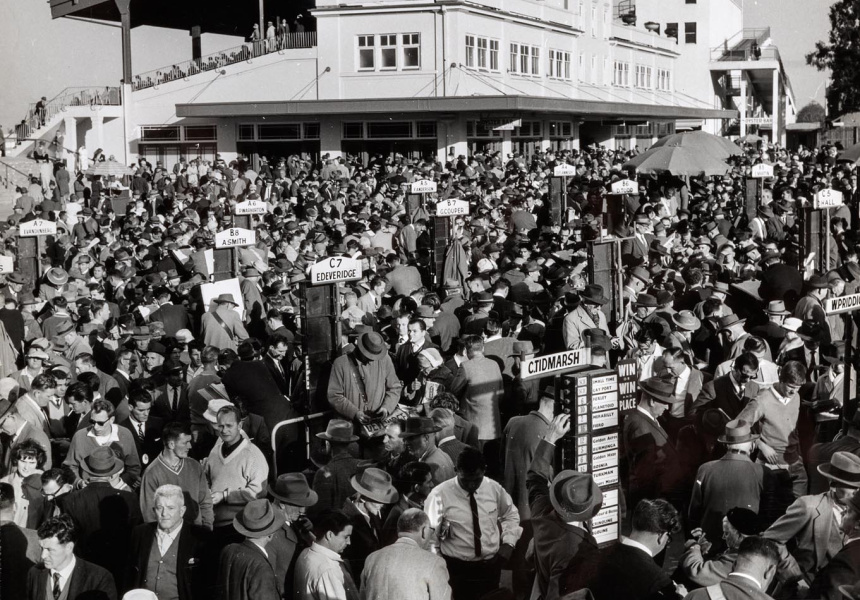 Max Dupain (1911–1992) is a legend in Australian photographic history. A great modernist whose career spanned much of the 20th century, his work is synonymous with Sydney. And, in testament to his enduring legacy, an auction of around 500 works from his private collection has generated $1.67 million, setting a record for any photographic auction by one artist in Australia. A signed print of Dupain’s most iconic image, Sunbaker, was estimated to pass at $20,000–30,000 but in fact went for $105,000. Anna Hombsch of Mossgreen Gallery and Auctions oversaw the sale on behalf of Dupain’s son, Rex, in June.

“The results were staggering,” she says about the sales made to private collectors and major institutions alike. But what she found most encouraging was that this emphatic response was to a body of black-and-white photography. “For us it was a really significant marker of Max Dupain’s importance in Australian photographic history, but also for the maturity of the appreciation of photographic arts in Australia,” she says. “It’s such a major collecting category internationally, and previously I think Australia has lagged behind in appreciation, if you like, so it was wonderful for us to see this sort of response.”

While Dupain was famous in his lifetime for his iconic beach works – Sunbaker (1937), Form at Bondi (1939), and nudes such as Untitled (Jean with wire mesh) (1936) – he also documented Sydney’s evolving architectural landscape over several decades. “He was employed by architects to document construction processes,” says Hombsch. He had a longstanding relationship with Harry Seidler, was commissioned by the National Trust of Australia to document heritage buildings, and took thousands of images of the Sydney Opera House throughout its construction. Hombsch believes Dupain would have been surprised that these – his “bread and butter works” – would become so collectable.

So, whether we’re looking at Sunbaker or a view of the AWA radio tower, what is it that makes Dupain’s work so enduring? “All his images are very tactile, [their subjects] become inanimate in this very structural, modernist way, so you can place yourself within the image and you draw on all these remembered experiences,” Hombsch says. “And even though Sydney has changed significantly, you can still get the feeling of the place and you’re transported to the time in which they were captured.”