Carriageworks’ next big installment for Sydney Festival 2015 will be a sprawling maze of paper, echoing with sound. 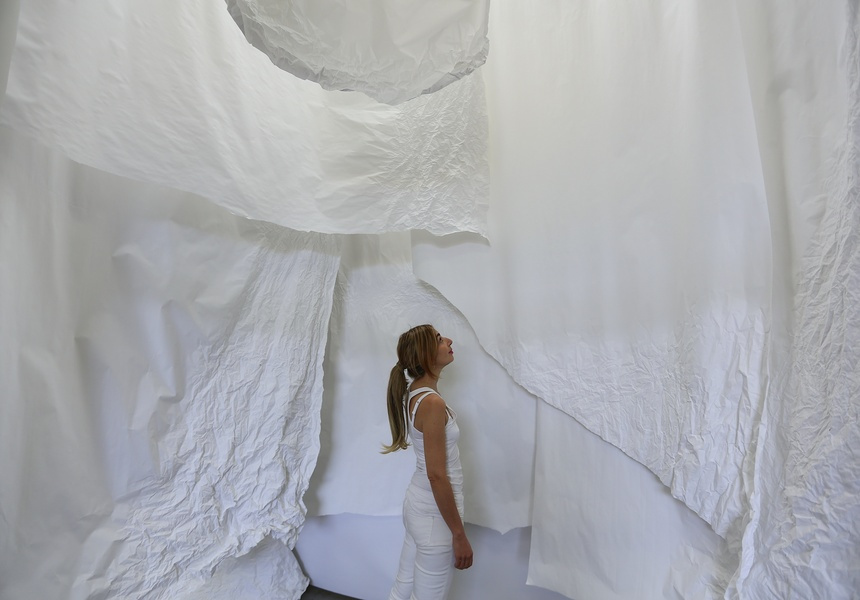 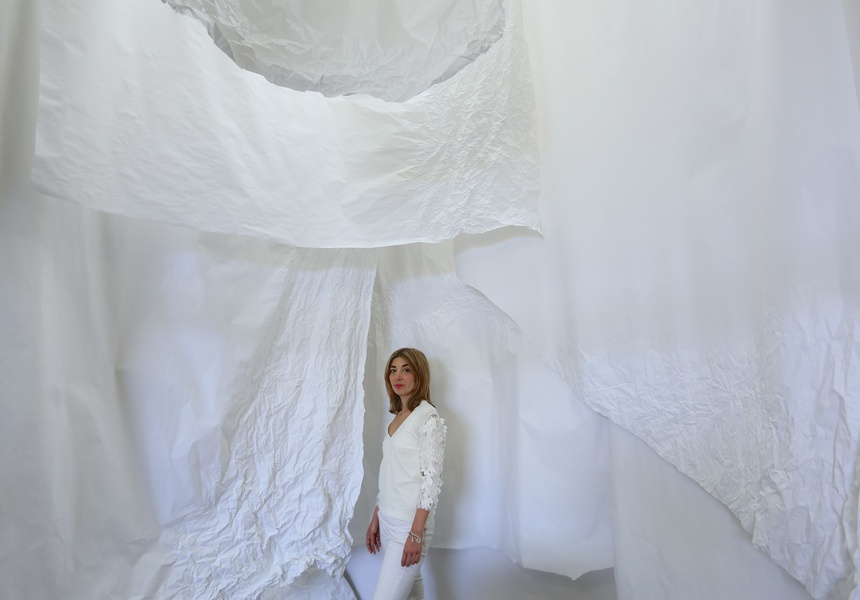 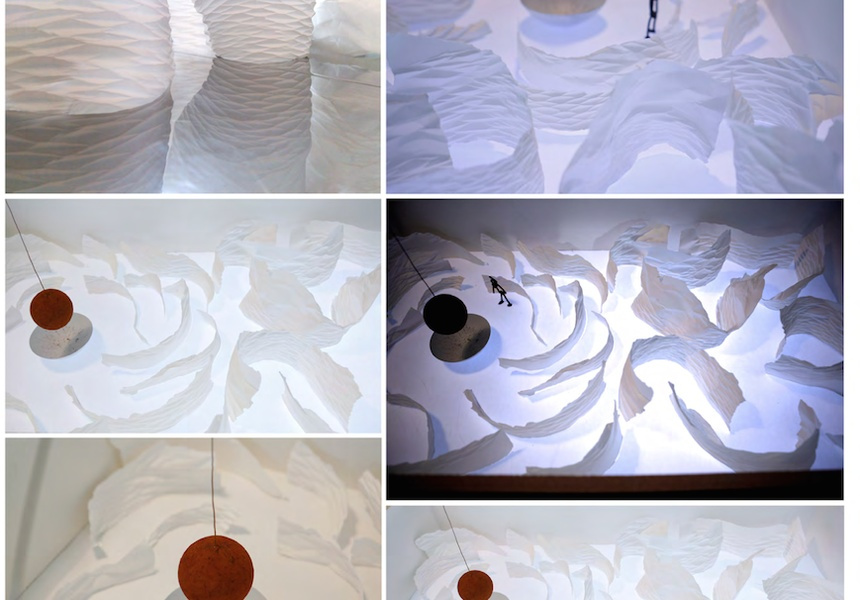 Above all, Mira Calix considers herself to be a storyteller. The UK-based composer, DJ and multimedia artist has supported Radiohead and performed at Glastonbury and Coachella. Her work is offbeat, ethereal and entirely charming.

Earlier this year she wrote and performed a score using the live song of crickets for the 25th anniversary of British electronic music label, Warp. She created a sonic stone sculpture for the London 2012 Festival and was commissioned to compose a new soundtrack for Alfred Hitchcock’s Champagne. For the 2015 Sydney Festival, Calix has dreamt up Inside There Falls – an immersive sound labyrinth built solely from paper.

Perched on a couch in the gaping foyer of Carriageworks in Sydney, Calix is wide eyed and animated; despite the travel hours she has very recently endured. “I’m really interested in narrative and storytelling. I’m always trying to tell a story, even though it may not be clear to anyone else,” she says. Incorporating both music and dance, Inside There Falls is a dramatic, large-scale paper maze that we are invited to become lost within. “I love the fact that you make your own story,” Calix continues. “And actually, this work is the epitome of that, it’s giving people all the elements and fragments of the story, but then everybody will make it their own.”

To form Calix’s maze, 487 great sheets of starched white will hang from Carriageworks’ cavernous ceilings. As you delve further inwards, layers of paper will peel back, while voices echo through the surreal fantasy setting. A pair of shadowy dancers choreographed by the Sydney Dance Company’s Rafael Bonachela will move through the pages occasionally, glimpsed only by some.

The installation was inspired by a piece of text that resonated with Calix. “It was really the impression [this text] left on me,” she says. “Somewhere within a six-month period it started to become something – I started to see it. Although it was probably to do with other obsessions at the time, I knew very quickly that I needed to use a lot of paper.” Indeed, Calix allows her pure artistic vision to fully dictate the development of her work. “It’s understanding what something should feel like, what is its purpose, and then it’s figuring out what material it needs to do that. The material could be a piece of electronic music, it could be paper, or it could be stone.”

With the narrative at the very heart of her practice, Calix has never wanted to limit herself to one mode of artistic expression. Hence her propensity to crisscross mediums, collaborate and to cultivate new artistic strengths. “I studied visual art, but I am a self-taught musician. So I’ve actually come full circle,” she explains. “I have all of these points of communication available to me. I think as an artist, you want to use everything available to you.”

For Calix, working with paper to construct her vision for Inside There Falls has been a point of exploration and experimentation. While the medium holds an obvious but timeless connection with storytelling, Calix was mesmerised by its density and strength. “As soon as you release the starch in the paper it becomes this very dense material, so its more like a plastic or a metal, and not fragile as you might imagine,” she says. “I’m interested in investigating materials and also how those materials relate to sound and other things.”

However it is the space between the artist and viewer, composer and audience or storyteller and listener that is most intriguing for Calix. “For it to have real meaning is when you are part of that story, or you put yourself into the story. That’s interesting to me. It’s why you might see a load of things at a gallery or at a concert but one thing really gets to you and that’s because you’re in that story.”

Inside There Falls is at Carriageworks for the Sydney Festival from January 8–17, 2015, showing noon–8pm daily.