The latest exhibition at Anna Schwartz sees one face appear in many forms. 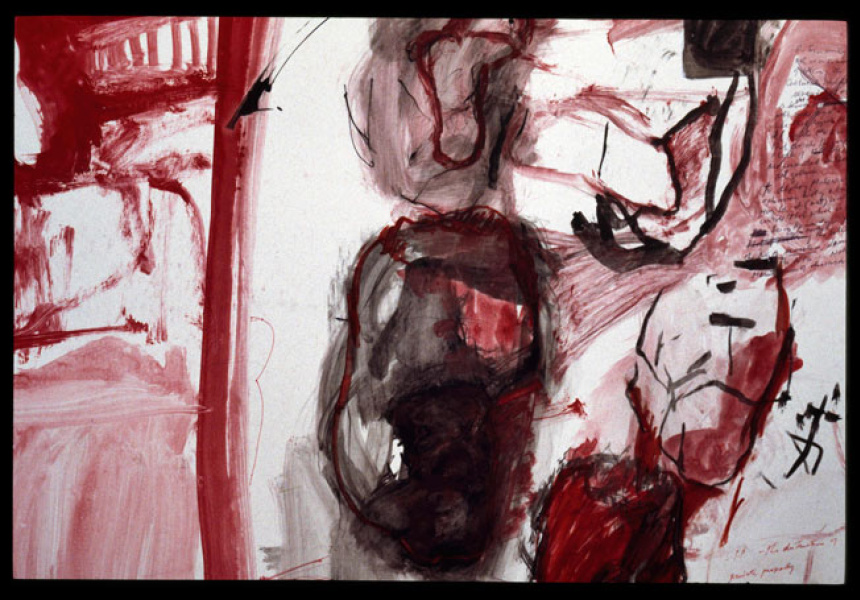 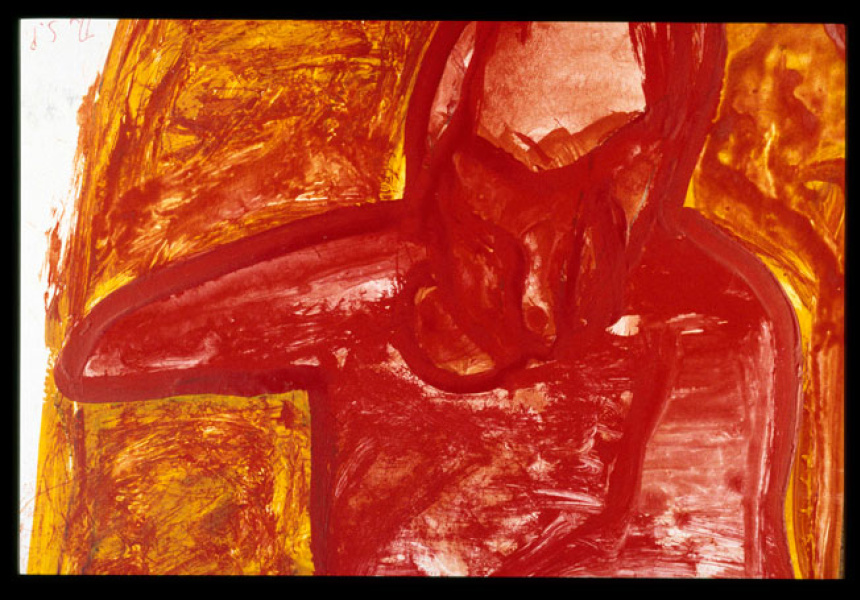 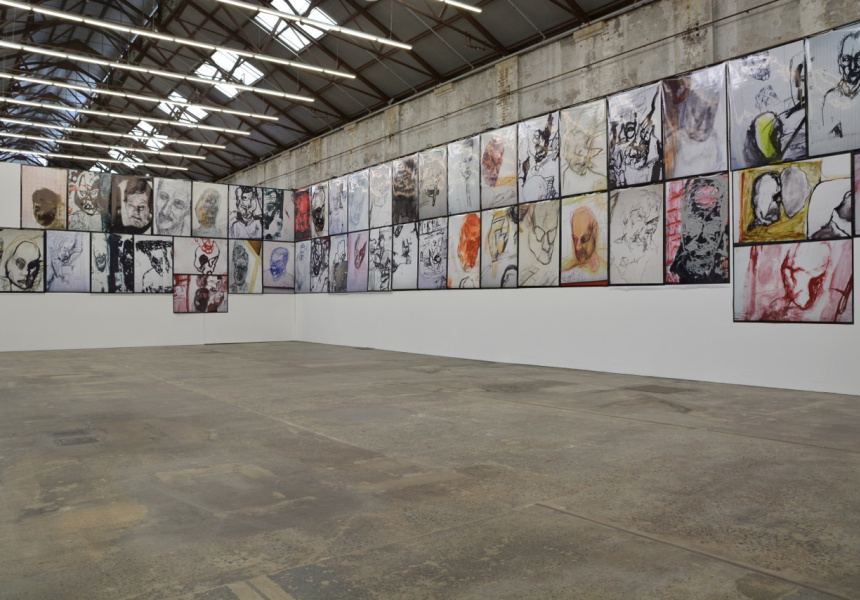 Mike Parr’s Easter Island is comprised of 99 photographs of drawings – a series of arresting numbered self-portraits by the artist, all measuring precisely the same, generously blown-out size. Taking hold of Anna Schwartz’s Sydney space, each of the photographs in the collection have been draped from the dramatic canopy of the gallery down to eye level. The effect is unsettling: you are suddenly dwarfed by Parr’s coloured etchings as they leer above you, the same face repeated in different focus, some more alien and abstract in appearance than others. The exhibition is lit only via natural light filtering through skylights above, which has allowed November’s cloudy weather to infiltrate and become a part of the darkness in Parr’s work.

The artist is most famous for his self-mutilation performance, including the piece from 1977 in which he appeared to cut off his own arm. Parr’s work is intentionally disarming – no pun intended - and for him Easter Island and its extant 887 stone megaliths represent “the graveyard of the image.” For Parr, the statues are a built tribute to the image of man, or an ancient edition of ‘selfies’ that tore from the environment and ultimately accelerated the end of a civilization. “Those megaliths on E.I. look like the end of the egocentric,” he says. “A cemetery of falling mentalities and the end of history.”

Parr’s series appears as fragments of a sketchbook, where pilot brushstrokes and pencil lines have been patched beside one another, while each page permeates versions of the same face, echoing the empty and silent repetition of the Easter Island monuments.

Easter Island is at Anna Schwartz Gallery in Sydney until 21 December 2013.