Sydneysiders will have a chance to immerse themselves in Aboriginal art and culture as artists and designers from some of the country’s most remote regions travel to the harbour city. 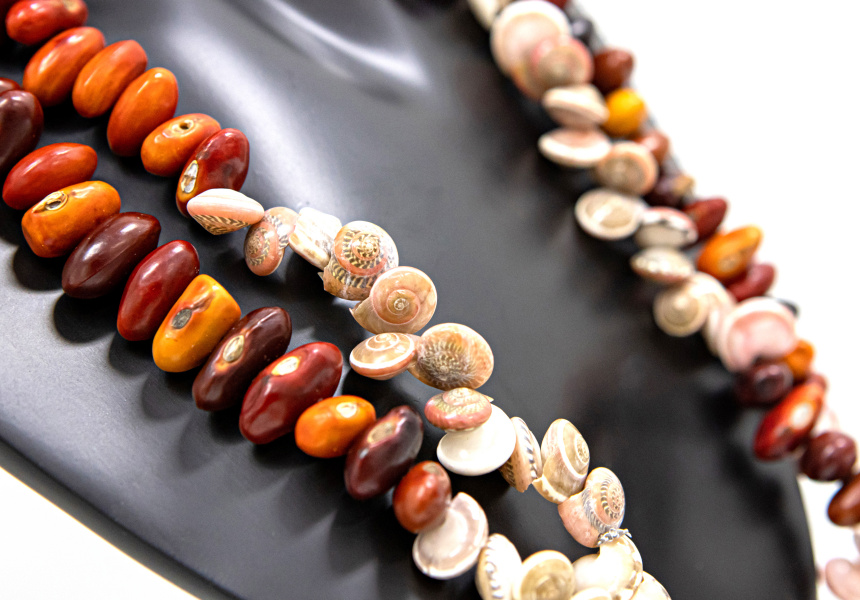 When he was growing up, Peter Cooley loved nothing more than sitting with others and watching the local Aboriginal artists and craftspeople at work in his neighbourhood La Perouse, the men carving woodwork and the women creating intricate shell art they’d later sell to eager art buyers. It was a tradition started in the 1960s, creating what Cooley refers to as “a huge Aboriginal tourism destination” that went on into the ’80s.

“I was fascinated,” says Cooley, a proud Bidjigal man. “But then it died off to the point where, if you drive around La Perouse [now], you wouldn’t even know there was a major Aboriginal community there.”

So Cooley decided to do something about it.

When he co-founded First Hand Solutions in 2012, a small not-for-profit that exists to improve the lives of Aboriginal people through culture, employment, training and economic development, Cooley’s first mission was to help revitalise the cultural tourism of La Perouse. First Hand Solutions did that through establishing the Blak Markets, a regular Aboriginal market supporting small arts, crafts and tourism enterprises that began in 2014 with 11 businesses. It has now grown to 80, expanding from regular market days at La Perouse’s Bare Island to quarterly markets held at The Rocks Markets.

In 2017 they added a market at Barangaroo Headland, with 11 remote Aboriginal art centres. It was so successful they decided to go bigger again. This year they will stage the third National Indigenous Art Fair [NIAF] at the Overseas Passenger Terminal at Circular Quay, hosting no fewer than 22 remote and regional Aboriginal art centres alongside Blak Markets’ stallholders, selling paintings, sculptures, jewellery, fashion, traditional arts and crafts, textiles and woven products ranging from $50 to $10,000.

“We have art fairs in Darwin, Cairns, Adelaide, Alice Springs, but the biggest city in Australia with the biggest market doesn’t have an art fair. So we decided to create one, and called it the National Indigenous Art Fair,” Cooley tells Broadsheet.

The fair provides an opportunity to not only buy from an ethical national marketplace, where all proceeds go directly to the artists and First Nations communities, but to meet the makers as well.

“Most of the time the artists just sit in the community doing their work, they have no idea where it goes or what happens to it,” says Cooley. At the NIAF the artists not only meet their customers but also have professional development opportunities, with visits to the Museum of Contemporary Art, Art Gallery of NSW and Artbank, giving them an insight into where their art is going and how it’s used and perceived.

“Being able to bring 20 to 30 remote art centres is a very big thing and makes a big difference to those communities, cutting out the middle people so the centres benefit from increased income,” says Cooley, noting 2020 and 2021 were incredibly difficult years for the remote centres, which often struggle to even access the internet, let alone establish online galleries.

“Most of these artists are seeing the bright lights of Sydney for the first time, we get artists just staring out the window at the Sydney Opera House because they’ve only seen it online.”

The fair offers a lot more than just art, with two days of Indigenous culture including live performances from singers Mi-kaisha and the Djinama Yilaga Choir and performances by Wagana Dancers. There will be kids’ dance and craft workshops, and storytelling in the sand circle, a communal weaving project and bushfood cooking demonstrations from Indigenous chef Matthew Atkins.

On the Saturday, Dwayne Bannon-Harrison of Mirritya Mundya catering (the name means “hungry blackfish” in the Ngarrigu language group of south-eastern Australia) will make myrtle blackfish, a vegetarian sweet potato dish and other dishes.

“It’s about us being able to share culture and stories, coming together and passing on traditional knowledge to our people,” says Cooley. “But for the wider community it’s education, the sharing of culture.”

Signifying the beginning of Naidoc week, the fair will also host a panel discussing this year’s Naidoc theme: Get Up, Stand Up, Show Up. Traditional owners, Aboriginal leaders and artists will discuss issues impacting their community, from fracking to the leadership role played by the Koori Mail following the Lismore floods.

Online marketplace Welcome to Country – which promotes First Nations products and experiences – will also be offering a tour with the fair’s curator and creative director, Lyndsay Urquhart. She’ll lead a guided tour of the fair, giving insights into the artists, art centres and stallholders.

The National Indigenous Art Fair runs from July 2–3 at the Overseas Passenger Terminal, The Rocks. Entry is by gold coin donation, which goes to First Hand Solutions’ Aboriginal youth program.