Making Plans For The Best Day

With online social planning start-up The Best Day, Whitney Komor and her team are doing away with long email threads and Facebook tumbleweeds to help you and your friends make plans easily and quickly. 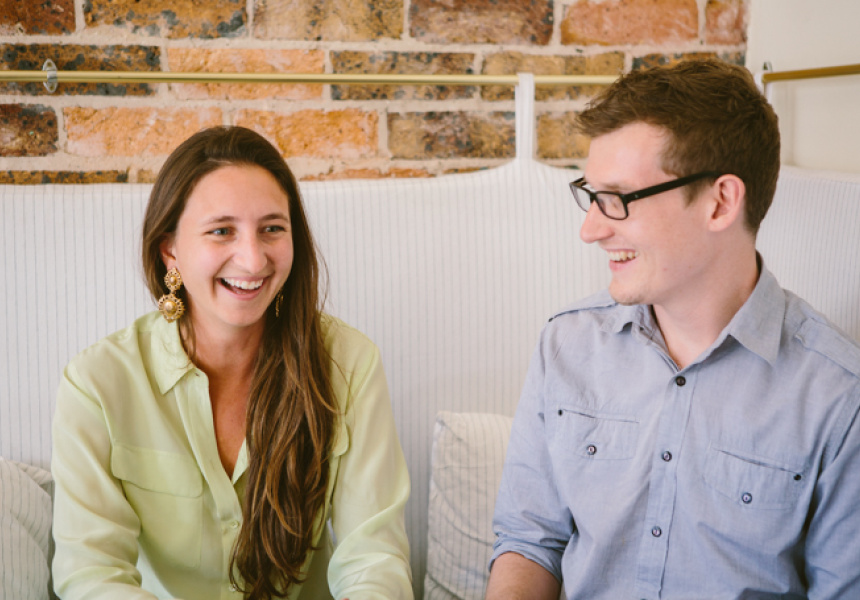 According to the Australian Department of Innovation’s 2012 Small Business Statistics, over half a million Australians are involved in early stage entrepreneurial activity at any given point in time. Concurrently, the Australian Women Chamber of Commerce and Industry’s findings, released last year, show that the number of women taking the plunge and starting their own businesses has doubled since 2007. Twenty-five year old, Sydney-born Whitney Komor is one of them, the deal sealed when she made the decision to take an extended leave of absence from a graduate marketing position to begin working on the seed of an idea that had been brewing in her mind.

That seed has grown into what Komor proudly describes as a legitimate business: The Best Day, an online social planning tool that simplifies the painful and time consuming “back and forth messaging vortex” that occurs when planning an event with friends on Facebook or over email. The Best Day transforms this white noise into an actionable plan, complete with in-site voting on variables like location, time and attendance for say, a dinner or group trip out of town.

“I just could not believe how frustrating it was to get my friends to do anything,” says Komor over lunch at Paddington’s The London Hotel. She recalls a particular incident, when an email thread between her group of friends got so long and complicated that the plan never eventuated, thus sparking her idea.

All of us have fallen victim to today’s social media users’ increasingly flaky responses to invitations, thanks in no small part to Facebook’s ‘maybe’ RSVP option, which, in Komor’s view, totally brings down a plan. “If you tweet something, or like something, it’s a bit like a tumbleweed. A few people may comment on what you’ve said, but it doesn’t take you anywhere closer to having something in your diary and a commitment from your friends. It just hit me that it shouldn’t be so hard,” she says, and from now on – Komor’s aim is that it won’t be.

The odds of success in the deeply competitive waters of internet start-ups are slim, especially for a first-timer with no prior experience to draw on. Komor, who now employs three full-time staff, is the first to admit this. The difference when it comes to The Best Day is the amount of initial funding that was raised by Komor. Though she pins a part of it down to luck and being in the right place at the right time, the numbers are plain and simple. Following a “whirlwind trip” to the US to seek advice from contacts in New York and San Francisco, Komor was able to secure $1 million via two Australian investor groups in just 23 days.

“A lot of people talk about raising money as a point of success,” says Komor, “but I actually hadn’t felt more pressure than I did at that moment, when really you’re raising money because [the investors] are expecting a 10-times return.” If this process was easy, every Gen Y with a half-baked idea would be selling it to the world, but the truth is, the work and hustling to get the idea off the ground and into the marketplace is endless, and incredibly expensive – thus the million dollars. So far, all The Best Day’s funding is being put toward building the platform (on mobile and desktop), design, and finally marketing it to those who are the most essential of all – the users.

The Best Day’s biggest goal is to install a ‘Go With Friends’ button on city guides, cinemas and hotel sites, through to travel, daily deal websites and events, which will lead users to creating a solid plan through The Best Day. “We see it as being similar to a tweet button, which people click on when someone wants to share something,” she says. “We want to be where someone goes when they want to plan something.”

Apart from the button, the biggest step forward in the trajectory of The Best Day is the group’s first marketing push. Under the moniker of Dinner Giver, The Best Day have pledged one dinner donation to local charity OzHarvest for every dinner that is planned between friends through The Best Day, up to a lofty goal of 10,000 donations. “You don’t have to raise the money yourself, and you don’t have to do volunteer work,” says marketing manager Anna Hankin. “It’s literally just inviting your friends to dinner, and you’re helping someone.” It’s a bold but socially conscious move, something that is seemingly more important to the crowd of Gen Y business owners, who aim to combine operating their business for a profit with finding ways to involve those who need assistance along the way.

Komor’s ambition and deep comprehension of her product are clear. “Frankly, planning doesn’t have to suck so much anymore,” she says, smiling. “Giving back to the community has made us feel like all this work is worth our while. It feels great that we’ve built this little thing and we’re giving it a go, you’ve got to completely allow yourself to dream massive.”

Beginning this week, plan your next dinner using The Best Day and a dinner will be donated to OzHarvest on your behalf, up to 10,000 dinners.