'Loud!' is a small collection of photographs about women at the Art Gallery of New South Wales that's speaking volumes. 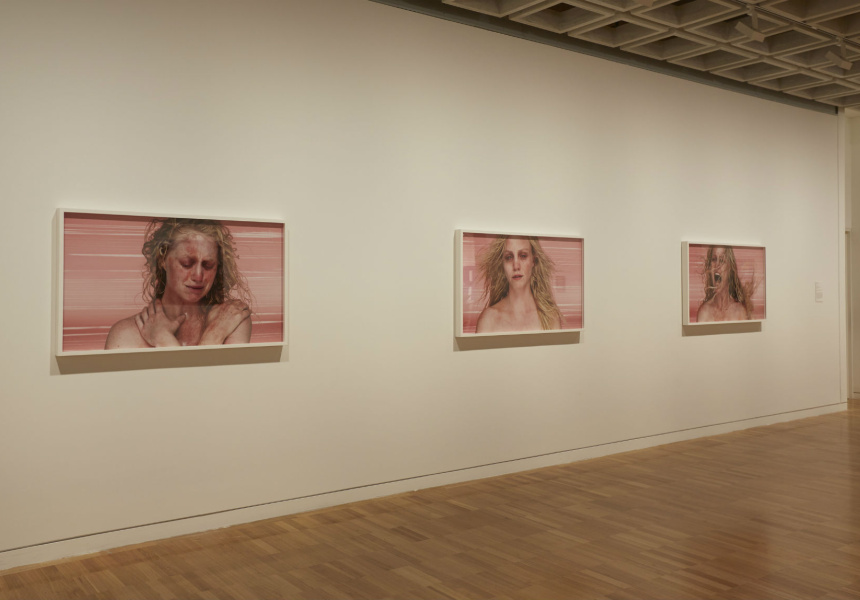 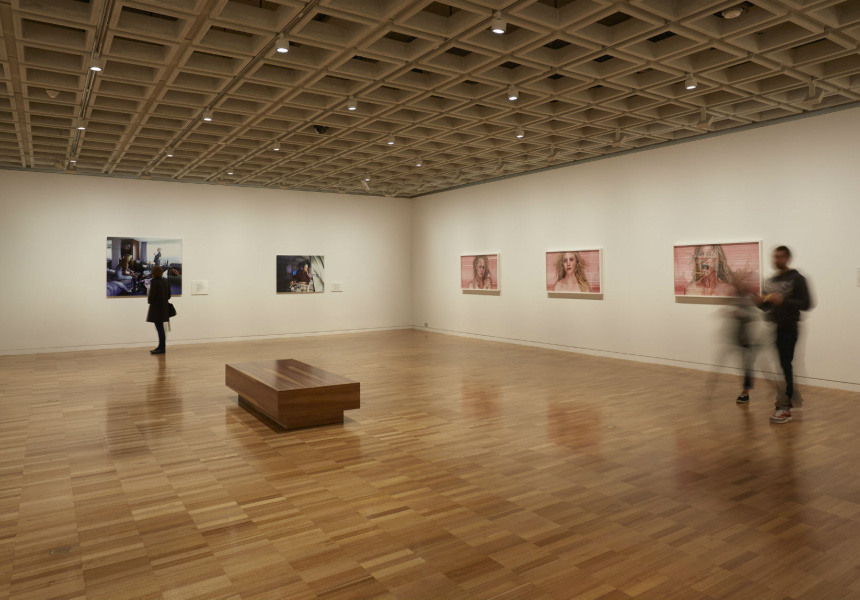 1975 was named International Women’s Year by the United Nations. Since that year, March 8 became International Women’s Day. Now, to mark the 40th anniversary of that naming, the Art Gallery of New South Wales is displaying a concise but evocative collection of 12 photographs from its archives. Loud! is made up of images from four photographers, each exploring constructions, perceptions and experiences of femininity.

“[The photographers] all work with some element of theatricality and the construction of fictive personas,” says Isobel Parker Philip, who worked with curator Judy Annear to select the photographs from gallery’s collection. “In a lot of them, there are narratives that are interwoven or processes of masking or deception that are teased out.”

Three photographs from Miwa Yanagi’s series My Grandmothers are featured. Three young women imagine and bring to life their future, elderly self. With prosthetics, make-up and post-production, they embody lives that are bold and at odds with the stereotypical image of the geriatric. These imagined futures are outrageous, raucous and worldly, and give a rare agency to their subjects.

Rosemary Laing’s a dozen useless actions for grieving blondes consists of three photographs. At first they appear to be of the same blonde woman, but they are in fact each different people. Each has her face contorted into an expression of grieving –skin blotched and raw.

New Zealand photographer Yvonne Todd harnesses the glamour shoot to make the female subject faceless; defined by accoutrements rather than a persona. “She always introduces these little macarbre details, or offsets it with a little bit of awkwardness or the absurd,” says Parker Philip, pointing out the subtle difference in the subject’s shoe height and the superimposition of fabric where the subject’s skin would be. Similarly disconcerting is the image of Nicole Kidman’s wax image, which acts as a standard bearer to the collection.

Anne Zahalka’s photograph deconstructs the notion of idealised womanhood. The series from which this photo is taken, “Explicitly plays with the distinction between a body and an object, and a woman as an inanimate object rather than a human being,” says Parker Philip.

It’s a short but strong exhibition that presents ideas about how women are perceived, constructed and represented. The collection has a persistent sense of subversion: everything you see is a photography, but it’s all illusory.

Loud! runs until July 5 at The Art Gallery of NSW.
artgallery.nsw.gov.au