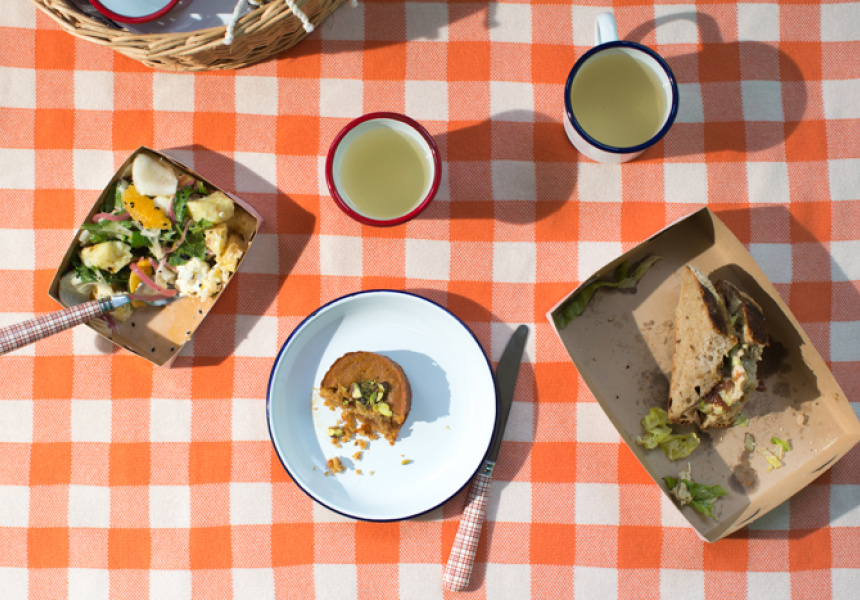 Centennial Park is set to host Lost Picnic, a new boutique music festival bringing together Sydney’s love of food and music for one afternoon on Sunday March 23.

Headline act Megan Washington, performing material from her new (as yet unreleased) album, leads a lineup that features indie five-piece The Rubens, as well as up-and-coming acts including Dustin Tebbutt, Emma Louise, and Sons of the East.

“I expect people to be dancing on their picnic blankets before the sun goes down,” says festival organiser Simon Beckingham. “Unlike other festivals with multiple stages and huge amounts of talent we want to create a community feel with one stage and a carefully crafted line up.”

Beckingham says the idea for Lost Picnic came from a desire to create an event that combines two things he and business partner Wade Cawood love the most – food and music. “We thought a picnic was the perfect way to combine this experience,” he says.

“We started the idea with a slightly more humble approach but after speaking with friends around us we decided to create something Sydney hasn't seen before. Lost Picnic is all about local produce, craft beer, amazing wines and the best Australian talent, something different to what is out there.”

Launching a new festival at a time when other larger events like Harvest and Homebake have failed may seem like a brave move, but Beckingham believes Lost Picnic fills a space in the market.

“Sydney is all about music and food, so why not join the dots,” he says. “The current shake up in the festival market will give birth to a new generation of boutique events, and this is what Lost Picnic is. We're not trying to compete with the large festivals, we're just carving out a niche for people who want something different.”