Surprising shadows, forgotten songs and illuminated trees – a note on the importance of public spaces and our city’s transformation. 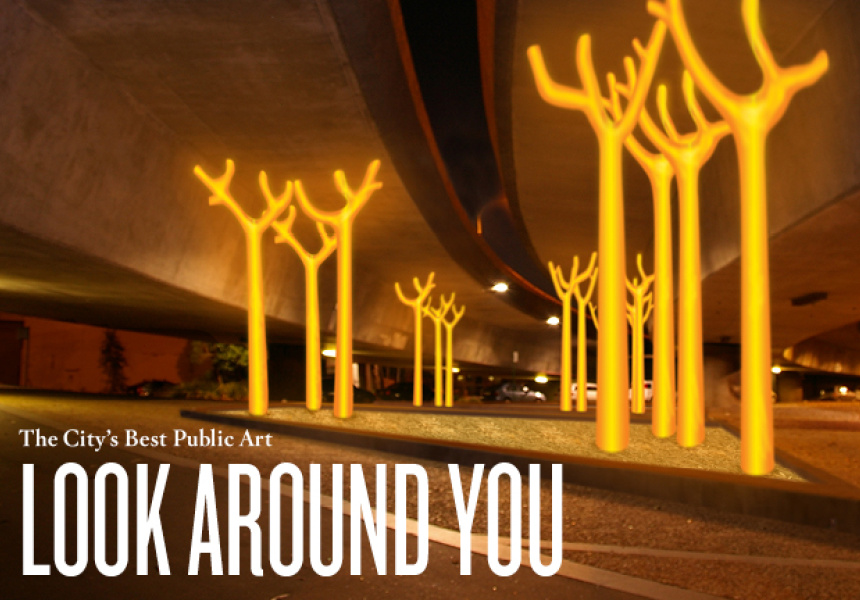 Life Under the Freeway 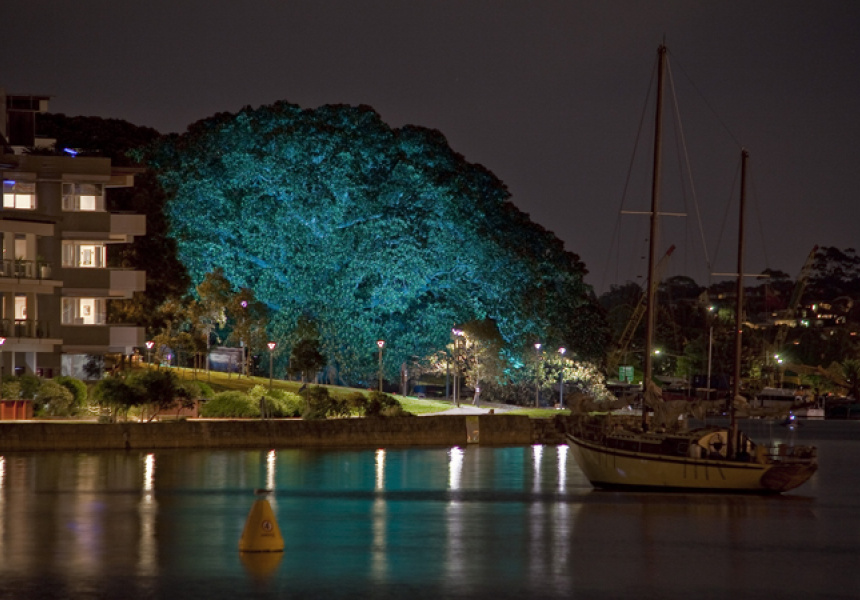 Life Under the Freeway

One doesn’t often have the chance to juxtapose New York City and humble Sydney, especially when considering the design of public space. However, it looks as though we are not too far behind in the way of major boulevard transformation and may soon have a bit more to offer than nice weather and a water view.

A recent New Yorker article described how a Norwegian architecture firm, Snøhetta, is redesigning Times Square, the heaving thoroughfare renowned equally for its iconic status and the universal disdain it receives from New Yorkers. In a frank sign of contempt, city residents walk blocks out of their way to avoid it. The architects’ goal is to remodel the public space so they don’t feel the need to. [fold]

Sydney’s George Street breeds a similar sentiment, with its traffic, hoards of inebriated tourists and fluoro-lit kebab shops. However, similarly to our Big Apple brethren, there are plans in place to make some changes.

Here’s hoping that in a few years the George Street drag will be unrecognisable, with a plan to introduce light rail and create a pedestrian-only city ‘spine’. Part of a larger transformation program, according to the City of Sydney’s design director Bridget Smyth, this will contribute to the city’s aim of shaping its built environment to be “engaging, interesting and lasting”.

According to Smyth, this plan is quite unique on an international scale. There’s a significant focus on making visible our first peoples’ cultures and collaborating with organisations like art schools, major galleries and artist run initiatives, as opposed to just the private sector.

In addition, there is considerable investment in public art through a formal program dubbed City Art, which unbeknown to many, has been the driving force behind a number of new permanent works and temporary installations popping up around the city.

Here are a few existing projects to fulfil your civic curiosity:

Earth V Sky
Two giant Moreton Bay fig trees on the Glebe foreshore are illuminated every day in an understated ode to the setting sun. The work continually monitors the sky with a ‘jail-grade’ camera, taking a small section of it with every frame and converting the pixelated image into the opposite hue – which in turn is projected onto the trees’ leaves and branches.

Playing out for just over an hour each evening, it’s designed to subtly accentuate the natural beauty of the trees without disturbing the ecosystem.

Interestingly, the renewable technology powering the work is entirely unique and iterations of such technology have been in development by the artist Allan Giddy (director of the Environmental Research Initiative for Art (ERIA) at COFA UNSW) since 1994.

WindGrid
Divert your gaze upwards at Taylor Square and you will find a constantly shifting ceiling that animates the ground with shadows. Inspired by hanging strips of bunting during Carnival in Rio, artist Tim Knowles has created little strips that waver and flutter to create a mesmerising image, reminiscent of a flock of birds – individual parts in a constant flux, though shifting as a whole.

Forgotten Songs
Tragically, European settlement pushed out around 50 types of native birds from central Sydney. Conceived by artist Michael Thomas Hill, together with an Australian Museum ecologist, Forgotten Songs fills Angel Place with the sound of birdsong that is no longer naturally present.

Aspire
We pray you don’t often find yourself loitering beneath a highway overpass in Ultimo – but this one might offer a pleasant surprise. A glowing forest of golden trees, created by artist Warren Langley along with the local community, illuminates this hidden space for pedestrians and drivers alike.

In the wise words of Allan Giddy, public art helps us look at every object and our surroundings in a different way. “It’s important that we are able to walk down the street and come across something that isn’t ‘selling’ anything, except an idea in itself.”

With technology like that pioneered by Giddy and continued government support, artists will hopefully continue to escape the white cube and create temporal works in otherwise disused urban spaces that may well be in need of some light.

It can only be a good thing for our city’s public spaces. While we might be waiting for a while for our equivalent of Manhattan’s High Line, at least the Monorail will no longer be making its lonely rounds.