We hear plenty about Australians killing it in New York and LA. But a recent New York Times article has put the spotlight on our influencers in the UK. 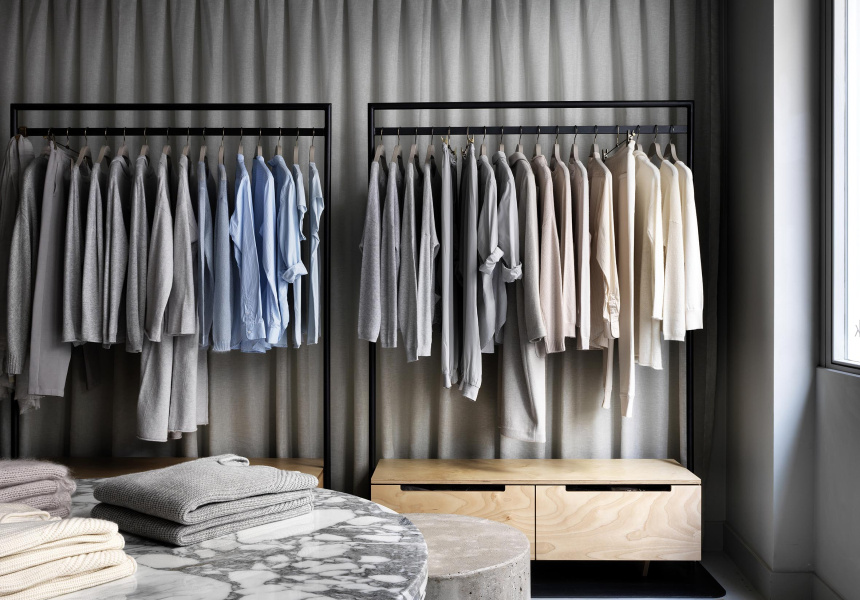 A week ago, The New York Times published an article called The Culinary Wizards of Oz, drawing attention to three Australian chefs who are bringing changes to the dining scene in the UK, particularly in London.

The three chefs “to know now” are Brett Graham, Skye Gyngell and Bill Granger, who represent “a cuisine marked by an unfussy approach; to fresh herbs and raw greens and the humblest of roots”.

While the Times article is affirmation that there is, in fact, an Australian-style of cooking that stands up on an international stage – it did remind us that there are more Australians making their mark in that part of the world – in the culinary world and beyond.

We asked three of London’s most successful Australian brands: loose leaf supplier T2, high-end fashion basics label Jac+ Jack, and jewellery and homewares designers Dinosaur Designs, to share their stories about moving in for a slice of the London pie.

Promoting loose-leaf tea as a credible alternative to coffee, T2 has come a long way since it landed on Fitzroy’s Brunswick Street in 1996. T2 can now claim nine retail outlets across London and 65 across the world. Since it opened in London 18 months ago, the brand has established itself as key player in a market that other international players might avoid: the English tea scene.

Darren Williams, international retail director at T2, attributes the success of the brand to carving out a distinct niche. Williams explains, “Londoners love tea, but as a loose-leaf specialist (T2 has more than 200 blends), we have an opportunity to educate Londoners on other types of tea and how they can be taken.”

His advice for brands hoping to crack London? It’s vital that your store stays relevant. “In today’s omni-channel world, shops need to offer a different level of service. If your store is boring, I’ll just stay at home and shop online,” Williams says. “We offer an example of where retail theatre still holds a value on the high street (customers are greeted by a small table displaying a selection of their teas, the iconic tea library and a tasting bar where staff share different brews with customers).”

So, what does it all boil down to? “Don’t be boring. Pick amazing locations and fill your stores with wonder and theatre.”

Jacqueline “Jac” Hunt and Lisa “Jack” Dempsey are purveyors of elegant knitwear and contemporary fashion via their label, Jac+ Jack. In March 2015, Jac+ Jack launched its first London store in Ham Yard Village, an inner-city cove scattered with independent design boutiques and upmarket apartments. And it’s gone down a treat.

“There’s a real handwriting to what Australian designers are doing overseas,” label co-founder Jacqueline Hunt says. “They’re bringing a calmer sensibility to the table. Shapes are more relaxed and fabrics are natural. The colour palette is more nuanced – completely different to what you get in London. It’s these points of difference that make us stand out.”

That being said, Londoners love colour. Jac+ Jack might offer a more neutral palate, but it’s the more colourful items (shawls of beautiful blues and piercing oranges, for example) that have proven the most popular. “Against the backdrop of the weather, there’s a natural draw towards colour,” Hunt says, only half-joking.

Her advice for those hoping to break into the London market? Quite simply, “Stick to what you do, and do it well.” The Jac+ Jack store is painted in fresh, clean colours and is very Australian in its vibe. She could have painted it an English green or a royal blue, but decided to stay on brand. The team made sure Jac+ Jack stuck to what it knew and what it was good at. Hunt concludes, “Don’t be afraid to have your own identity. Own it.”

The grand opening of London’s first Dinosaur Designs store in August 2014 (right next door to Jac+ Jack in Ham Yard, Soho) was the culmination of a 26-year love affair with the city.

Designs by co-founders Louise Olsen and Stephen Ormandy were first exhibited at the Victoria & Albert Museum in 1989, in an exhibition entitled Australian Fashion: The Contemporary Art Exhibition.

Over the following decades, Dinosaur Designs worked in tandem with the quintessentially British designer, Paul Smith, and wholesaled its products to Liberty and Harvey Nichols. What in 1985 began as a humble jewellery store now excels in the design and production of home and lifestyle pieces across a global market.

It’s wonderful to hear Olsen speak so fondly of London street style. She says, “There’s a lovely courage in the way that people choose to express themselves on the street. They wear their clothes and accessories with such pride and conviction. You can design something wild, send it across to London and off it goes. They have great eyes over there”.

To what can Dinosaur Designs attribute its success? “We headed in gently,” says Olsen. “It’s wonderful to see so many Australians in the global market, but these things don’t happen overnight. Start wholesaling – let the people get to know you first. Let the market embrace you as you come to understand it.”