Leading from the Front - Juliana Engberg

With her appointment as artistic director of the 19th Biennale of Sydney, in addition to her longstanding directorship of the Australian Centre for Contemporary Art, Juliana Engberg wields more power and influence than almost anyone on the Australian contemporary art landscape. 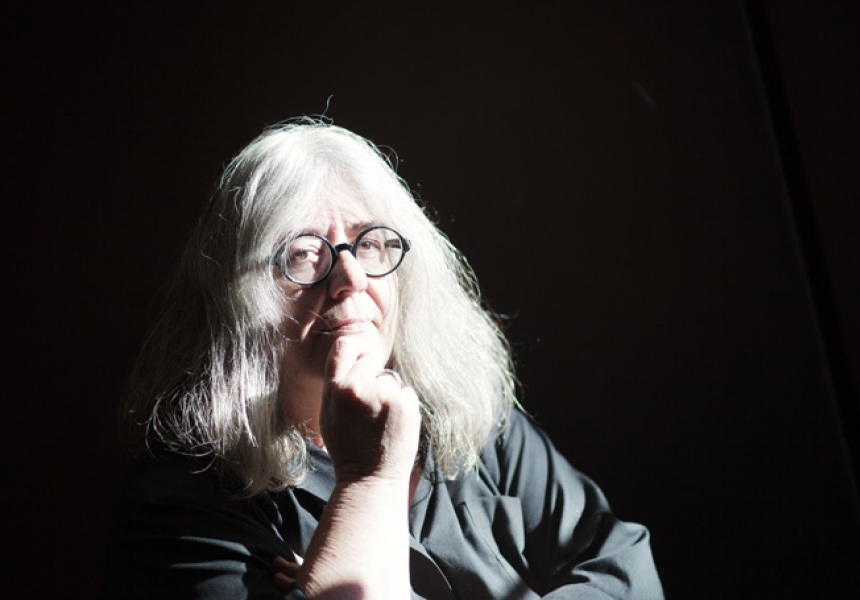 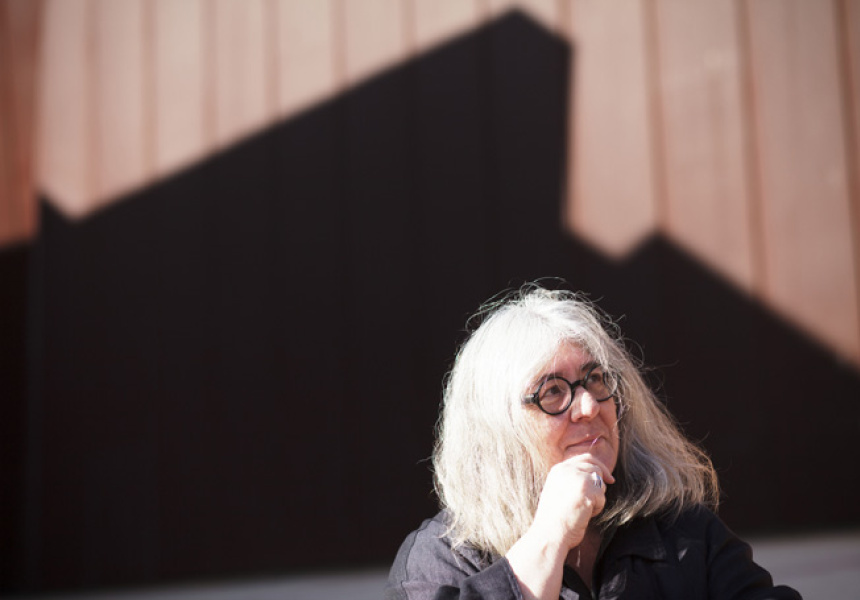 You wouldn’t think that Juliana Engberg was in the grip of jetlag. When we meet for our interview on a crisp Melbourne afternoon, she is her typically energetic if not rambunctious self – shock of silver hair, thick-framed glasses and customary black attire offsetting her whim for fast-paced, tangential conversation and regular bursts of laughter.

That she returned from a hasty research trip to Vilnius, Budapest, Warsaw, Belfast and Dublin (during which she met with upwards of 10 artists per day) less than 36 hours ago seems of little consequence. Propped in the sun flooding the courtyard that flanks Melbourne’s Australian Centre for Contemporary Art (ACCA), the 54-year-old’s renowned enthusiasm is as insatiable as ever.

“I don’t think there’s ever a wasted conversation with an artist,” she urges at one point, waving a hand as way of exclamation. “Artists are sort of active philosophers in a way, so every conversation is exciting…and has the potential to open up another way of thinking.”

And conversing is exactly what she has been doing. “I’ve set myself perhaps a slightly stupid, maybe even slightly unrealistic, goal of meeting every single person who I want to show at the biennale.” A laugh. “But it’s just hugely enjoyable for me. One of the things I like most in the world is meeting and talking with artists.”

Internationally regarded as one of Australia’s most ambitious and unapologetically forward-thinking curators, Engberg has hardly had a moment’s rest since being appointed the artistic director of the 19th Biennale of Sydney in July 2012. Aside from her duties at helm of ACCA, Engberg’s want to curate the biennale “authentically…as if it were not a juggernaut event” has seen her on the road constantly, flying between fleeting studio visits and meetings with high-profile and not so high-profile artists the world over (she estimates 500 meetings thus far).

It says much about Engberg’s attitude and approach. Long considered an ‘artist’s curator’, she has built a reputation on programming challenging, rigorous, allegorically and emotionally loaded art and gained notoriety for presenting work in manner that does away with many of the artifices held dear by most more traditional art institutions. Explanatory plaques and didactic “preachy-teachy” texts are definitely on the nose (“I don’t want to clutter up my wall space when I should be concentrating on the presentation of the work,” she says), as is a haughty front-of-house.

“We all had to suffer through the gallery ‘door bitch’ of the 80s and 90s in New York and it was just like ‘Get over yourself!’” she says, breaking into laughter. “It’s just boring. Don’t make it pompous, don’t make it more haughty than it needs to be…I don’t like people who are too cool for school.

“There’s no right or wrong in contemporary art,” she pauses. “I really want to help train the audience to believe in themselves… Their observational interests are valid.”

It’s part of much wider vision of the position, functions and posture of contemporary art; something she hopes will translate to the Biennale of Sydney, which this year is themed You Imagine What You Desire. “I’m drawn to art that has a strong idea base, that operates within a system of human knowledge,” she urges. “I think that art – no matter if it’s highly minimal and taught or highly extravagant and sexy – shares a place within the human encounter and is apt to tell you something about this time now. Art is quite good at taking the temperature of things…it’s a kind of litmus test for human thinking.”

Her decade-long tenure at ACCA – which was preceded by roles as the artistic director of the Melbourne Festival, the then Melbourne Biennial and roles at Heide Museum of Modern Art, Monash Museum of Art and the New Museum in New York – has seen her show works like the confronting, strung-up animal carcases of Belgian artist Berlinde De Bruyckere, the immersive, sensual audiovisual environments of Swiss artist Pipilotti Rist, plus anyone from Nathan Coley and Joseph Kosuth to David Noonan, Jenny Holzer, Barbara Kruger and Tacita Dean. But it has also seen her champion of younger and more experimental local artists via the gallery’s annual NEW series and various group exhibitions.

Engberg’s relationship with art stretches all the way back to her earliest years. Growing up in a “by no means wealthy” family in the non-descript outer eastern Melbourne suburb of Forest Hill, she recalls making regular trips to the city in order to buy her father – a Danish stowaway – his favourite Quists Coffee and visit the museum to study the John William Waterhouse painting, Ulysses and the Sirens, and a particular John Brack, which the young Engberg soon enough fell in love with. “That Brack painting was especially a favourite because there was a woman down in the left-hand corner who looked like my auntie Wynn,” she laughs. “So I used to call it the ‘auntie Wynn picture’.

Engberg’s career hasn’t been without controversy. Her programming is regularly bemoaned by an elder generation of Australian artists, many of whom have expressed their discontent at her bypassing of more traditional mediums. Her Biennale of Sydney appointment also raised hackles, with some suggesting it granted her too much sway in the wider scheme of Australian art. Critic Ashley Crawford went so far as to suggest she should step aside from her role at ACCA, as to allow for “fresh blood”.

It’s of little concern to the curator, who is basking in the opportunity to tackle the various artistic, spatial and social contexts that the Biennale of Sydney presents. “It’s not a cakewalk,” she says. “It’s hard yakka, but it’s good yakka.

“I find artists quite remarkable and I’m quite grateful for the opportunity of meeting them,” she pauses. “Even after all these years, I still can’t get over the fact that a whole bunch of people get up every day – without anyone asking them to – and decide that they want to pursue this thing and bring it into being.”