More than 150 objects from the boy-king’s tomb will travel to 10 cities, before going on permanent display in Egypt. 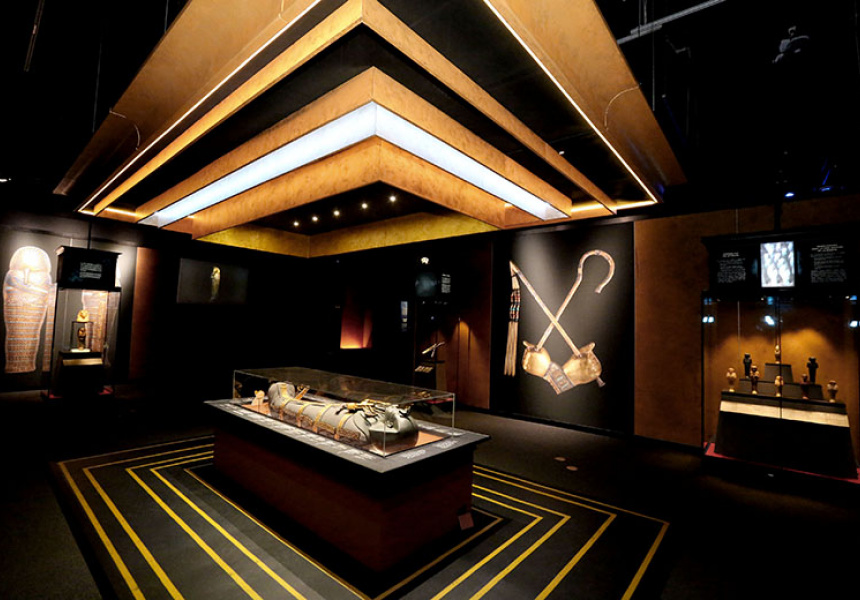 Sydneysiders will have the chance to get up close and personal with the contents of King Tut’s tomb in 2021. As part of the exhibition Tutankhamun: Treasures of the Golden Pharaoh, more than 150 objects from the boy-king’s tomb will travel to Sydney, before returning home to Egypt to go on permanent display.

“The Tutankhamun exhibition is a game changer for Sydney and Australia. Sydney is the major cultural city in the Pacific/South East Asian region, and the significant upgrades to the Australian Museum will ensure we have world-class museum exhibition spaces for visitors as well as residents to enjoy,” he said in an official statement.

“As well as the transformed exhibition space, the refurbishment will also create new education facilities, enabling school student visitors to double to 100,000 a year – all completed in time to host the Tutankhamun exhibition,” he said.

With the redevelopment of Giza’s Grand Egyptian Museum underway, the tour will be the first and last opportunity for many to see Tutankhamun’s artefacts outside of Egypt. Of the 150 pieces in the exhibition, 60 have never been seen outside of their home before.

Currently on display at the California Science Center in LA, the exhibition features items such as the iconic gold-plated sarcophagus and the king’s alabaster wishing chalice, among other treasures. Interactive displays will cover recent scientific developments that have revealed more about King Tut’s life.

Virtually untouched when it was discovered in 1922 (unlike most others), Tutankhamun’s tomb was one of the most important and informative findings in the Valley of the King’s.

Tutankhamun: Treasures of the Golden Pharaoh will be exhibited at the Australian Museum in 2021. Specific dates to be confirmed.