Laith McGregor is Searching for Waterface

Laith McGregor pursues a childhood ghost in his new solo exhibition, Ohne Titel – (Them Listless Folk from Apocryphal), a psychedelic cascade of works that drift in and out of focus. 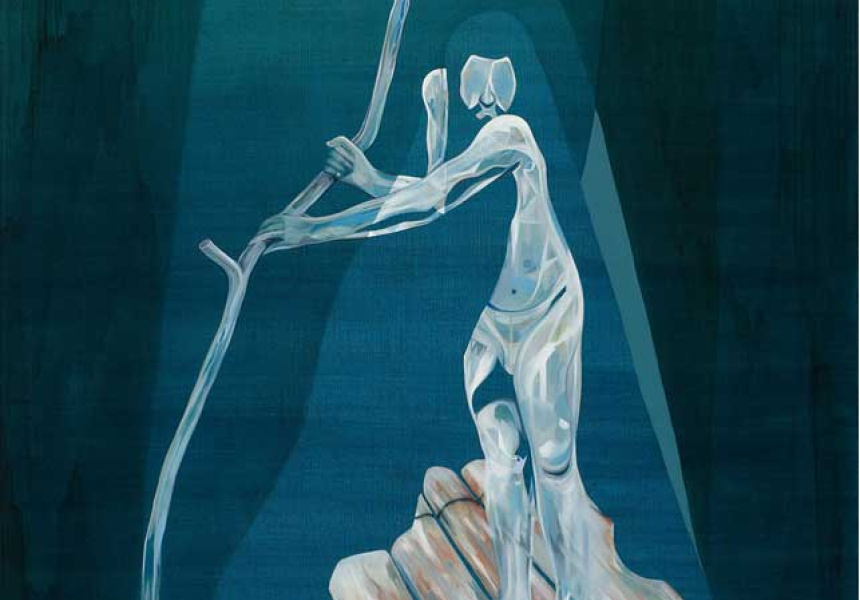 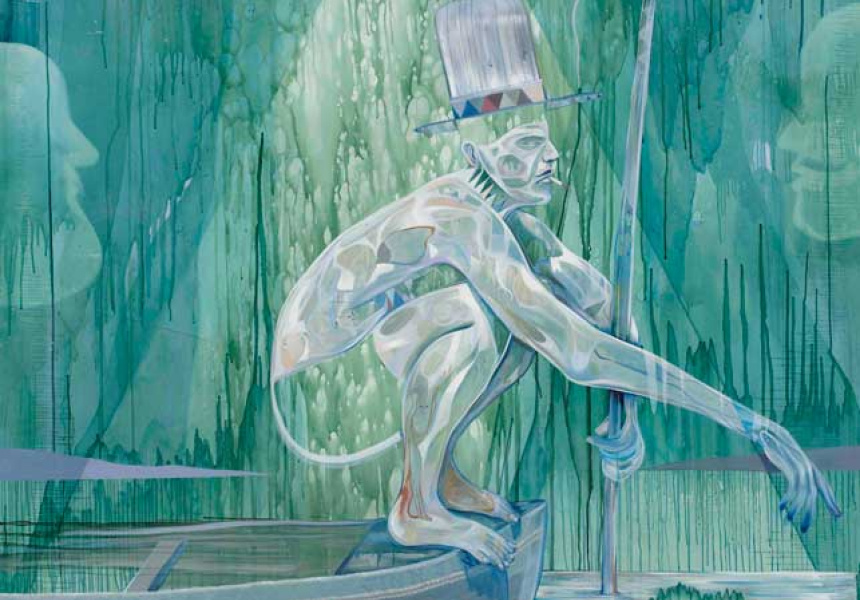 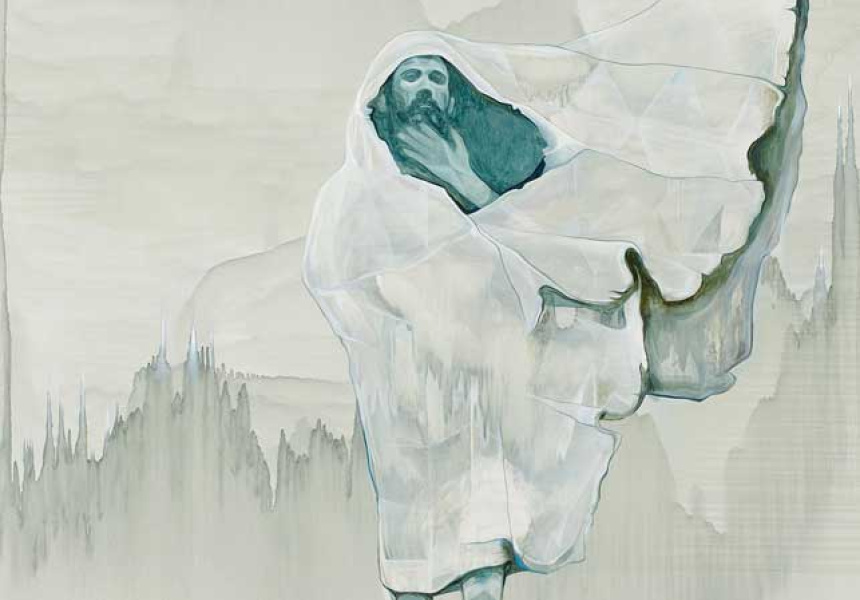 Laith McGregor was about five years old when he started seeing an imaginary figure he called Waterface.

“I would see him everywhere,” he says. “His face looked like moving water, very fluid and always changing, but his body was static. I can remember his body now, but not his face. His face never had an identity.”

In his latest body of work, Ohne Titel – (Them Listless Folk from Apocryphal), McGregor chases the elusive figure of Waterface through a “grey space between fiction and non-fiction” in a series of drawings, paintings, sculpture and video works. “I am curious as to why the figure presented itself to me, perhaps as future self, a family member of the past or simply an apparition with changing masculine identities.”

His pursuit of the childhood friend led McGregor down multiple paths of creative preparation, from researching water and its cultural meanings, to undergoing hypnosis to try to recall Waterface, to reading childhood maritime classics such as Moby Dick and Robinson Crusoe. These explorative exercises informed the works that will now fill both floors of Sullivan+Strumpf Fine Art in what McGregor describes as a mini-retrospective.

There is more than a loose thread connecting the works, but McGregor affirms that they were created intuitively rather than with too much focus on a particular narrative.

“I didn’t try to direct it too much because I wanted people to be able to make up their own narratives when they see it in the space.”

Whatever stories the audience derives from the exhibition, we hope that the endings will remain enigmatic and that the mysterious Waterface will linger on in McGregor’s practice.