An elegant new space in Waterloo aims to foster working relationships between creatives. 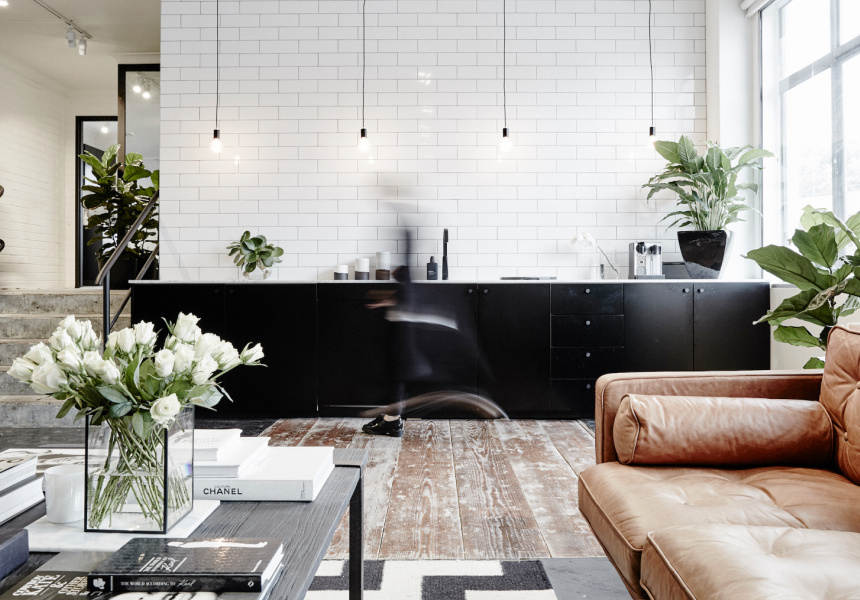 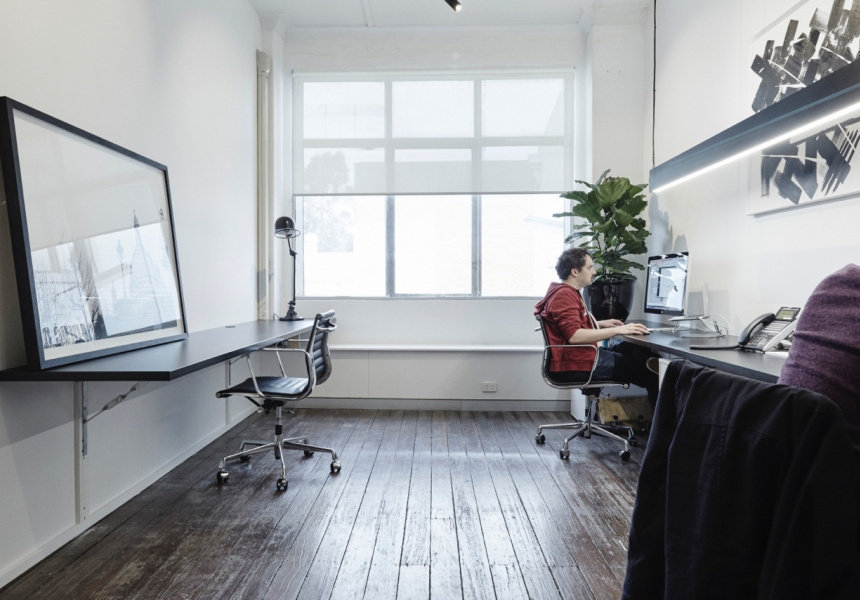 Launched in April by creative Hayley Bonham and her partner Rory Elsom, La Porte Space is a multi-functional warehouse that offers serviced office suites and studios for creative individuals.

The pair travels frequently, and wanted to bring some of the more functional communal workspaces they had seen overseas to Sydney. “Sydney can be tough, especially for freelancers,” Bonham says. “We wanted to offer a supportive environment for creatives to work together in – a space that was really functional but also suited their aesthetic.” Conveniently located in the heart of Waterloo, the space is equidistant from the city and the airport, and there are plenty of options for great coffee and food nearby.

Bonham, who is also the creative director of Bonèl PR, worked in the building next door to the warehouse and had her eye on it for years with a big vision. When it finally became available at the beginning of the year she jumped at the chance. “With Bonèl PR, we were also functioning as a creative agency and opening this space just next door is a great way for us to push forward and offer something new,” she says.

The fit-out was completed within eight weeks with Bonham herself overseeing the interior design. Office suites in La Porte are sleek and simple, with matte black walls and large square windows. Full of light and decorated with blooms by Mi Violeta, there is a communal kitchen, meeting rooms and large photography studios in the building, with more plans for functional spaces in the works.

Bonham and Elsom are still testing the waters. Pre-leasing for the second intake for the space will begin in July and they will continue to make changes throughout the year. “Our photography studio has been in really high demand, so we are looking at developing another dedicated studio space,” says Bonham.

All 16 offices in La Porte Space were leased within two weeks of launching in April and the list of applications continues to grow. Bonham has built some great relationships through her work as a stylist, which have fed into the high demand for space. The first person to take up a suite at La Porte was Penny McCarthy, fashion editor at Sunday Life and Good Weekend. “Penny knew our style and business model from our work at Bonèl, so it was great to have that kind of support straight away; after that, applications just took off.” Bonham says.

There is no real pre-requisite for applicants, but both Bonham and Elsom want to ensure that the space houses a variety of creative individuals from different industries. “We are careful not to have too much of a fashion orientation, we’ve got fashion bloggers like Margaret Zhang and Nadia Fairfax working from the space, and we've got filmmakers, art directors and designers.” It’s clear working in proximity with diversely skilled people works – multiple collaborations between occupants have already taken place.

At the end of each month on a Friday afternoon everyone gets together, to eat and greet, “to foster the exchange of creative ideas in the space that may lead to future projects and collaborations.”