Keeping an Eye on Monocle

We chat with Monocle’s design editor, Hugo Macdonald, about the importance of being a man on the ground, and how being in constant transit is the most efficient way to work. 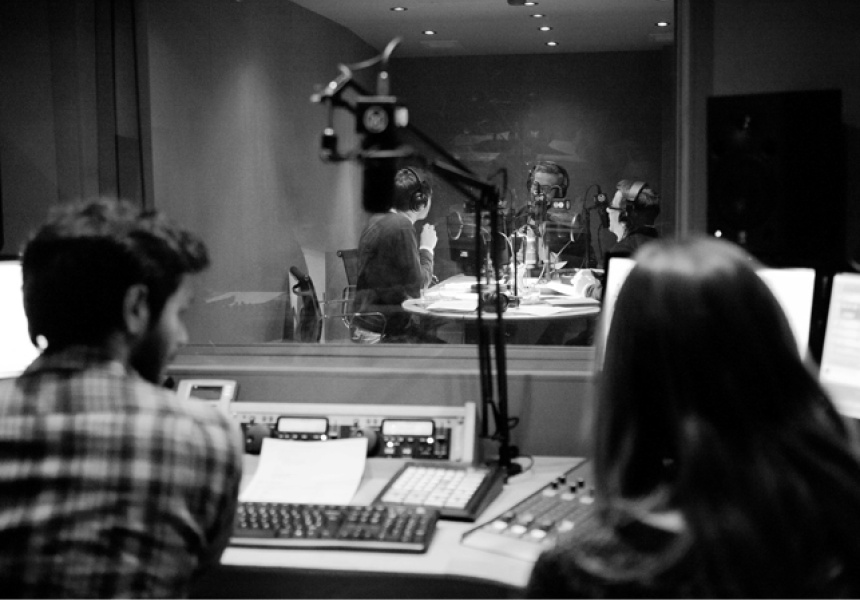 To “keep an eye on the world” is a bold endeavour, but one that London-based magazine Monocle proposes to undertake, so their tagline professes. But it’s this mission statement that has set a tone for the international publication, which has become a highly influential cultural distinguisher in the short time since its launch in 2007 by founder and editor in chief Tyler Brûlé (Financial Times columnist and founder of Wallpaper magazine).

Already, Monocle feels like it has been a global player much longer, establishing a readership worldwide, penning a smart brand of journalism on a broad range subjects from design and culture to politics and fashion, all wrapped up in a sharp, neatly designed magazine and dispatched to over 50 countries around the globe.

And the Monocle team does things its own way. While it’s hard to imagine that a media brand with such wide reach and cultural influence doesn’t use social media, within Monocle’s walls, it makes perfect sense. “Tyler is a big believer in old media, or traditional media so we don't have a Twitter or Facebook page,” says Monocle’s design editor Hugo Macdonald, as we chat over a coffee. “Online isn't just chucking up content for the sake of trying to beat everybody else to a story.”

It’s a refreshing take within the media industry, which for the most part, particularly online, has taken the exact opposite approach, hunting for stories to get immediate clicks and chasing leads to break the news as fast as possible

“It just becomes relentless, like a beast you have to constantly feed,” says Macdonald, and perhaps he can relate. Prior to Monocle, he worked at Wallpaper, the publication Brûlé launched in 1996. The approach to publishing is more than a little different at Monocle. There’s more of a ‘man on the ground’ attitude, which translates to sending their editors out on assignments around the world constantly and racking up some serious frequent flyer points in the process. “In some ways I feel like I work much more efficiently when I'm away than I do in the office, because I sit and take endless phone calls and distractions,” says Macdonald.

We’ve met at Seven Seeds in Melbourne, near the new RMIT Design Hub on Swanston Street. Macdonald has just given a talk, along with Lexus, to some of Melbourne’s design community. Lexus also sponsor Macdonald’s Monocle radio show and have brought him down under to launch a scholarship program with RMIT, to support and foster young industrial design talent in Australia.

It’s day two of his week-long visit to Australia (Melbourne then Sydney) and in the time prior, Macdonald had spent 10 days working from Japan so he’s already adjusted to the time zone. He’s a seasoned traveller, living out of a suitcase and in hotels 50 per cent of his working life. We talk about how rare it is nowadays to work for a magazine that believes in sending you away a lot. “But what you get from that is stories on the ground, meeting people, people introducing you to their friends, taking you to places you don't get that from reading a press release or a blog,” explains Macdonald.

“It’s a risky business model [though],” he admits. “Only in so far we have to spend a lot of money to be able to keep people on the road and so you have to rely on them to be able to feedback constantly and to be able to do what we are trusting them to do. And that's what Tyler's great at, he really trusts us to have these crazy schedules and itineraries but to deliver again each time.“ With an editorial team of 45, Monocle publish in print 10 times a year from their London headquarters, have bureaus (and Monocle stores) in New York, Zurich, Tokyo, Hong Kong and Toronto and correspondents around the world reporting from Tel Aviv to San Francisco, whom Monocle rely on to feed them stories on things happening on the ground. This is an integral part of the Monocle operation, and means a lot of ears and eyes on the ground and people who really know the areas they’re based in.

In only five years, Monocle has grown rapidly and is now produced in three different formats: the print magazine (and two seasonal newspapers: Mediterraneo in summer, Alpino in winter), the 24-hour radio station and broadcast programs and films, which take up 80 per cent of their online presence and are either spin-off stories from the magazine or trade show reports.

The notion of good design is embedded across the Monocle brand, not just the design section, which Macdonald helms. It’s something he’s keen to observe while here in Australia.

And for Macdonald, being down here on the ground is the only way to do so. “The way that we work, as well as research trips, is to meet and see and then go back and digest and get ideas for things that happen in different parts of the world, in order to understand whether it’s something that would bring a story or benefit the city rather than just a shiny new building attached to a school,” he says of the new RMIT Design Hub.

“You kind of have to come and see it for yourself…because you’d never know what the RMIT meant to Melbourne from an email,” he explains of his visit, reinforcing the importance of a first-hand experience. “And even if you do get it from that, you can't really write about it with the same conviction.”