Just In: This Year’s Sydney Open Is the Biggest Ever, With New Locations and After-Dark Tours

Peek into historic venues, inspiring homes and award-winning buildings that are usually off-limits to the public. 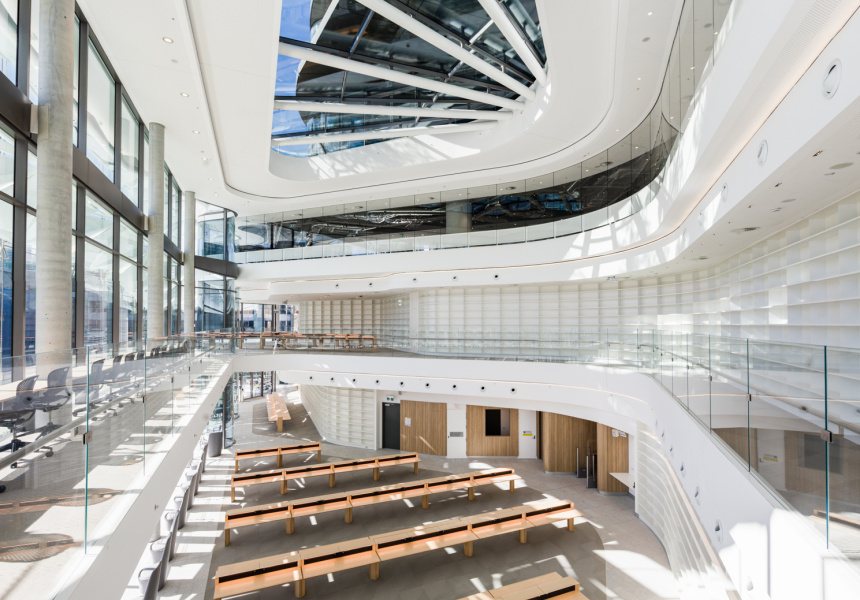 Many of Sydney’s historic buildings hold secrets and stories we rarely get to see or hear. But on the weekend of November 2–3, Sydneysiders will be permitted entry to these cherished buildings as part of the Sydney Open.

More than 80 significant buildings and spaces – including a defunct train station, places of worship, private homes and a former torpedo factory – will be open to the public as part of the festival, which celebrates the buildings that have shaped the landscape and culture of the city. The festival also recognises the significance of architecture and design in shaping the city’s identity.

New additions to the program include the Victorian Gothic-style Genesian Theatre Company, located in a church built in 1868; the Royal Naval House in The Rocks, which has stained-glass windows, a glass atrium and unique stair hall; the 120-year-old City Tattersalls Club; The Bushells Building, a seven-storey former tea factory in The Rocks; and the brand-new Marrickville Library, which opened last month in a heritage-listed former hospital.

Favourite attractions from past years will open once again, including the Baker McKenzie offices on the 46th level of the tallest of the three International Towers in Barangaroo; 50 Martin Place, a 91-year-old former government building that was refurbished in 2015; and The Great Synagogue, the oldest surviving synagogue in Sydney and one of the most striking in Australia.

This year, there’s a new series of after-dark tours on the Saturday. See views of the Botanic Gardens from the Stylecraft offices on the 24th floor of the Harders Building on William Street; take a look at the darker side of Sydney at the now-defunct Mortuary Station; or be guided through the Newington Armory.

During the day on Saturday you can tour the facilities at the NSW State Archives and Records Authority; see a rare Georgian-era residence from the 1840s that has been restored; check out the convict-built Harbour Master’s House at Dawes Point; and see St James’ Church in the CBD.

There are several ticketing options. The Sunday pass gives holders access to more than 50 buildings throughout the day, plus exclusive talks and tours. A VIP pass will enable you to skip the queues at all locations and visit VIP and members-only areas at the former mint on Macquarie Street.

This annual event is hosted by Sydney Living Museums, which is dedicated to preserving and revitalising some of NSW’s most important historic houses, gardens and museums.