Just In: The Art Gallery of NSW’s 2020 Program Has Been Announced

Henri Matisse, David Hockney and plenty of Australian artists – including Margel Hinder, a 20th-century female sculptor deserving of more attention – will be on display next year. 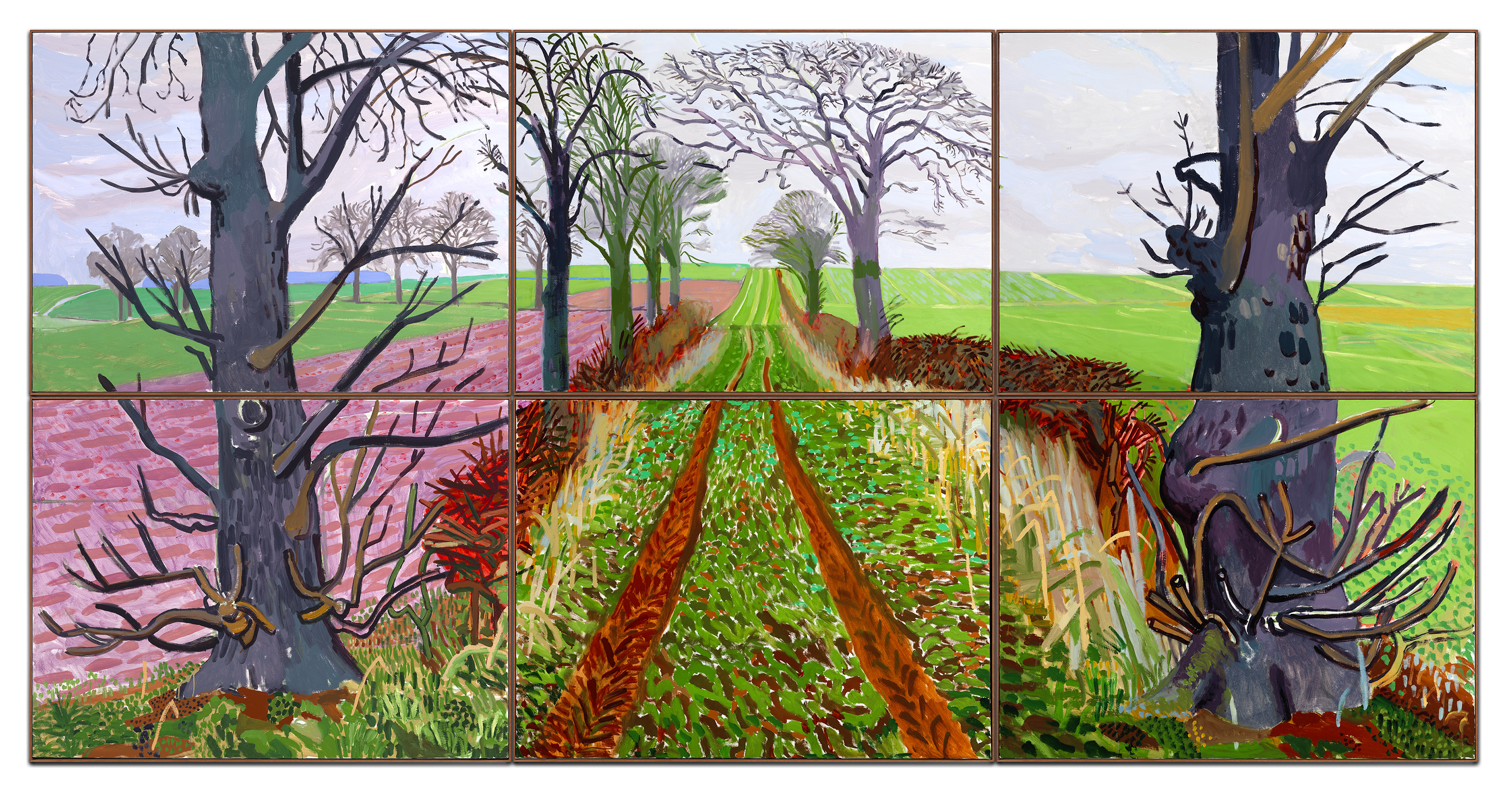 Earlier this year, New Zealand-born Sydney-based artist Angela Tiatia was entrusted with two confidential facts: the Art Gallery of NSW (AGNSW) would be bringing more than 100 works by the French master Henri Matisse to Sydney for its blockbuster 2020 exhibition, and – more personally significant – Tiatia was being commissioned to create a solo work in response to the art Matisse created during his pivotal years in Tahiti in the 1930s.

“I was super daunted and also really excited,” says Tiatia, whose mother was born in Samoa and whose art engages with gender and neo-colonialism. “Being able to respond to Matisse being in the Pacific is really special to me.” In May she visited French Polynesia, an important historic site for the people of the Pacific. “Going back there was quite profound as a Pacific person, and I’m excited to produce a work that speaks to this centre, as well as responding to Matisse being in Tahiti.”

Tiatia will produce an immersive video as part of Matisse Alive, an exhibition of four solo works of “playful, potent and political responses” to Matisse’s art that will run concurrently with the main show. (Sally Smart, Robin White (NZ) and Nina Chanel Abney (USA) are the other commissioned artists.)

Five years in the making, Matisse: life and spirit, masterpieces from the Centre Pompidou, Paris will be the biggest single exhibition of Matisse masterworks ever seen in Sydney.

Presented as part of the Sydney International Art Series (an annual event that brings international art to the AGNSW and the Museum of Contemporary Art) and displayed in a bespoke gallery designed by architect Richard Johnson (Museum of Sydney, National Portrait Gallery), the exhibition – which will feature Matisse’s paintings, drawings, sculptures and cut-outs – will run from November 2020 until March 2021. Some works – including his 1952 collage The sorrow of the king (La tristesse du roi) – have never been seen in Australia before.

“This exhibition presents an extraordinary range and depth of the work of Matisse, one of the world’s most beloved, innovative and intellectual artists,” says AGNSW director Michael Brand. The exhibition also includes works loaned by other international institutions, including the San Francisco Museum of Modern Art, the Museum of Fine Arts in Houston and the Museé Matisse in Nice, France.

As the AGNSW prepares to break ground in November on Sydney Modern, its largest and most ambitious expansion to date, it’s looking to its own collections and rarely displayed works for many of its 2020 exhibitions. Classicism, which runs from March, is an eclectic selection of the gallery’s works from the 19th and 20th centuries, including Australian photographer Anne Ferran’s work Scenes on the death of nature V (1986), which draws on classicism and its revivals.

Highlights of the 2020 program include the first dedicated retrospective of Australian modernist sculptor Margel Hinder, an artist “who wasn’t as well-known as she should be, facing the double hurdle of being a woman and a sculptor”, according to curator Denise Mimmocchi. Her work proved “crucial to a set of artists furthering the parameters of modernist culture in this country”.

There’ll also be a large survey exhibition of revered Australian artist Arthur Streeton in collaboration with Heide Museum of Modern Art in Melbourne, which will include the first Streeton purchased by AGNSW ¬in 1889, when the artist was just 22.

Equally celebrated – but worlds apart – is the artwork of the late Brett Whiteley. The gallery’s Brett Whiteley Studio in Surry Hills will host Brett Whiteley Australia, an exploration of works he created in Byron Bay, the central desert of far-north Queensland, and the central-west of NSW. The hot, arid scenes are in direct contrast to the Brett Whiteley Lavender Bay exhibition, which opens this Friday and runs until May 2020. It celebrates his famous depictions of Sydney Harbour from his Lavender Bay home, including The balcony 2 (1975).

The AGNSW has recently boosted its team of indigenous Australian curators, and in July the gallery will present Joy, objects and short films from across the Central Desert that celebrate the joy of making and sharing culture. The exhibition includes the work of Sally M Nangala Mulda, whose playful acrylics on canvas were recently seen in multi-gallery exhibition The National.

Brand will put on his curatorial hat for Some mysterious process in April, which will explore how the gallery collects pieces by highlighting the international contemporary art it’s amassed since 1970. The works of English artist David Hockney, contemporary New York artist Dina Schutz and Japanese artist Takao Iijima (better known as Ay-O) will be on display.

The AGNSW’s much-loved regular fixtures – including Art Express (from February through April) and the Archibald, Wynne and Sulman prizes (from May through September) – will all return, too.