And artist, actor and writer Meyne Wyatt has been awarded the Packing Room Prize, becoming the first Indigenous artist to win any Archibald prize in the award’s history. 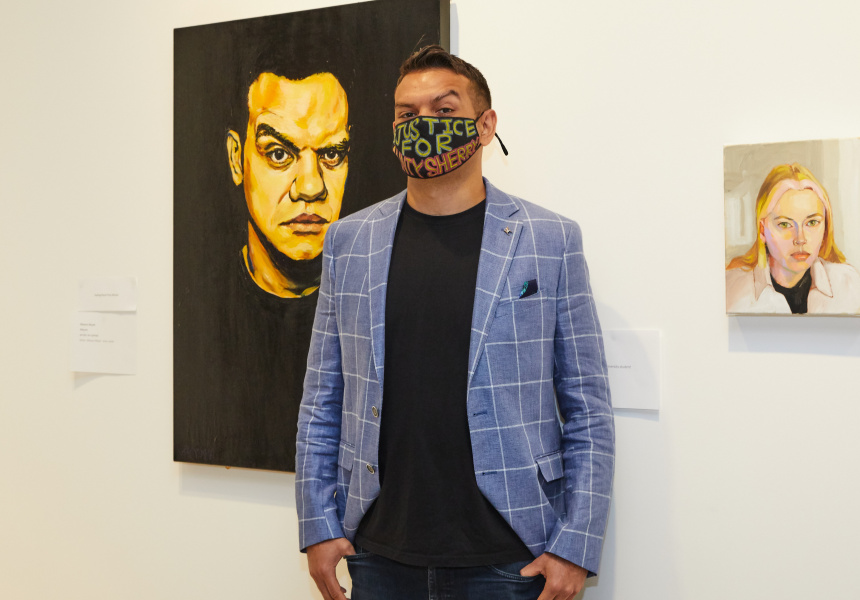 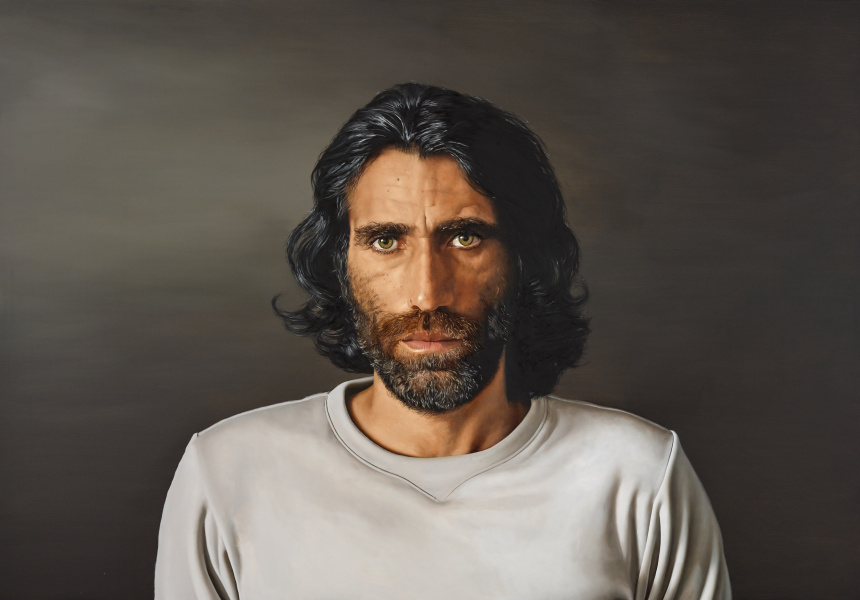 In a year that continues to break records for its grim statistics, the Art Gallery of NSW (AGNSW) has a number of record-breaking figures of its own – and it’s all good news.

In a welcome reminder of normal life, the AGNSW has unveiled its annual Archibald, Wynne and Sulman Prize finalists – and this year there are a number of firsts. Not only has the prize received the highest number of entries ever across the three competitions – 2565 in total, 10 per cent higher than the previous record set in 2012 – but there’s a record 10 Indigenous sitters among the 55 Archibald finalists, and a record 26 Indigenous artists among the total 107 finalists.

One of them, actor and writer Meyne Wyatt, has received the $1500 Packing Room Prize (selected by head packer Brett Cuthbertson) for his self-portrait Meyne. He is the first Indigenous artist to win any prize in the Archibald’s 99-year history.

The Wongutha-Yamatji artist made headlines in June when he performed a powerful excerpt from his play City of Gold on Q&A. Known for his work on The Sapphires, Neighbours and Redfern Now, Wyatt was encouraged to enter this year’s Archibald Prize by his mother Susan Wyatt, herself a former Archibald Prize finalist for her 2003 portrait of writer Doris Pilkington.

“It was just a Covid project at first, then mum said I needed to enter it in the Archibald. She gave me the courage to be so bold and in a way that’s the essence of the painting and what it reflects – to be bold,” Wyatt says.

There are some familiar faces among the Archibald portraits, which the rules state must depict someone “distinguished in art, letters, science or politics, painted by any artist resident in Australasia”. Hip-hop artist L-Fresh The Lion; rapper, writer and activist Briggs; singer-songwriter Ngaiire; artist and musician Phanos Proestos; and singer Deborah Conway all feature in the line-up.

Political figures are represented too: federal Labor leader and music lover Anthony Albanese is portrayed like a musician on an album cover, NSW Energy and Environment minister Matt Kean is depicted in a silver skivvy holding a flaming waratah, and New Zealand prime minister Jacinda Ardern makes an appearance on a monochrome silk canvas.

Artists received extra time to complete their entries this year, as the competition was delayed due to Covid-19 – and curator Anne Ryan says many of the Archibald and Wynne finalists feel of their time.

“The Wynne [which focuses on landscape paintings and figure sculpture] has a very 2020 flavour because there are works that engage directly with droughts and fire,” she says, referring to paintings by Lucy Culliton, Julianne Ross Allcorn and Luke Sciberras.

“Even if the portraits don’t speak directly to a story about Covid, there’s a more sombre mood. Some of them are quite assertive in their unapologetic message, lots of images of faces making us think, that have something to say.”

There are trailblazers who have captured the nation’s attention – Angus McDonald’s portrait of refugee writer and advocate Behrouz Boochani; Thea Anamara Perkins’s diminutive portrait of her grandfather, respected Sydney elder and Indigenous activist Charles “Chicka” Madden, who is depicted in a moment of reflection; and Justine Muller’s portrait of her late godfather – union leader, activist and environmentalist Jack Mundey.

“There are some serious pictures and stories being told, but also some really great stories about resilience, intimacy and affection; people who are really making a difference to our culture,” Ryan says. “And you can only experience that energy and real sense of what the artist is trying to say when you’re in front of the works.”

The Archibald, Wynne and Sulman Prize exhibition runs from September 26 until January 10 at the Art Gallery of NSW before travelling to regional galleries.