Josh Pyke: The Beginning and the End

Following the release of his fourth studio album, Josh Pyke offers us a candid view on his new record, juggling roles as a touring musician and family man, and looking forward after 10 years in the industry. 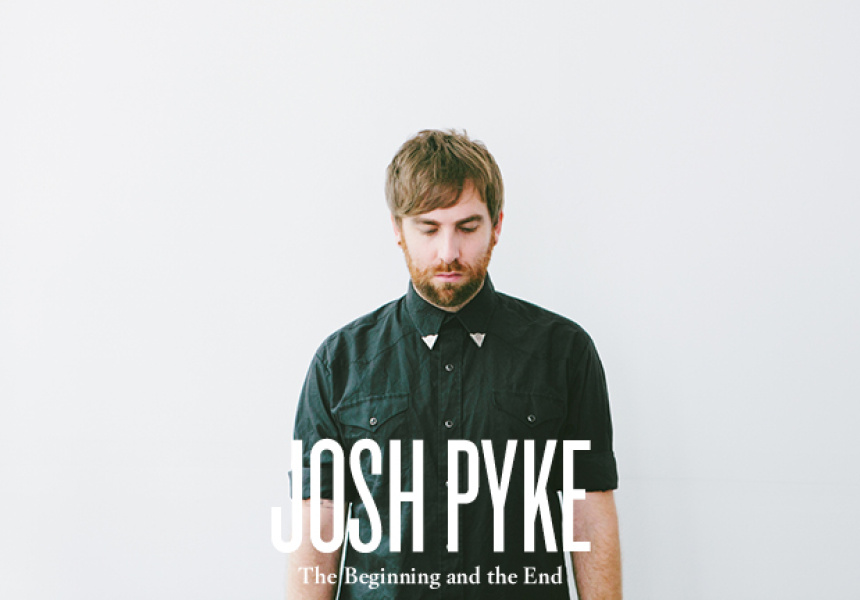 Josh Pyke is in a buoyant mood, and it comes as little surprise. A mainstay of the Australian music scene, the singer-songwriter is about to embark on his latest national tour and has just released his fourth album, The Beginning and The End of Everything, and declares it his favourite to date. “I think I was in a really good place when I recorded it,” he says. “I love all of my other records, but there’s been some element of struggle with all of them.” [fold]

The struggles he speaks of were both technical and emotional. During the time of recording his 2011 release, Only Sparrows, Pyke temporarily experienced a stifling writer’s block. “I was in a pretty dark place back then, and for this record, I feel like the clouds have parted and the writing process was by no means easy, but I felt really creatively inspired and that pushed through and carried on into the making of the [new] album.”

Those familiar with Pyke’s previous works will know of his inspired lyrical imagery. In The Beginning and The End of Everything, he has explored themes of legacy, death and desire, but they’re not to be mistaken for morbidity, Pyke explains. “[It’s not to be read] in a tragic way, but in the sense of…fearing death because you have so much to live for. It’s a positive thing.” He adds: “The main thing is legacy and desire…aspirational desire in figuring out what you want in life and what’s important to you seems to be a big theme on the album as well.”

Pyke recorded the majority of the tracks for the record in his home studio in Sydney. Not to be confused with bedroom recordings, Pyke notes that his DIY studio is fairly large with state-of-the-art equipment. “It’s actually a lot easier [to record] because you can do it whenever the inspiration strikes.” The convenience of the home studio comes in especially handy for Pyke, as he has a small family, and three months ago welcomed the birth of his second son.

Although Pyke’s touring schedule can be extensive at times, he seems to have mastered the art of work and life balance. “I feel pretty excited about it because it’s a chance to get out and play the songs, but I still get to have a fairly good balance between work and family life. I always find at the end of 18 months of touring and being at home, touring and being at home I feel the need to spend a solid few months here and not go away.”

For the impending release tour, Pyke has already sold out both Melbourne dates and his Newcastle show, with Adelaide verging on selling out. “I feel very excited and lucky to sell shows out, 10 years into my career…it’s basically all it is, is your relationship with your fan base and your supporters. It’s incredibly important.”

Pyke showed his gratitude to his fans directly by performing intimate shows on a tour he aptly named ‘Fans First’, with ticket sales offered only to those who pre-ordered his album. “It’s a way to reconnect with your core fan base and say thanks to them and play them the new tracks before anyone else hears them and just catch up in a way,” Pyke says.

“After four albums, I really feel like it’s more than a fan-artist relationship, it’s like we’ve become a part of each others lives…people tell me my songs were played at their kid’s birth and their weddings. That stuff is more than just the passing liking of an album and coming to a show. I think about it every day and I don’t take it for granted.”

Josh Pyke will play at the Enmore Theatre on August 23.