On The Brink with The Jezabels

Hayley Mary, lead singer of The Jezabels, talks to us about their new album The Brink, festivals, the advantages of being label-free and the band’s Sydney Opera House anticipation. 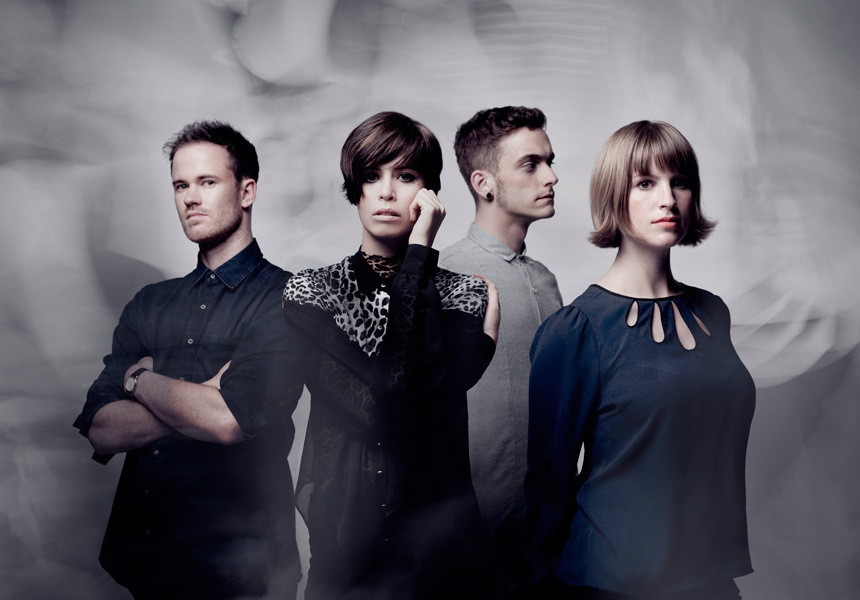 The Jezabels love a live show. Sydney born and bred, the disco-pop-alt-rock four piece has scored a double billing at the Sydney Opera House this month – a fitting tribute to the band’s relationship with its hometown. Hayley Mary, Nik Kaloper, Samuel Lockwood and Heather Shannon met at high school and Sydney University and with two albums to date, the group’s work has gone from strength to strength.

After two years of straight touring to celebrate its first record, Prisoner, The Jezabels returned to the studio for most of 2013. From those sessions came their sophomore album, The Brink. “I think the song writing benefited from having done a lot of touring. We wanted to write something that worked live,” says lead singer Hayley Mary. “You always see everything you make as a continuation of the last, because you know your music the most intimately. But musically, it does sound very different.” This time around, The Jezabels employed producer Dan Grech-Margueret in London (who has also produced The Vaccines, Lana Del Rey and Moby). And while the song writing is “quite simple” and “less obscure”, it’s still true to The Jezabels’ sound we know and love.

When the band lent itself the invented genre of ‘intensindie’ on its Facebook page in the early days, it involuntarily stuck. Trying to describe a sound that is ‘indie’, but more ‘intense’, created more of a grey area of categorisation than anything, and it’s true that the band has always shied away from labels in general. In actual fact, they’ve never been signed by a record label. “It’s not because we hate labels,” says Mary, “but at the time, when labels were interested in us, we were making a pretty good living on our own and we didn’t feel we needed them.” The Jezabels doesn’t rule out the possibility of a signed future, but creative control is something it won’t compromise on. “I don’t know if many labels would ever want to sign us with that condition.”

Even given their huge success, Mary is surprised by how often the band is invited to perform, let alone at the Sydney Opera House; “I never really thought we would be appealing in a general way,” she says. “[Sydney Opera House] is the cultural pinnacle of this country, it’s a really, really beautiful building. I’d really like to live in the moment that night because sometimes you forget that your life is really great.”

The Jezebels play at The Sydney Opera House on April 28 and 29.

WIN a double pass to The Jezebels' show on April 29, to enter email your contact details to sydney@broadsheet.com.au telling us in 25 words or less your favourite track by The Jezebels and why.