After The Show With Karen O 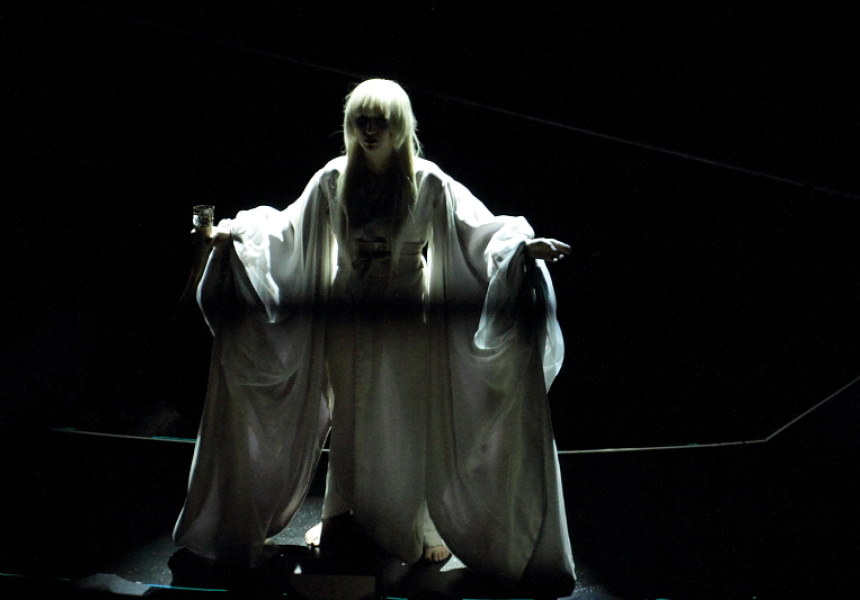 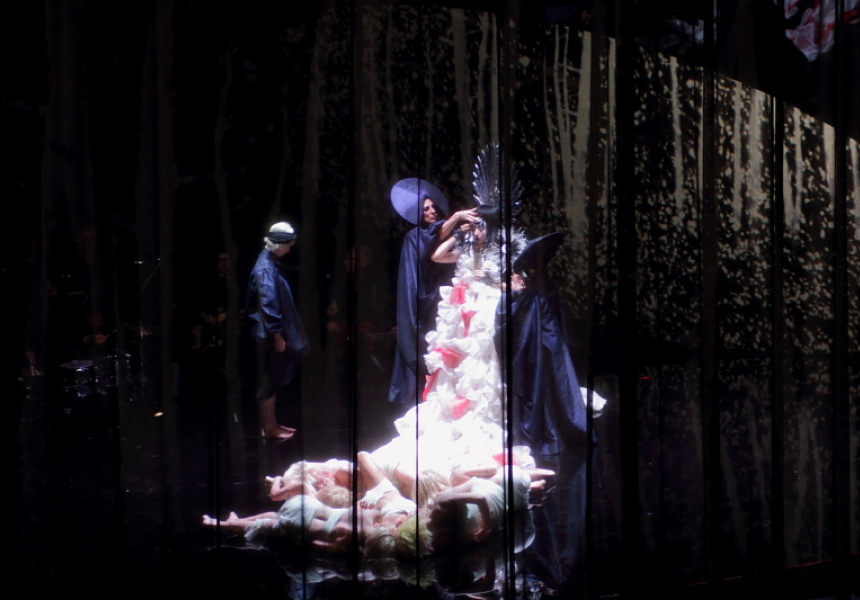 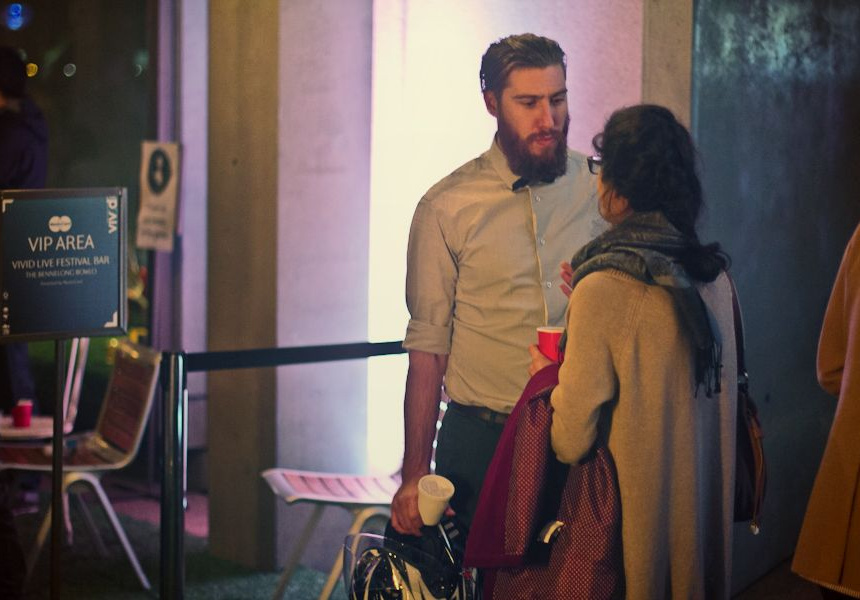 Last night at the Opera House, Karen O took our breath away last night at Stop The Virgens, a collaborative work with KK Barrett (production designer behind such films as Being John Malkovich and Lost in Translation) and Adam Rapp (indie theatre/film director of Red Light Winter and In Treatment). To celebrate its Australian premiere, we partnered with the team at Incu for a special event with friends to launch the show, which runs until Saturday (June 2) as part of Vivid LIVE.

The work itself has been described as many things, most commonly described as a "phsyco opera". Last night, however, it seemed there was little in the show that would allow it to be truly considered an opera. Yes there were moments of grandiose visuals, a frantically waving conductor from the pit and a story line being delivered completely through movement and song, but as you can expect from O, her take on the operatic form was far from conventional.

The Yeah Yeah Yeahs front woman has been sitting on Stop the Virgens since 2005. What started as a solo project began to evolve into one that simply could not exist without visuals. So for years the material lay deeply under wraps, without certainty of when or how it would come to see the light of day. But slowly – and with great support from a who's who of New York’s music, film and theatre scenes – O's vision slowly evolved into a full scale reality of virginal dancers, priest-like sentinels, Brian Chase (YYYs) on percussion, Nick Zinner (YYYs) leading strings and keys and of course O as the leading lady. To top it off, the whole performance was reflected via the mirrored ceiling on the roof.

After last night's show it was hard to ignore the whispers of people at the bar, suggesting that the story that made little sense. But, in a way that perhaps only someone like Karen O could, the delivery of the autobiographical telling is turned on its head and contemporised in doing so. Sure, it confused and confounded and got people talking in an attempt to understand what exactly they had witnessed in this coming of age piece for O, but it also made us appreciate the opportunity to see such a brazen musical theatrics.

Thank you to our partners Incu and Vivid LIVE and also to everyone who came down last night.