We chat with the filmmaker of a new documentary about tenacious young 11-year-olds from around the world, who are having the best time of their lives. 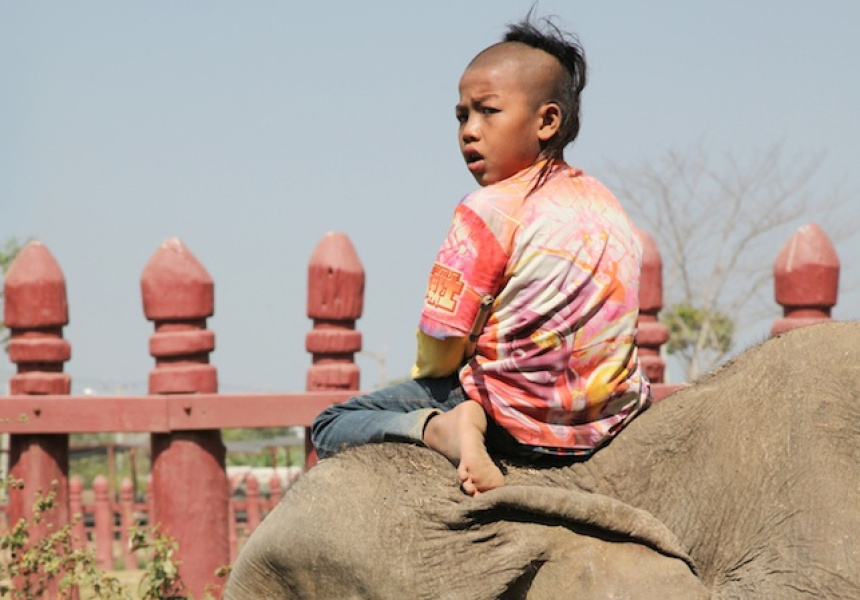 When Melbourne filmmaker Genevieve Bailey arrived in Berlin, she had no contacts and no plans, but she knew she had to be there. After working in a newsroom, confronted with a stream of dire headlines, Bailey was inspired to create something optimistic and hopeful. She thought back to her favourite age, 11, the cusp of adolescence and a time “where the world feels big in a good way and at our feet”.

So in 2005 she took off on a global journey to find today’s 11-year-olds. “I wondered,” says Bailey, “are they still having as much fun as I did when I was 11?” The result was Genevieve’s first feature documentary I Am Eleven. “I think as we get older ego gets in the way, or some people get self-conscious that they’re not going to be cool or smart enough,” Bailey contemplates. “But that’s what’s great about 11-year-olds; they just tell it how it is.”

This mantra followed Bailey across the world. In Berlin, she found Luca. Sitting crossed-legged next to a full bookshelf in her room, she imagines the future: “Maybe in the year 2222,” she says, fidgeting in her chair, “aliens will have captured the world…and humans won’t have to do anything because robots do everything”.

In France, Genevieve discovered Remi via a friend of a friend’s little sister, who had a crush on him. Remi, with his velvet accent, is unashamedly honest. “In my opinion, France is a rich and selfish country,” he says without hesitation. “I’m not a citizen of France. I’m a citizen of the world.”

Bailey says she never needed convincing that 11-year-olds were going to be interesting subjects. “But I was really excited by the fact that they were so willing to express their opinions, and did so in such a charming and insightful way,” she explains, so thrilled to have found them. “These kids have a really dynamic understanding of who they are and where they want to be… That’s something adults can learn a lot from.”

I Am Eleven is now showing at Cinema Nova in Melbourne and opens next week in Sydney and general manager Kristian Connelly believes it will truly resonate with audiences. “At the moment we’re at a cultural junction, where children are no longer children for as long as they used to be,” he says. “Greater attention should be given to the plight of people all over the world, and comparing children from one society to the next is a very clever way of going about that.”

Despite the incredible distances travelled to tell this story, Bailey was adamant she wouldn’t let the fact that she was an Australian filmmaker be an obstacle. “I never wanted to fall into that basket of [Australian] filmmakers who complain how hard it is,” Bailey says, and Connelly agrees. “It used to be a very costly process,” he elaborates, “but now that final piece of the puzzle has been put in.” With the advent of digital projection and readily accessible filming devices, it’s far easier and cost-effective to put something on the big screen. “The opportunity is enormous,” Connelly says, evidently excited.

Bailey admits there are challenges with self-distributing film, but she never thought it wasn’t worth doing. “Someone said to me a week before our premier in the US that you must’ve thought at times ‘why am I doing this, who’s even going to see it?’ and I said ‘nope’. I’ve never thought that.”

Connelly credits Bailey with a tenacity he rarely sees in other filmmakers. “A lot of them don’t apply that same sort of rationale or energy— they’ll go and make a movie and then sit on their butts and say ‘come on world, come and see it’,” he says. “It’s one of the many ways Australian films don’t find their audiences.”

If you’d asked Connelly a decade ago about the Australian film industry, he would’ve said that a stigma certainly existed. “Back then there was an absolute dearth of quality Australian cinema. Films were being made for no intended audience and they were subsequently tanking when lucky enough to hit theatres.”

Australian cinema has turned a corner now though and Connelly believes part of it is due to more filmmakers exploring a crucial question. “When people ask, who's your movie for? You need to have an answer,” he explains. Bailey knows exactly what he means. “I wanted to make something energetic, universal, optimistic and real,” she says, “and I wanted to make it for an audience. I believe that 50 per cent is making the film and the rest is getting people to see it.”

Last month I Am Eleven debuted in America with incredibly positive reactions. Bailey’s voice lifts with pure delight. “One girl put her hand up in the Q&A session after the Cleveland screening and said, ‘That was very interesting…lots of documentary filmmakers choose to show what’s wrong with the world and focus on the negative, but you decided to show us something positive, and as a kid, we want to know what’s going right with the world’.”

Yet Bailey believes that it’s not just young audiences who will be enchanted. “When you’re 80 years old you can still be 11 at heart.”