With more than 300 varieties of plants, and prices starting from $5, it’s an exhilarating goldmine for plant lovers. 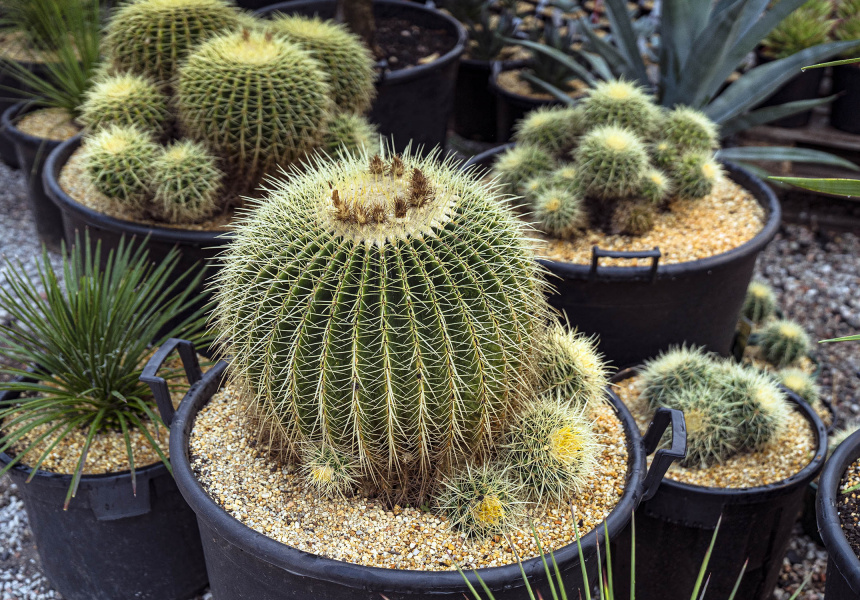 The way Margaret Cumurovic sees it, investing in plants is like gaining new pets, flatmates and family members. She runs Rare Plants and Succulents Nursery in Rossmore, a little-known semi-rural suburb in Sydney’s southwest, about an hour’s drive from the CBD. It's a relaxing “orphanage”, which stocks hundreds of potential new additions to your home.

With more than 300 varieties of cacti, succulents and agave she cannot specify the exact number of plants she has spread over half an acre of sprawling open air space. “That’s so hard to even estimate,” she says, laughing. “There’s no way I could tell you.”

Since she opened four-and-a-half years ago opposite Leppington Stable Yard, there’s been a sharp increase in interest and sales. “The succulents trend has just grown out of control and people today are totally obsessive. Initially it was people with smaller spaces like apartments coming in. But these days, I get people coming in wanting to do their whole gardens with agaves and cacti,” she says.

It’s easy to see the appeal. Not only are they visually arresting, a plant doesn’t come much more low maintenance than a cactus. “They don’t need much water, they are tolerant to the weather, and some are great for indoors and others for outdoors. So they are very versatile,” she says.

For the nursery, Cumurovic sublets land from a family who live in a house on the Rossmore property. In the beginning she opened by appointment only – adding to the boutique nature of the bucolic, urban-farm experience – but demand means she generally opens at least every Saturday. “But it’s still more of a private nursery, so it’s always best to contact us first,” she says.

Cumurovic’s skill is unearthing spectacular finds, and when she’s not meeting succulent enthusiasts at the nursery, you’ll find her on the road sourcing plants from all over Sydney. “I might travel three hours for one particular plant,” she says. “I do get some deliveries, but you are relying on someone else picking out your stock and I’m never happy with that. I like to choose them myself and that’s why my customers are happy about me sometimes not being here.”

Her secret weapon is patience – a cactus cannot be rushed. Those tiny plants in pots you see in florists are already three years old. “Most cacti and succulents live 30 or 40 years, or even longer. I have some that are more than 50 years old.”

Prices start at a reasonable $5, with plenty for $15 and $20. But more rare plants can set you back hundreds of dollars; she’s got small trichocereus (also known as San Pedro cactus) for $100; mammillaria elongata (or brain cactus, named for its uncanny likeness) for $60; and a cereus peruvianus spiralis, a tall green cactus that looks like it’s been twisted, for $600. And many more spiky, thorny, wildly colourful, stumpy and scary looking fellows, too.

“A lot of it is just little secret finds, and sometimes you happen on a goldmine,” says Cumurovic. “To get the really rare ones you need to visit the serious collectors. Some of them are now going into retirement homes and can no longer keep their plants. In some cases, the family has contacted me because a collector has passed away and the kids aren’t interested in keeping them.”

It’s one of the reasons why no two visits to her nursery will be exactly the same. “I had a customer, who first came in a year ago, [come for a] visit yesterday, and they were amazed by how much the nursery is growing,” says Cumurovic.

This article first appeared on Broadsheet on January 23, 2020. Some details and prices may have changed since publication.