How Do We Look at Art?

With art fairs becoming increasingly popular as one-stop-shop experiences, two independent Sydney gallerists discuss how, where, and how often we are experiencing local art. 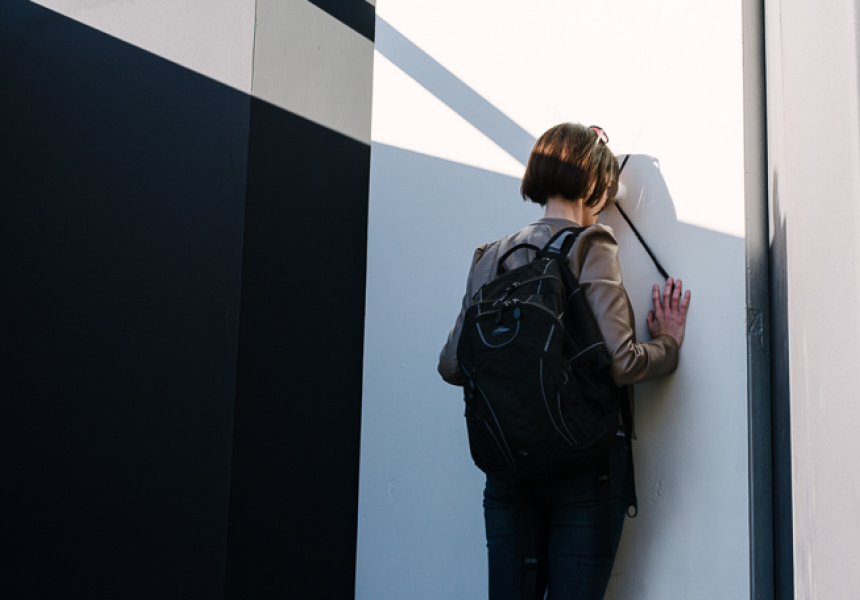 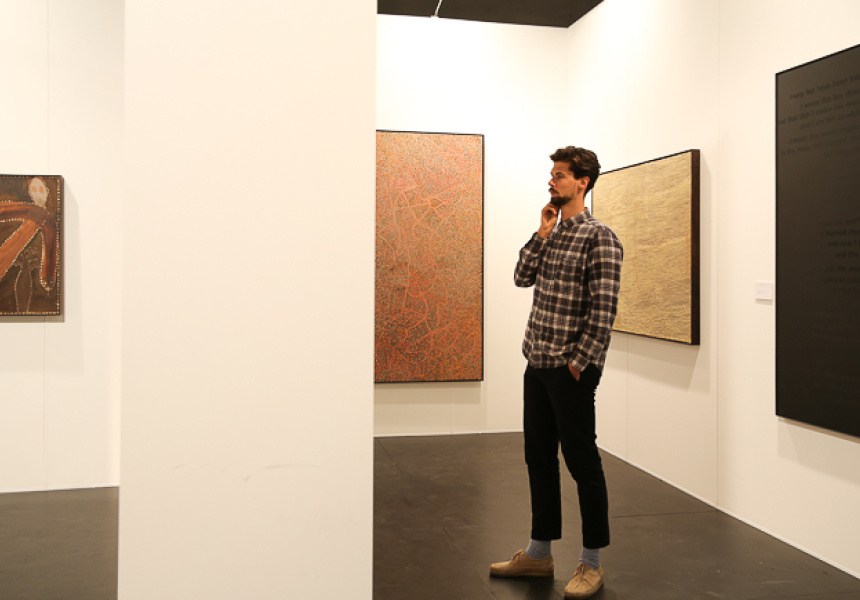 As private collectors and galleries big and small embrace the global potential of local art with renewed gusto, it feels like Sydney’s art scene is in a state of positive flux. Australian gallerists are realising that art fairs, once the domain of Asian art centres such as Singapore or Hong Kong, can be hosted right here, increasing the commercial exposure of Australian artists and galleries on home turf, in a physical space where buyers can experience and assess the work in person.

Launched in late 2013, Sydney Contemporary was just the beginning of this expansion. The four-day event claimed to draw crowds of more than 28,000, with key industry players among interested members of the public. It heralded a sense of connectedness between art and the broader community; an idealised notion that art is for everyone. But after the event, what about the rest of the year?

It’s interesting to consider how we engage with art on a regular basis, outside of highly publicised art fairs, festivals such as Art Month or Art & About, and large public galleries such as the AGNSW and the MCA. Who attends the weekly openings at Sydney’s independent galleries? Who are our local art audiences?

Amanda Rowell, director of Redfern gallery The Commercial, and a former manager at Paddington’s Roslyn Oxley9, connects distinctive, emerging and established artists with collectors and galleries. Since launching in 2012, The Commercial has engaged a diverse clientele, as individual as the artists she represents. “I sell some of the most difficult works by untried artists to some of the most established collectors,” Rowell says. Public institutions such as Artbank, the National Gallery of Victoria, Art Gallery of NSW and the National Gallery of Australia also form a significant part of her market. “Crowds at the openings differ from show to show, which is something I really value,” she says. “There’s a different crowd following each artist and they tend to be very big openings. Every gallery has its own appeal; there is overlap, but the people who go to artist-run initiatives like MOP or its commercial wing, Galerie pompom in Chippendale, are noticeably different to those that come to this gallery, even though it’s just down the road.”

Rowell uses expected forms of marketing such as electronic direct messages and social media, but a significant part of her audience is accidental. Passers-by regularly stumble upon her gallery’s street-facing space, some of them following destination guides from Chippendale’s Creative Precinct.

Rowell is keen to open her market to the broadest possible audience. As much as art is effectively reproduced in new contexts, such as on screen, she believes works must be experienced in the flesh, pointing to artist Emily Hunt (represented by The Commercial) and her strange, wormy masses of sexual organs and phallic fingers realised in shiny ceramic. “You have to get a sense of the materials and the surfaces. The weight, the tactility and the extraordinary detail,” she says. “It’s just great to stand next to, you want to be around it.”

Spectator diversity is clear, too, at Zetland art institution Sullivan + Strumpf. According to co-founder Ursula Sullivan, the biggest reason to be involved in art fairs at home or overseas is to engage with new audiences and whet the appetites of buyers. Building relationships with collectors is a lengthy process, with great attention paid to individual taste. “Art fairs are lots of fun, they have a very social feel to them and they’re essentially a one-stop shop: you get to see lots of galleries at once,” says Sullivan. “You get this immediate snapshot of contemporary art right now. Some really enjoy the research, the scholarship. There’s lots of variations in the way people enjoy art, and educate themselves about it.”

For Sullivan + Strumpf, absorbing the breadth of an artist’s work is done by looking at an exhibit within a real, physical gallery, or talking to staff away from the art fair atmosphere; getting familiar with where a work sits within the discourse of art history. The gallery’s network is ever growing, thanks to “a very relationship-oriented approach” and an instinctive selection of ambitious artists with high-quality practices. “That’s the thing about art,” says Sullivan. “It’s a way to engage with the rest of the world – it sort of takes you out of your own small world into a bigger conversation.”