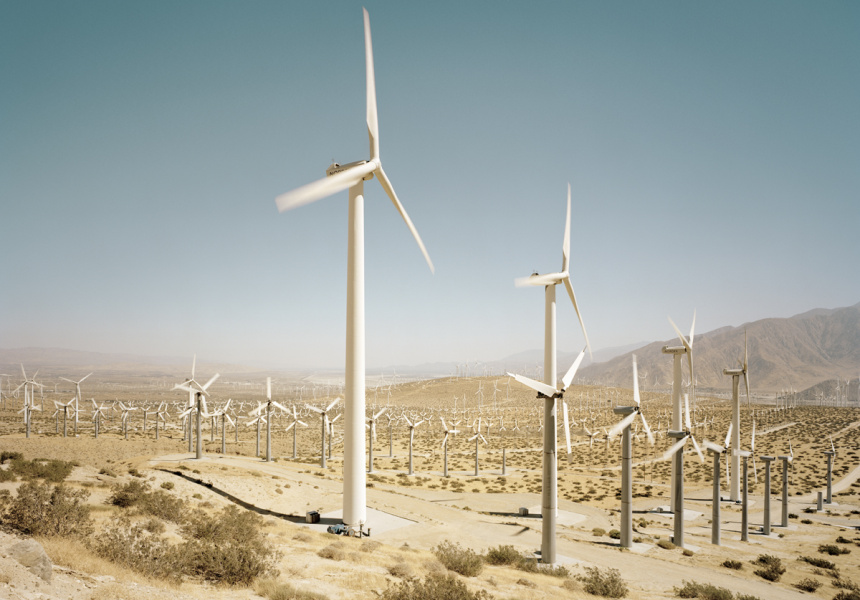 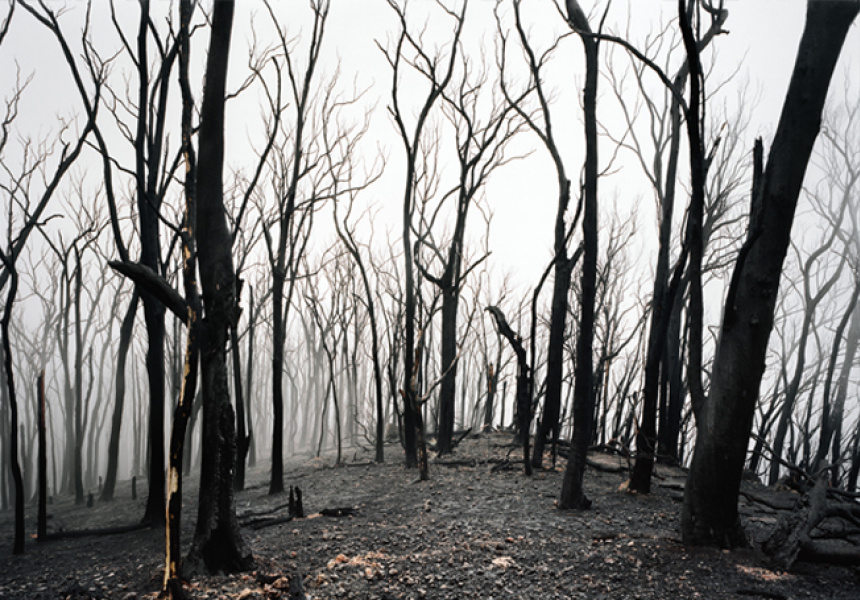 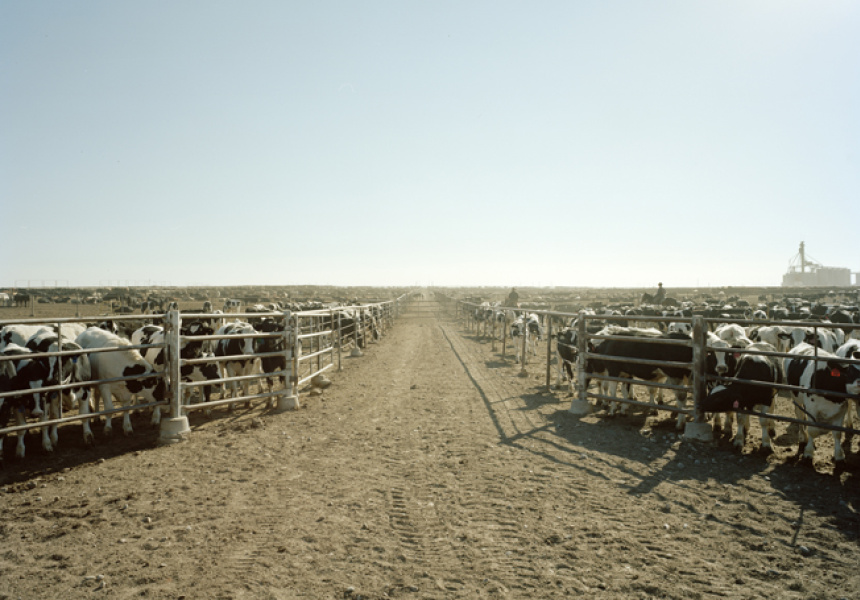 The photograph shows a road cutting through a charred landscape, burnt in the terrible Black Saturday bushfires.

To Michael Hall, the photographer who captured the image in the aftermath of the deadly 2009 fires, it serves as a stark warning of future devastation.

“It’s so evocative of where we may be heading if we’re not careful, this kind of scarred landscape,” he says.

Citing Cormac McCarthy’s post-apocalyptic book The Road, Hall fears his photograph foreshadows, “What we might end up contending with if we carry on the destructive path that we’re on at the moment.”

An exhibition of Hall’s photography charting the response of humans to climate change, The Story of Our Planet Unfolds, will open at Sydney’s Customs House in August.

Part of the motivation behind the exhibition is Hall’s disgust with Australia’s lack of response to the threat of climate change.

“We are one of the wealthiest countries and we have a real ability to literally lead the world,” he says. “Instead of doing that we seem more concerned with our bottom line and comforts and not concerned at all about what we’re leaving as our legacy.”

Through The Story of Our Planet Unfolds, Hall says he has tried to create a body of work that visually portrays to the general public the extent of climate change and environmental degradation, with the aim of generating debate and increasing awareness around the issue.

“I’m very passionate,” he says. “I want more people to be engaged. [Photography] is the best way I know how to lend a voice to this modern-day issue that we have.”

Hall travelled extensively on his mission to capture the effects of climate change on our planet. He photographed food security in Bangladesh, ice melt in the Arctic, and the oil and coal industry in China and the USA.

Not only has he travelled broadly for the project, he has found himself in dangerous situations and sometimes, on the wrong side of the law.

It was while recovering from a “horrific accident” in 2007 that Hall decided to channel his anger at the state of the world into his work. The first burst of photographs Hall took was of coal-fired power stations in Victoria’s Latrobe Valley and at Lithgow in NSW.

“I had to jump fences,” Hall recalls. “I had to do things slightly outside of the law to get the images I felt I needed to capture.”

The result was more than one run-in with “heavy-handed” security.

“They did everything but strip-search my person, they searched my car, rifled through my gear,” he says. Authorities accused him of being an “environmental terrorist”, a serious allegation in what Michael describes as the “shadow of 911”.

“It was several years after 911 but there was still this real consciousness of people out there trying to disrupt the status quo.”

A Climate Institute Creative Fellowship awarded in 2012 encouraged Hall to explore the personal side to climate change, whether in Australian communities ravaged by bushfires or in the devastated city of Tacloban in the Philippines, flattened by Typhoon Haiyan.

While Hall’s photography has served as an outlet for his anger at unchecked environmental degradation on a global scale, it has also exposed him to stories of hope.

“I’m surprised and delighted at the resilience of humans,” he admits. “When I met people in Tacloban who lost their families and their loved ones and their neighbourhoods and their houses and everything they held dear… they’re still incredibly resilient and positive, and I find that quite remarkable.”

Also giving Hall hope for the future is the huge investment into renewable energy he saw while on the road, from huge solar farms in China to massive wind turbine installations in southern California.

Underlining Hall’s optimism is a photograph in the exhibition showing one of the enormous solar farms found in China’s Gansu province. The solar panels’ photovoltaic cells “seem to be endless”, says Hall.

“It encourages me that there’s ways out of this predicament that we’re in,” he says hopefully.

The Story of Our Planet Unfolds will show at Customs House, 31 Alfred St, Sydney from July 31– September 5, 2014