Helping the Homeless From the Ground Up

Mere footwear designer, James Noakes, has started a project to support people on the streets of his own neighbourhood. 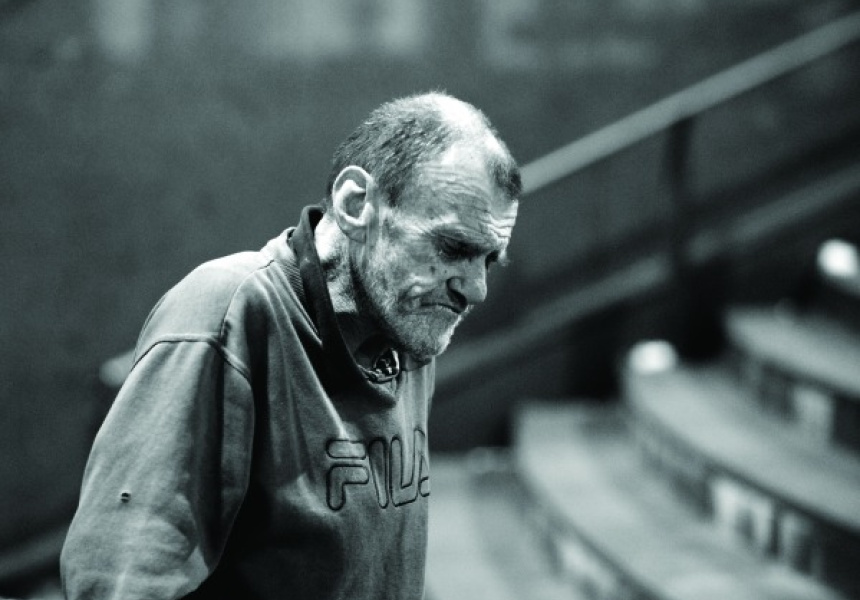 James Noakes was a bit apprehensive when he first started documenting Sydney’s homeless population. “The first time we went out I was pretty nervous. I’m not a super-confident sort of person,” he says. “Especially at night. In the Wooloomooloo area, there’s like 70 to 80 people living in tents and waiting for the food truck.”

For the Mere footwear designer the experience was an eye-opening one. With photographer Rob Domjen, Noakes has created a sensitive portrait of life on the Sydney streets. It’s a photography project called From the Ground Up that will be part of Mere’s spring/summer 2015 campaign, a book and an exhibition. The project hopes to raise funds for non-denominational charity, Youth Off the Streets.

The project began in Noake’s own neighbourhood in Manly. “I walk the dog most days past the local rugby oval, and there are a couple of homeless guys who are there everyday,” he says. “I’ve bought them a coffee a few times, and had a chat, and they’re really nice guys. Manly is such a nice little area. You think, ‘how did you end up in a situation like this?’”

To approach the documentary subjects, Noakes prepared a care package in a Mere duffle bag filled with products from local designers and suppliers, including a new pair of Mere shoes, socks, camping equipment (a thermal blanket and sleeping mat) and a canteen food pack.

Accompanying Domjen and Noake’s photos will be a selection of artworks from 27 local artists. Sales from the pieces will be spilt 60/40 between the charity and the artists themselves. “I wanted the artworks to be really colourful, but all the photos will be black and white,” says Noakes. “It’s such a strong look.”

If nothing else, Noakes hopes that with From the Ground Up, he can at least begin to address some of the preconceptions that surround homelessness – even the ones he himself held. “There’s a stigma that they might be dangerous. When you see them, you might cross the street or walk the other way,” he says. “But they’re the nicest people. It was a massive eye-opener.”

Mere is hosting the From The Ground Up launch on Thursday August 28 from 6pm-10pm at [District 01 in Surry Hills] (http://district01.com.au/d01/). Photographs from the campaign will also be exhibited on the night, and will be available for purchase on pre order, along with the book. All proceeds and donations from the night will be donated to Youth Off the Streets 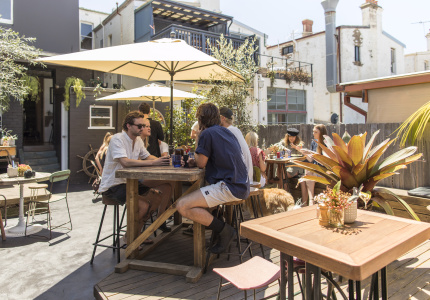