The Handcrafted World of Hermès

Watch how the artisans of Hermès construct each piece of luxury at the MCA. 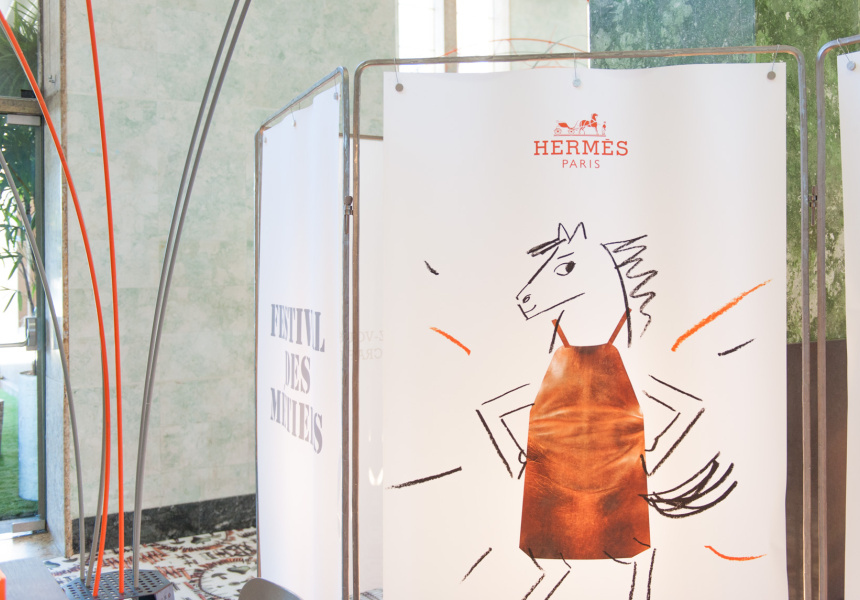 Peek inside fashion’s most coveted orange gift box, and plunge into the magnificent world of Hermès. The timeless French fashion house has brought its travelling exhibition, Festival des Métiers, to Sydney. In the Museum of Contemporary Art’s Foundation Hall there is a group of Hermès’ artisans and craftspeople – a selection of the masters responsible for the label’s famously impeccable and flawless bags, scarves and watches.

Craftspeople from the Hermès headquarters in France – each with an interpreter on standby – have been brought to Australia to help explain their creative processes and techniques. The exhibition features a leather worker (maroquinier in French), a gem setter, a porcelain painter, a watchmaker, a silk printer, a saddler, a tie maker and a silk engraver. Watch on as leather is carved and stretched and silk is washed over with colour to produce the legendary carré scarf. Diamonds are set, porcelain intricately painted, silk ties stitched and Swiss watches perfectly tuned live.

The exhibition opened in 2011 and has visited London, Shanghai, New York and Beijing. “The idea is to talk about actual craftsmanship and how it is truly fundamental for Hermès,” says executive vice president of Hermès International, Guillaume de Seynes. “To unveil not so much the secrets, but the workings and the know-how of the different craftsman.”

Hermès Festival de Métiers is a show of the finest handmade artistry in a fast-paced world of robotics and evolving technologies. “People are really keen to rediscover this beautiful craftsmanship,” adds de Seynes. “For them it gives another spirit to an object. Behind your bag there is the one person who has made it from the beginning to the end.”

Féstival de Metiers is at the Museum of Contemporary Art until October 6.