Green Square is Getting Greener

The City of Sydney invited architects to design a new park and aquatic centre for Green Square, and the winner has been announced. 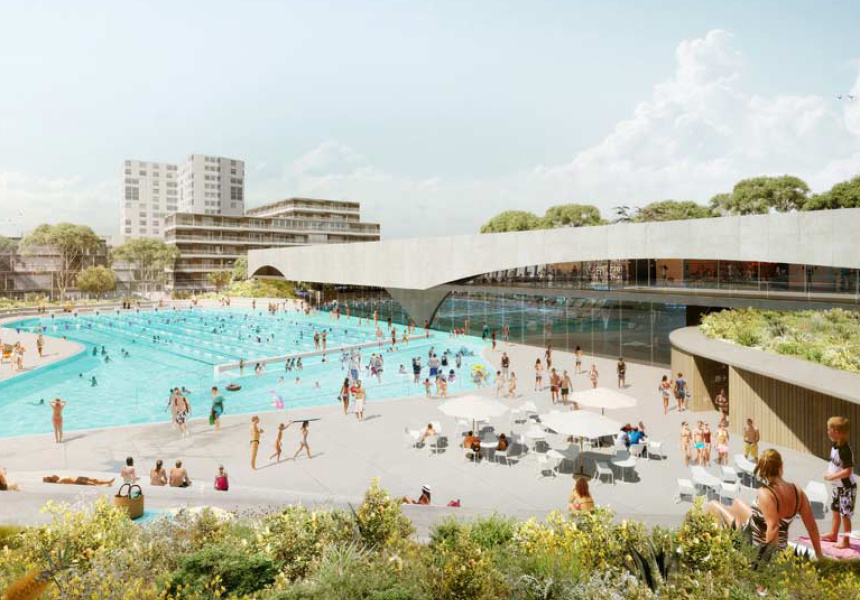 Green Square has never really been a destination suburb. Tucked in between Alexandria, Zetland and Beaconsfield, it has a train station but not much else. That’s all about to change. To liven up the formerly industrial area, City of Sydney invited architects to submit a design for a new park and aquatic centre. “Design competitions are about bringing out something that you wouldn’t find normally,” says Stephen Varady, the competition registrar. The winner, Andrew Burges Architects, with Grimshaw and T.C.L., was announced this week.

The design was inspired by the beach pools of Sydney, creating a haven in the beach-less inner west that is as much about exercise as it is about relaxing in the warmer months. “It came from a Sydney idea – the rockpools – and it was meant for Sydney,” says Camilla Block, an architect on the competition jury. The irregularly shaped pool is 50 metres, with a set area for lanes and stretching beyond that, a space for play, with a surrounding area to warm up in the sun with surrounding greenery and a large park. “I understand it is the biggest aquatic centre since the Olympics,” says Varady.

There’ll also be an indoor 25-metre pool for swimming lessons and training, also with a space for play with toys. For sporting needs, there is a full-sized, multi-purpose playing field and a gym with an outdoor training section. If you come with children, a crèche and playground provides plenty to do. “It’s very creative, very beautiful and very practical,” says Lord Mayor Clover Moore.