Glimpses of Water and Signs of Life

Twenty three years on, Wendy Whiteley’s garden at Lavender Bay still manages to find beauty in the inevitability of loss. 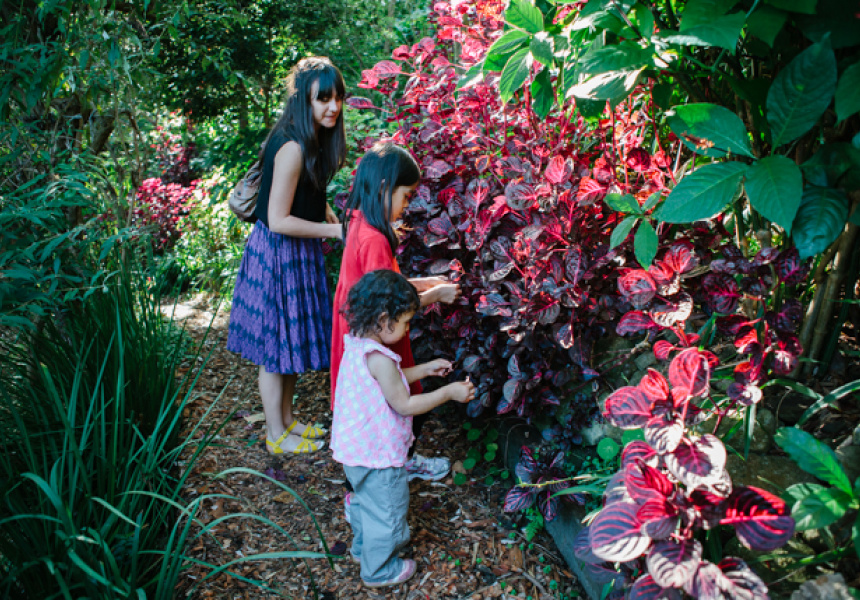 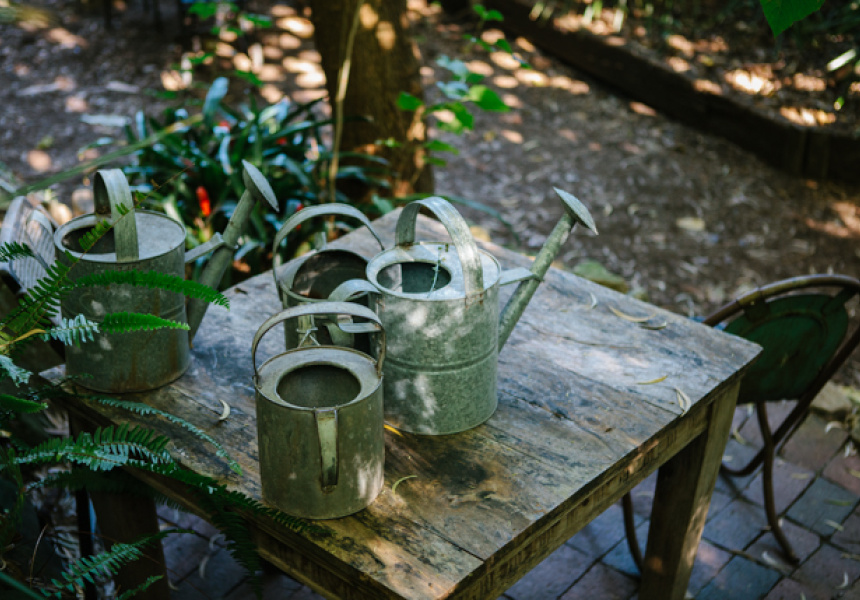 A few minutes from North Sydney’s concrete hustle, there’s a set of stairs with the promise of water at the end. You can sense the flickers of cobalt before you see them, brushstrokes that get bluer as you descend. The steps soon give way to the gnarled roots of a Moreton Bay Fig. It frames the entrance to a deep green recess, where the air is lush and thick.

“The water is really important,” says Wendy Whiteley. “There’s parts of the garden where you can’t actually see the harbour, but you know that it’s there. You’re always aware of where you are.” [fold]

In the early 1970s, Wendy’s former husband, Brett Whiteley committed this setting to canvas with the Lavender Bay series – a tangle of angular lines and buoyant colour. Marking the end of a decade spent living in New York, London, Tangiers and Fiji, the paintings imply that nothing sets you free quite like coming home.

It’s taken a lot of darkness for Wendy to realise that there’s light in this lesson. The couple might have been long separated when Whiteley died of a heroin overdose in 1992, but their relationship – which was sparked by a chance meeting as teenagers at art school and shaped by Brett’s dizzying career trajectory as much as his destructiveness – remained a defining force in both their lives.

In the wake of Whiteley’s death, Wendy – who had successfully fought her own battle with addiction – set about tackling a different kind of detritus: a 100-year-old rubbish dump by the railway yard in front of the home she and Whiteley had shared.

“It just occurred to me one day what a waste it was,” she recalls. “There was this huge hole in the ground and we took out all the rubbish, just dealt with what was there and what we could re-use and recycle – what we could plant and how we could plant into it. We built all those terraces and paths as we went along. It was very instinctive and visual,” she offers.

Wendy says that working in the garden every day became a kind of natural therapy that helped her ease the stings and arrows of life. “A garden is as unruly as people are – it does its own thing no matter what you might want,” she laughs.

History might sometimes cast Wendy as Brett Whiteley’s muse, but in her garden you could never mistake her as anything other than a creator. Ferns and shrubs create leafy constellations around winding walkways and canopies woven by palm fronds let in shafts of light. Elsewhere, tables, chairs and picnic benches appear magically in secret glades and hidden nooks double as resting places for sculptures by Van Morrison and Ian Marr.

“It’s kind of a microclimate down there,” she says. “We’ve had so much rain this year and parts of it are in such heavy shade that it’s almost like a rainforest. I’ve now introduced natives, camellias, banksias and things for visual effect. Over time, we’ve learned which things are happy and which things need to be moved.”

In the 16 years since the sudden death of her daughter, Arkie, Wendy’s garden has deepened and thrived. However, when you look around the space it’s not loss you notice – just glimpses of water and signs of life.

From North Sydney train station, walk down Walker Street towards Lavender Bay, cross Lavender Street and walk towards the harbour - pass an Indian restaurant overlooking the water and follow a set of stairs down. The garden is on the left, on the edge of Clark Park.