Getting Down with Grandma

Challenging the notion of what it means to be ‘old’, new production M. Rock pays homage to a DJ-ing grandmother who started out just wanting to get into a nightclub. 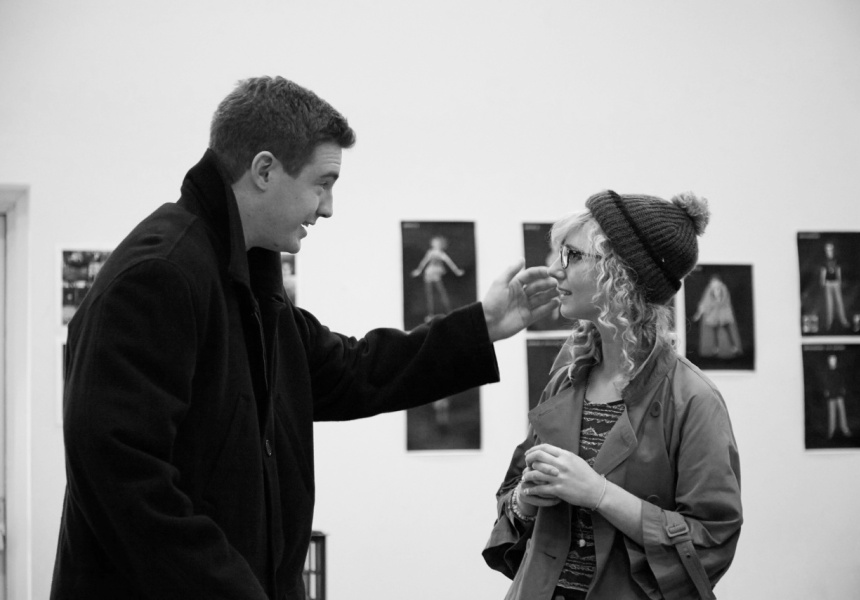 In 2010, with her trademark black wrap-around sunglasses, diamante headphones and gold lame bomber jacket, Mamy Rock – real name Ruth Flowers – certainly looked the part of one of the most in-demand DJs in Europe. But this was no ordinary DJ.

The white spiky hair was all natural. Flowers was heading for 70 years old. She was a grandmother who only discovered her love for the club scene when she was refused entry to a London nightclub – where she’d planned to celebrate her grandson’s birthday.

Flowers argued her way in. She fell in love with the thumping soundtrack and the fun being had by the crowd on the dance floor. It was then she decided she was not content to fade quietly into the background. She teamed up with a French producer and became an expert on the decks. So began a new passion in life that was about as far away from knitting as it gets.

Racking up more than 21,000 followers on twitter, a loyal, near-obsessive 44,000 fans on Facebook and even more clubbers in the flesh, Flowers challenged society’s definition of what it was to be “old”.

Sadly, Flowers passed away last month, aged 83. But not before her story caught the eye of Sydney playwright Lachlan Philpott.

A popular and respected playwright, Philpott is known for challenging stereotypes and encouraging audiences to think outside the box. Mamy Rock’s story fascinated Philpott in that it defied expectations of older people.

It also highlighted to him how few decent roles were being written for older women on Australian stages. “We’re not seeing an older female as a protagonist in a story very often and if we are they’re often quite depressing – beautifully insightful maybe – but I was interested in a play that captured what delighted me when I saw Mamy Rock on Youtube: the reminder that no matter what age you are it’s always fun to play, to dance. There’s joy in getting out there and having a boogie,” Philpott says.

And so he wrote M.Rock, the story of septuagenarian grandmother Mabel who flies abroad to find her granddaughter Tracy, who’s failed to return home from her gap year, only to fall in love with the very club scene that has Tracy in its grasp. With a storyline that spans three continents, five actors, 30 roles and a live DJ, it promises to be anything but staid and smelling of mothballs.

“I think it’s good to offer plays that make us think about ageing in a different way. That people can be celebrated at any age,” he says.

But M.Rock doesn’t just deal with stereotypes of the elderly. Philpott also believes society is too quick to dismiss its younger generations as well. “It’s very lazy to make generalisations about any generation. I find the whole Gen Y thing kind of boring and limiting,” he says. “There are so many expectations put upon young people and [for them] to over-achieve.” In M.Rock Tracy has her heart set on being a nurse but worries whether that’s enough.

A former literary associate of the Australian Theatre for Young People (who are co-producing the play. Artistic director Fraser Corfield is directing), Philpott worries there isn’t enough decent drama being written for the 18–30 demographic.

With real-life DJ Johnny Seymour (one half of Stereogamous with Paul Mac) performing on stage every night, Philpott hopes the musical element will provide a drawcard for a young audience.

“What I love about Johnny is he’s part of a community and is really conscious of the mood of a room. And he’s very kooky. Right now he’s only wearing white … Theatre has become very visual and I’m really interested in the sonic element.”

M.Rock is playing at Sydney Theatre Company’s Wharf 2 from June 12–28.