Hip-hop yoga has arrived in Bondi thanks to founder of Yoga 213, Sammy Veall. 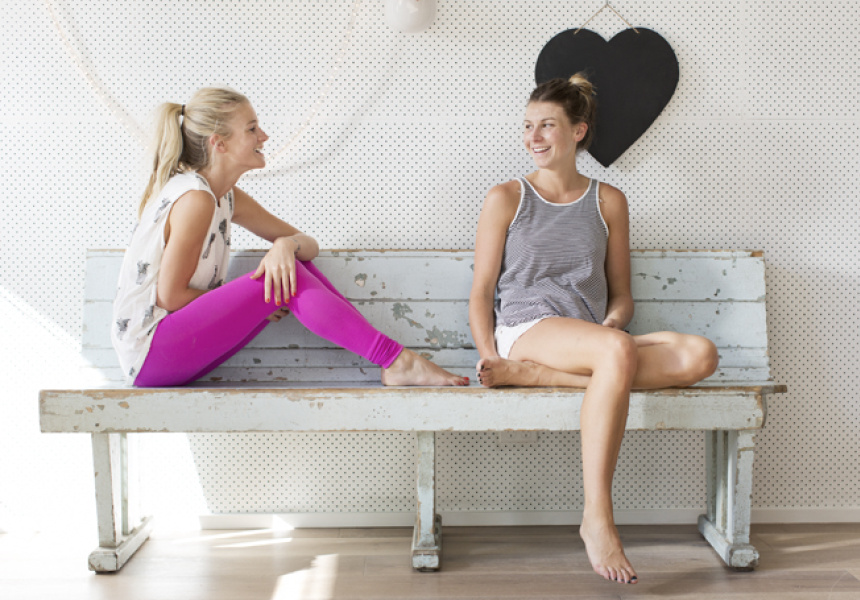 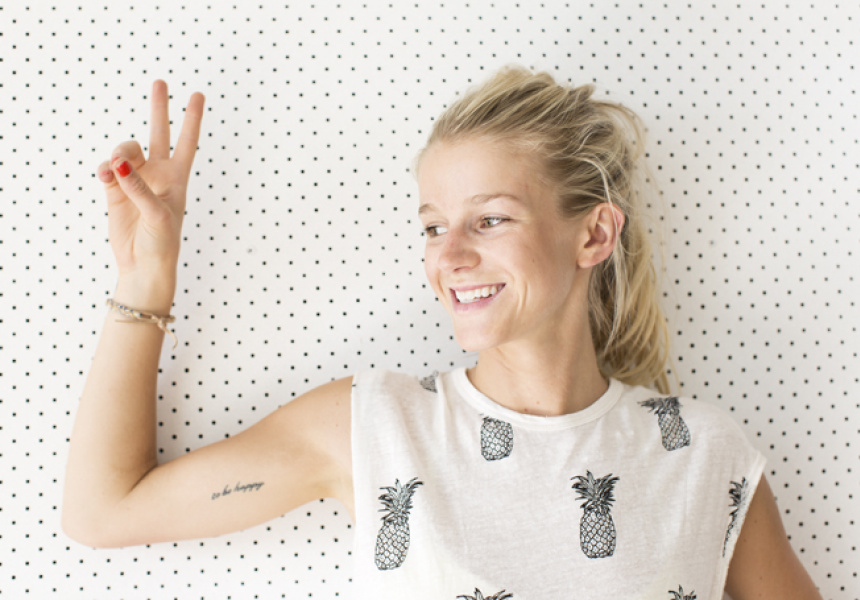 With Yoga 213, a small slice of LA originality has arrived here in Sydney. The concept is somewhat contradictory: essentially a combination of smooth flowing vinyasa yoga practiced to the sound of booming hip-hop beats. While the image of DJ decks propped up in the corner of a yoga studio might seem strange and even a little offensive – as with many unlikely pairings, the mixture comes together with some truly inspiring and enriching effects.

Yoga 213’s director Sammy Veall turned to yoga following a tragic accident leaving her body scarred with burns. She explains the yoga-plus-music concept was originally developed in LA by Steve Ross, a member of ’80s Australian rock band Men at Work, who decided to swap rock ’n’ roll for yoga, then eventually fused his love for both. When Veall encountered Ross and his re-imagining of vinyasa, she “instantly fell in love,” launching her version in Melbourne earlier this year and a second studio in Bondi this month.

“Hip Hop music is a personal favourite of mine,” says Veal. “It’s the type of music that you can really get into. All this soul and sex appeal gets translated into the music and then into our bodies when we are practicing yoga.” The studio in Bondi features a recycled timber stairway and split-level that looks out onto an open-air balcony. Classes are offered at three speeds – Hip Hop fluid vinyasa for more advanced yogis with Jay-Z, Kanye, Drake and Notorious B.I.G. playing loud; a slower paced Chill with Frank Ocean, Ray Lamontagne and Chet Faker, and upbeat Power classes with Flume and R. Kelly.

“It’s like that feeling when your favourite song comes on and your mood immediately elevates,” adds Veall. “Match this with yoga and you feel unbelievable happy and almost euphoric.”