The Trams are Coming Back

How would you redesign George Street? More than 50 years after trams last rumbled from the CBD to Randwick, the state government and City of Sydney council have announced they will run again. $1.6 billion is being spent on a 12-kilometre track linking Circular Quay and Central, George Street, Moore Park and the University of NSW. “The character of George Street will change for the better; pedestrians will be able to walk around freely without fear of being hit by a bus,” says Clare Snowden, president of the Urban Land Institute (ULI) Young Leaders Group in Australia. Construction will begin in October.

“It’s about making George Street one of the best streets in the world,” Snowden says. 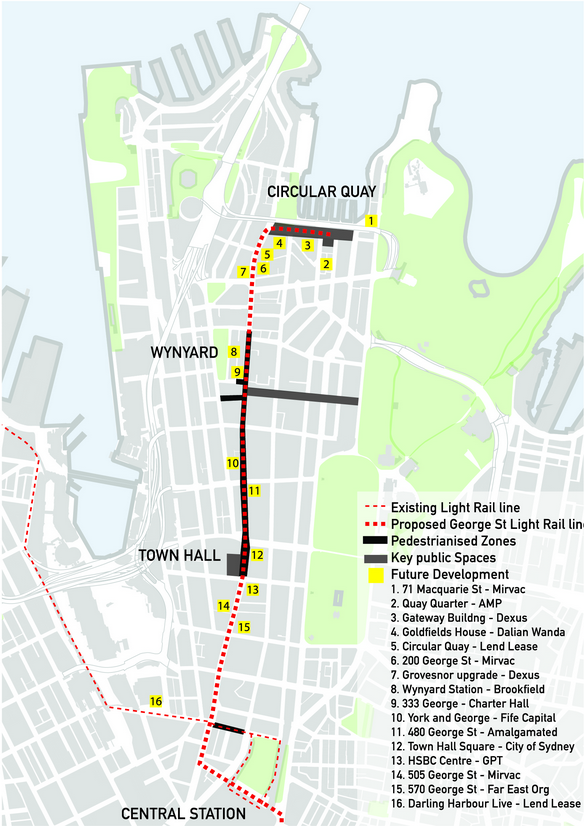 The ULI is a non-profit education and research institute. Its mission is to provide leadership in the responsible use of land and in creating and sustaining thriving communities. The YLG is an affinity group for members under 35 years old.

“Young people don’t always have a seat at the table when the big decisions are made,” says Snowden. “The competition aims to get all of the creative energy, fresh thinking and innovation that young people bring, out into the public domain.”

Through George Street, 2020 young professionals will express ideas about how Sydney’s centre can add social, cultural, ecological and economic value through public space. Judges will look for ideas that enhance public-space opportunities along Sydney’s new light-rail corridor. “Whether through design, landscape architecture or public art, there’s opportunity to create really interesting spaces between the tram line and the city’s buildings,” says Snowden.

“The millennial generation is more connected to they city than previous generations. We want to live in the city in unprecedented numbers. Whereas baby boomers typically moved out of the city when they had children, says Snowden. “It’s inherent in being young, but we think about things differently.”

The Urban Innovations Prize will be awarded to the competition winner and will include a cash prize as well as the opportunity to present their idea at ULI’s 2016 Asia Pacific Summit.

The competition is open to the public and supported by the Committee for Sydney, the City of Sydney and major sponsor Mirvac. Registration closes September 14.

Entry details are available at urbaninnovations.com.au.